As part of a major update announced on Tuesday, Tinder will introduce videos into profiles, a new Explore tab similar to Instagram and new ways for people to express themselves.

The updates bring the popular dating app more in line with other dating apps, such as Bumble and Hinge, which added video features during the COVID-19 pandemic and will allow the company’s nearly 50 million users to speak to other users prior to committing to a match.

The new videos can be up to 15 seconds long, according to The Verge, and will not be a part of the company’s paid features.

‘Tinder is overwhelmingly the most popular way to make meaningful new connections around the world, ‘ said Tinder CEO Jim Lanzone in a statement.

‘Meanwhile, a new generation of daters is asking for more from us in the post-Covid world: more ways to show off their authentic selves, more ways to have fun and interact with others virtually, and more control over who they meet on Tinder and how they communicate.

‘They also want to date in a less linear fashion, at their own pace, and with the hope that sparks might fly with someone unexpected. Today’s launch lays down the building blocks for all of this and more – a deeper, multi-dimensional experience that expands the possibilities of Tinder as a platform.’

Tinder is introducing videos into profiles, an Explore tab and new ways for people to express themselves 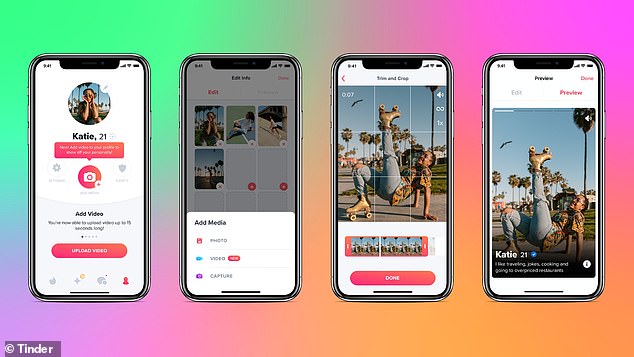 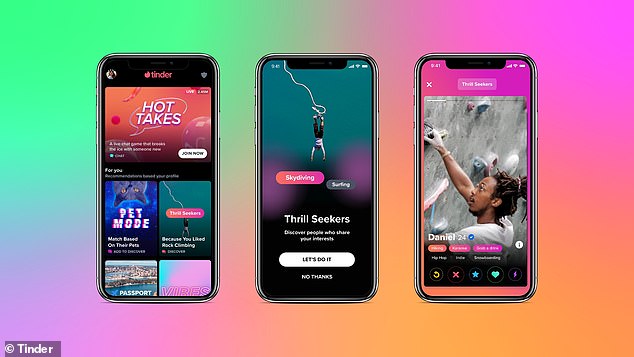 The move follows a similar update Tinder made last fall, when it introduced ‘Face to Face’ video calls.

This update gave daters the ability to chat with each other after they have matched.

Also included in the update announced on Tuesday is Tinder’s new explore tab, which looks similar to Instagram’s explore tab and is clearly aimed at Generation Z, users born between 1997 and 2012.

In the tab, people can discover other potential matches based on shared interests.

There is also a new social feature as part of the Explore Tab known as ‘Hot Takes,’ which builds on Tinder’s interactive video game, Swipe Night. 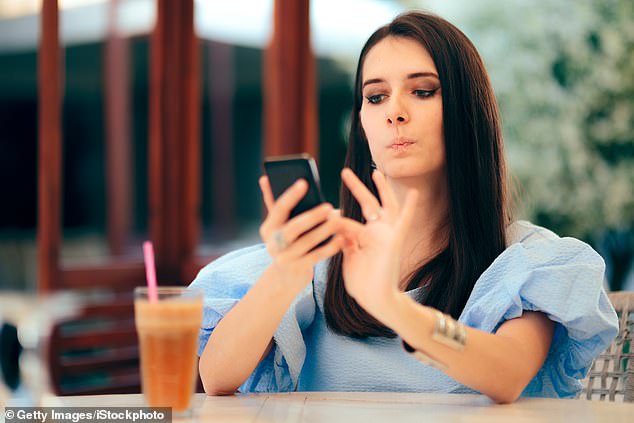 Akin to speed dating, ‘Hot Takes … gives members the opportunity to chat with someone before they match in a low-stakes session of the feature’s namesake,’ Tinder said

Akin to speed dating, ‘Hot Takes … gives members the opportunity to chat with someone before they match in a low-stakes session of the feature’s namesake,’ Tinder said in the press release.

‘As the timer counts down they’ll choose if they want to pair off as a match or let the timer expire to meet someone new.’

Hot Takes will be available everyday from 6 pm to midnight local time, the dating app said.

The Explore tab will launch later this summer, though the company did not give a firm date.