The actor who played Tinky Winky in children’s TV series the Teletubbies has died.

Father-of-three Simon Shelton Barnes, 52, of Ampthill, Bedfordshire, had trained as a ballet dancer and choreographer before taking on the role in the BBC show.

Barnes, whose character was known for carrying a handbag, was the brother-in-law of Poldark actor Robert Daws and uncle of Inbetweeners star Emily Atack. 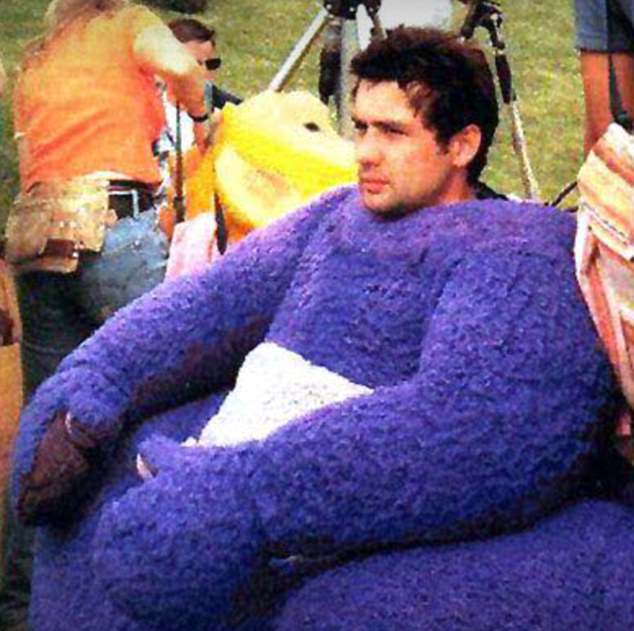 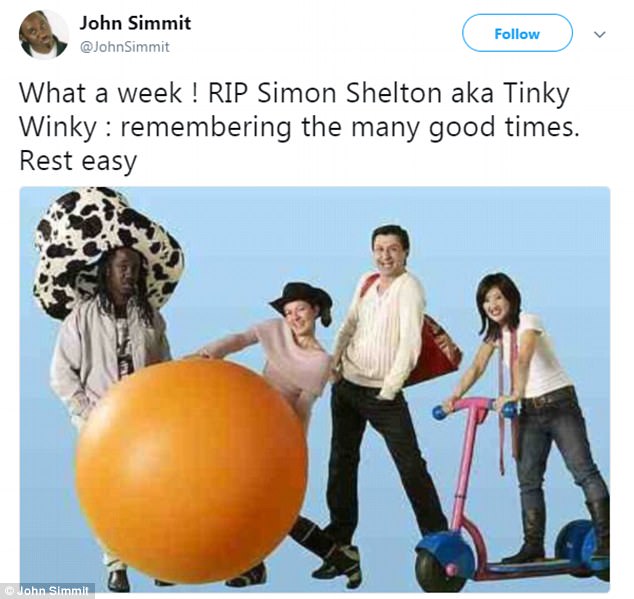 Actor John Simmit, who played Dipsy in the show, tweeted that he was remembering the ‘good times’. Simmit is pictured (from left) with Nikky Smedley [Laa Laa], Barnes and Pui Fan Lee [Po]

He died last Wednesday. Atack, who played Charlotte Hinchcliffe in the E4 comedy, said: ‘My wonderful uncle Simon Barnes has been taken from us all so suddenly.’

She wrote in an Instagram post that he was the ‘kindest and most talented man you could ever wish to meet’, adding: ‘Loved by all who knew him, and will be forever.’

Actor John Simmit, who played Dipsy in the show, tweeted: ‘What a week! RIP Simon Shelton aka Tinky Winky: remembering the many good times. Rest easy.

‘Lots of messaging between cast and crew as we became a tight bunch over six years on location. We’ll give him an appropriate send off in a couple of weeks.’

Simmit and Barnes appeared in the show – whose characters had the catchphrase ‘Eh Oh!’ – alongside Nikky Smedley, who played Laa Laa, and Pui Fan Lee, as Po.

Barnes was initially reluctant to take on the role that led to him being sent fan mail from adults as well as children and feeling like a member of The Beatles. 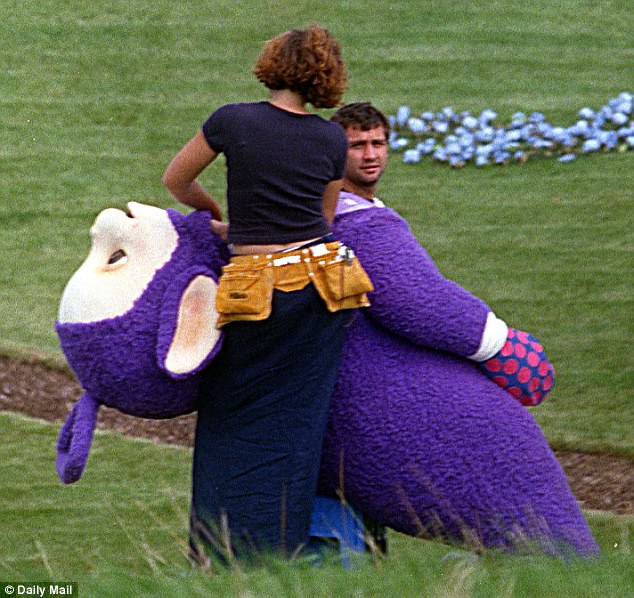 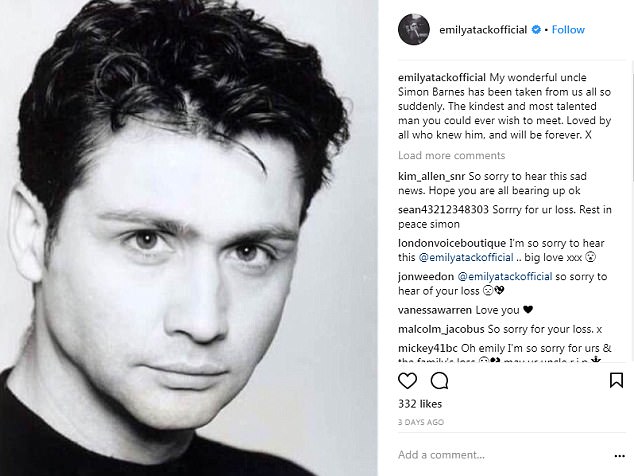 Barnes was the uncle of Inbetweeners star Emily Atack, who posted this Instagram tribute

He once said: ‘I started my career as a ballet dancer and had just started working as a choreographer. I thought it was a bit of a risky move but it certainly paid off.

‘We used to receive a lot of fan mail from kids and parents. I suppose we were a bit like the Beatles or the Take That of children’s television.’

Mr McGear wrote on Facebook: ‘So sad to hear about Si. He was a lovely lad… and will be dancing along Uncle Bills bar, knocking Mum and Dad, Milly and Ginny, Mike and Betts drinks off, as we talk! Love to you and kids from me and mine.’

And Barnes’s son Henry said: ‘I lost my lovely dad on Wednesday, he was the kindest and most gentle man I knew and I love him more than anything.

‘I always used to be embarrassed as a child that he was a dancer and an actor but now I couldn’t be more proud. 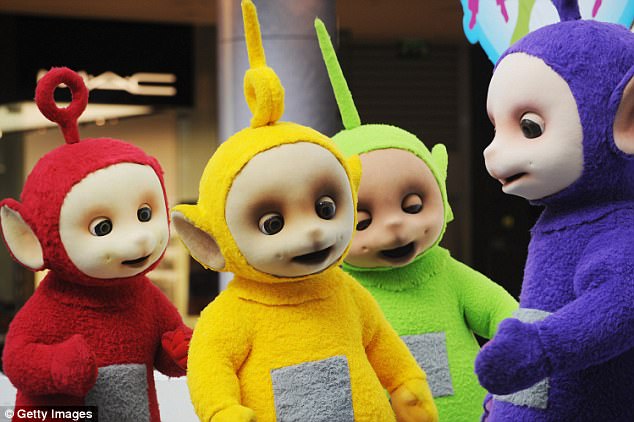 ‘He is in a better place now and I know he wouldn’t want me to be sad, so I’m going to live my life the way he would want me to.’

His daughter Lydia Barnes added: ‘I love you so much Dad… always have, always will. The most beautiful man in the world. Forever in my heart.’

Barnes was not the original Tinky Winky in Teletubbies, although he did play the character on the BBC Two show between 1998 and 2001.

His predecessor Dave Thompson, who is now a comedian, was allegedly sacked by producers Ragdoll for ‘misinterpreting’ the role and implying the Teletubby was gay. 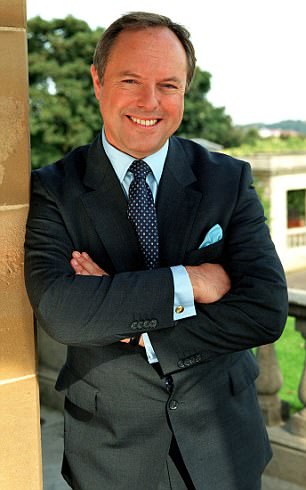 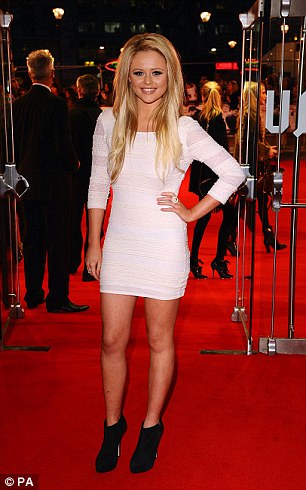 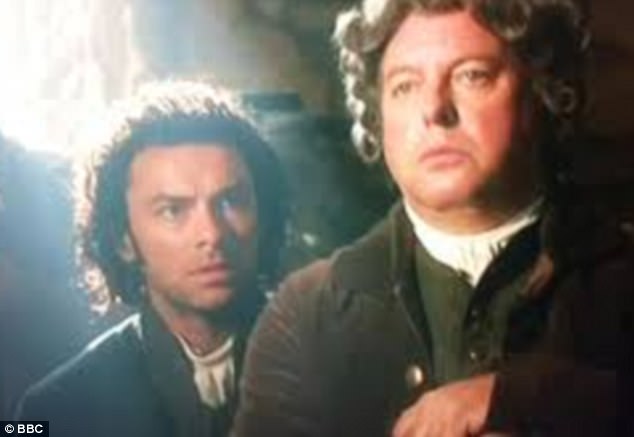 Barnes said the sexuality of the character was a question he was frequently asked because of Tinky Winky’s penchant for hand bags.

‘People always ask me if Tinky Winky is gay,’ he said. ‘But the character is supposed to be a three-year-old so the question is really quite silly.’

He also appeared in the BBC children’s game show Incredible Games in 1994 and 1995, and was a featured dancer in the 1993 musical drama film Swing Kids.

Barnes recently posted on Facebook how he had spent Christmas Day with friends on the Wirral in Merseyside.

His family has asked mourners to ‘wear bright colours’ for his funeral at Bedford Crematorium in a fortnight’s time on February 7.

An actor dressed as Tinky Winky was photographed at The London Toy Fair trade show at Olympia in Kensington today, alongside another dressed as Po.

But a spokesman for the fair told MailOnline: ‘Having been made aware of the actor Simon Shelton, who played Tinky Winky in the Teletubbies, passing away, Toy Fair has liaised with the relevant licensors and have agreed to withdraw the Tinky Winky character out of respect for the rest of the fair.’ 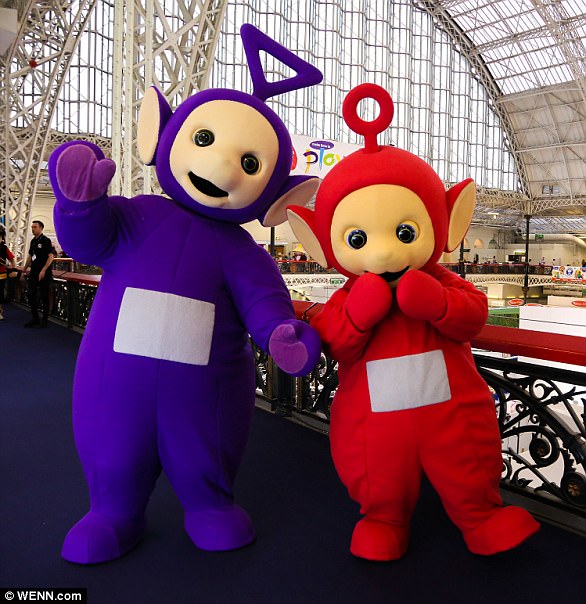 An actor dressed as Tinky Winky was pictured at The London Toy Fair at Olympia this morning, which sees 260 exhibiting companies showcasing products to toy industry professionals