Tennessee Titans head coach Mike Vrabel wants to win a Super Bowl, and after two decades of marriage and a couple of kids, he’s willing to sacrifice his own penis to make that happen.

While being interviewed on the ‘Bussin’ With the Boys’ podcast by former Titans linebacker Will Compton and current offensive tackle Taylor Lewan, the 43-year-old Vrabel was jokingly asked: ‘Would you cut your d*** off for a Super Bowl?’

‘Been married 20 years,’ he said, as quoted by PaulKuharsky.com. ‘Yeah, probably.’

Titans coach Mike Vrabel was asked by some of his players on a recent podcast if he would be willing to cut off his own penis if it meant he would win a Super Bowl. His answer: Why not?

Vrabel already won three Super Bowls playing linebacker for the New England Patriots, and he didn’t have to sacrifice his reproductive organs to do it. 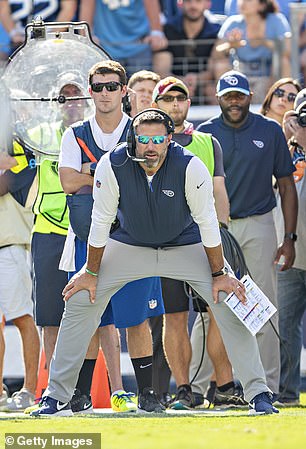 Vrabel is 9-7 as entering his second season

However, he’s entering only his second season as an NFL head coach, and a Super Bowl win would provide a great deal of job security in a profession that’s known for turnover.

Perhaps just as importantly, Vrabel already has two sons with wife Jennifer, and after 20 years of marriage, sex just isn’t the priority it once was.

Pushing the issue further, Lewan asked his coach what his wife’s reaction would be.

‘If you come home with a bag of ice, and Jen is like “Oh honey what did you do?”‘

Vrabel is 9-7 as a head coach entering his second season. 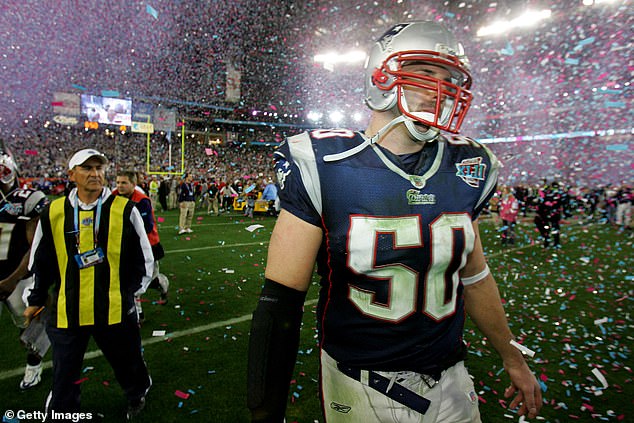 Vrabel already won three Super Bowls playing linebacker for the New England Patriots, and he didn’t have to sacrifice his reproductive organs to do it. In this picture Vrabel is seen after the previously undefeated Patriots lost Super Bowl XLII to the New York Giants in 2008