The brand which has become the latest victim of the coronavirus pandemic could now close all its stores across Melbourne, Sydney and Brisbane leaving its 40 staff stranded.

TM Lewin’s five Australian stores had all shut in March due to the outbreak of the virus but staff remained employed on JobKeeper payments.

The brand which has become the latest victim of the coronavirus pandemic could now close all its stores across Melbourne, Sydney and Brisbane leaving its 40 staff stranded. Pictured store in Sydney CBD

‘This is another unfortunate example of a retail business which has needed to call in Administrators because of the impact of COVID-19,’ Mr McCallum said.

‘The TM Lewin brand is very well known and respected in the Australian market. There would not be too many business people in Australia without a TM Lewin shirt, suit or tie in their wardrobe.

‘We are working with the Administrators of TM Lewin in the UK to ensure the Australian business has the best chance of continuing in Australia, and the potential impact on employees, landlords and other creditors remains at the forefront of our thinking.’

The brand’s parent company in the UK recently announced it would close all of its 66 stores indefinitely and stand down around 600 workers as part of restructuring.

TM Lewin has three stores in Melbourne and one in Sydney and Brisbane. 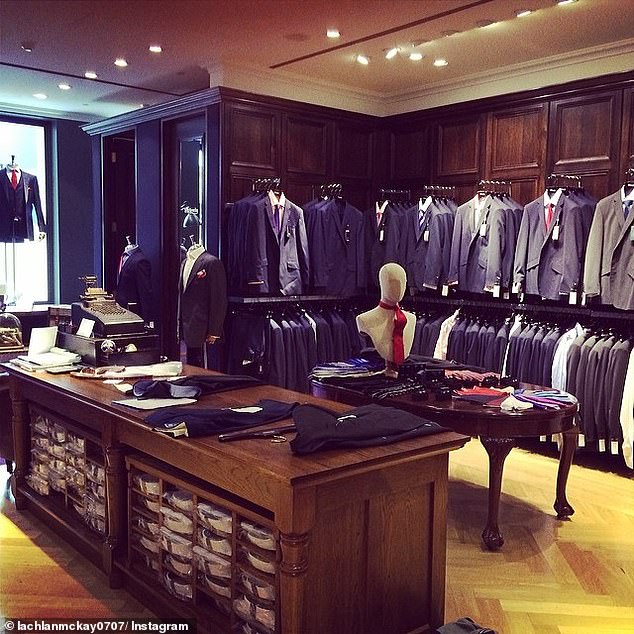 ‘Different parts of the retail sector are performing differently during COVID, and have been impacted differently by COVID,’ Mr McCallum said.

‘In T.M. Lewin Australia’s case, the reduction in foot traffic in the CBD – as a result of significantly increased working from home – had a material negative impact on the business.’

The mens formal wear chain owes $10million to 70 creditors – with $8.6million owed to entities in the UK. 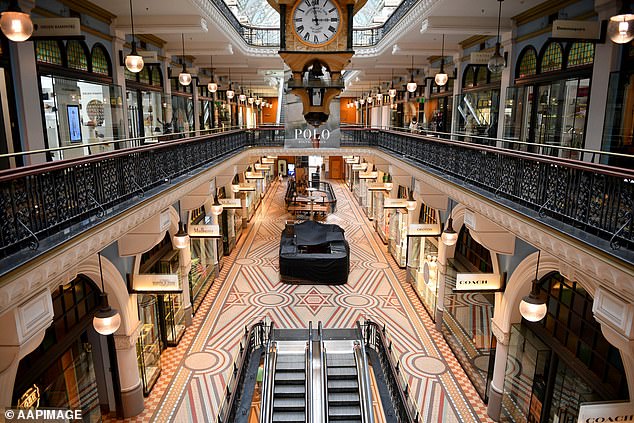 Australia’s retail sector was hit hard after the outbreak of coronavirus (pictured, an empty QVB on April 1)

Target’s parent company Wesfarmers announced that 75 stores would close and 92 others would be transformed into Kmarts.

At the end of May, British luxury clothing store Jigsaw London announced it would shut down all of its Australian stores due to COVID-19.

Meanwhile, David Jones is set to shut down some of its 48 department stores due to suffering $464 million in debt following a loss of sales.

Household names including Harris Scarfe, Bardot, Roger David, and Napoleon Perdis also dropped like flies in the past year with dozens of stores closing resulting in heavy job losses.

Alex Perry also announced the closure of its brick and mortar stones to focus on online sales.

Jeanswest and Colette by Colette Hayman also fell victim to the retail apocalypse. 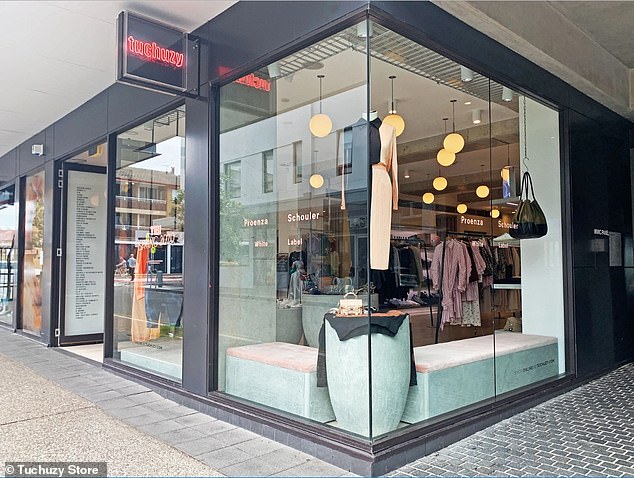 Tuchuzy (pictured) a high-end women’s retailer in the heart of Bondi, will be shutting its doors