Lighting up: Philip Morris was known for its Marlboro Man adverts

The boss of tobacco giant Philip Morris International has mounted a staunch defence of its controversial deal to buy a British inhaler company – and pledged to stop selling cigarettes in the UK within the next ten years.

Jacek Olczak said his bid to take over Wiltshire-based Vectura is a crucial part of his plan to become a ‘healthcare and wellness’ company.

Philip Morris International struck the controversial £1billion deal earlier this month, trumping an offer from US private equity firm Carlyle. But the deal for FTSE 250-listed Vectura, which provides inhaled medicines and asthma treatments, sparked a backlash from healthcare campaigners and politicians.

Critics allege that it is unethical for a company that sells cigarettes also to sell medical devices used by people suffering the consequences of smoking.

MPs have written to Business Secretary Kwasi Kwarteng and Health Secretary Sajid Javid calling on them to block the deal.

Speaking to The Mail on Sunday, Olczak responded: ‘There are some critics saying, ‘Why is Philip Morris going into pharmaceuticals?’ I want to allow this company to leave smoking behind. If I don’t do alternatives to smoking, what do you want me to do?

‘There’s a lot of emotions. However, if I bring some logic to this whole thing: what I’m actually doing is helping Philip Morris to get faster out of cigarettes. I think in the UK, ten years from now maximum, you can completely solve the problem of smoking.’

Asked if that meant Philip Morris would stop selling cigarettes in the UK within the next ten years, he replied: ‘Absolutely.’

Olczak said the Marlboro brand was likely to disappear altogether from Britain, where it was established in the late 1800s, before being registered in New York in 1908.

The name was a nod to the then British company’s Great Marlborough Street factory in Soho, Central London. The modern day Philip Morris International – now an American-headquartered multinational that sells tobacco products across the world – has invested vast sums in alternatives to smoking, including e-cigarettes, or ‘vapes’, and heat-not-burn devices.

Heating tobacco, as opposed to burning it, generates a nicotine-containing vapour without many of the chemicals usually associated with smoking. It is considered less harmful to the health than smoking traditional cigarettes. Olczak said of the Marlboro brand: ‘It will disappear. The first choice for consumers is they should quit smoking. But if they don’t, the second best choice is let them switch to the better alternatives.

‘If the cost is that Marlboro is going to disappear, I absolutely will not blink an eye. I can build another brand. It is worth doing this if we solve the problem of smoking.’

On the Vectura takeover itself, Olczak said the company, which has its headquarters in Chippenham, would be run at arm’s length from Philip Morris International and would not be subsumed into the bigger tobacco business.

‘We intend to operate Vectura as an autonomous business unit, because it has nothing to do with nicotine products,’ he said.

‘I’m actually building another part of Philip Morris. A company like Vectura is an important component of accelerating my path.’

Despite the political backlash, a source close to the Government said Ministers were ‘unlikely’ to intervene because there was no clear legal argument for blocking the deal. Vectura’s investors are also expected to support the takeover. Two of the firm’s top 20 shareholders told The Mail on Sunday that they are backing the bid because their responsibility is to get the highest investment returns for their clients.

However, fund managers have been branded as hypocritical for banging the drum about ethical and socially responsible investing – while backing the sale of a health company to a tobacco giant. 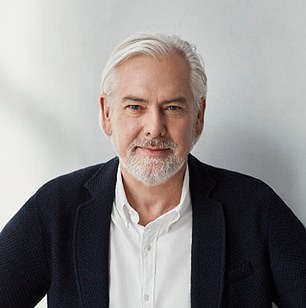 Giving up: Jacek Olczak wants to get away from cigarettes and into ‘wellness’

Vectura’s shareholders include the world’s largest asset manager BlackRock, and Legal & General, which manages £1.29trillion of its customers money globally.

Alan Miller, founder of wealth manager SCM Direct, said: ‘The hypocrisy of BlackRock and Legal & General is breathtaking and the takeover of Vectura is just the latest example.

‘Neither has objected to this takeover even though both their chief executives espouse the virtues of environmental, social, and governance (ESG) investing and green principles generally.’ Legal & General has also linked bonuses for executives to ESG targets from 2021. Axa Investment Management is another Vectura shareholder that has found the proposed takeover by Philip Morris at odds with its investment ethics.

Its parent company, the French insurance giant Axa, has a large healthcare business. Axa has signed the Tobacco-Free Finance pledge and claims on its website to be ‘leading the fight against tobacco’.

A source close to Axa said it was ‘stuck between a rock and a hard place’ on the Vectura deal because accepting the Philip Morris bid would likely be the best outcome for shareholders.

One fund manager said that the cash bid meant he would not be left holding equity in a tobacco stock, although he admitted that his fund would be profiting from the sale to a tobacco company.

He pointed out that Philip Morris needs to make such deals if the company is to transition into a ‘health and wellbeing’ company, just as oil giants are attempting to shift away from fossil fuels. Olczak said: ‘It’s like saying if I’m producing oil, I cannot go electric. Telling me the way I am solving the problem is creating the perception I’m hypocritical – would you not rather have a cigarette company that cares about solving the problem?’