Veteran BBC presenter John Humphrys will host the Today programme for the final time tomorrow morning, bringing the curtain down on an often-controversial 32-year stint on the Radio 4 show.

The 76-year-old, who joined the BBC in 1966 and first sat in front of the Today microphone in 1987, has forged a fearsome reputation as an interviewer and relentless interrogator of politicians.

His tenure at Today has spanned seven Prime Ministers from Margaret Thatcher to Boris Johnson as well as seven BBC directors-general and eight editors.

However, it has also been marked by some controversial episodes including a recent row about the BBC’s gender pay gap. 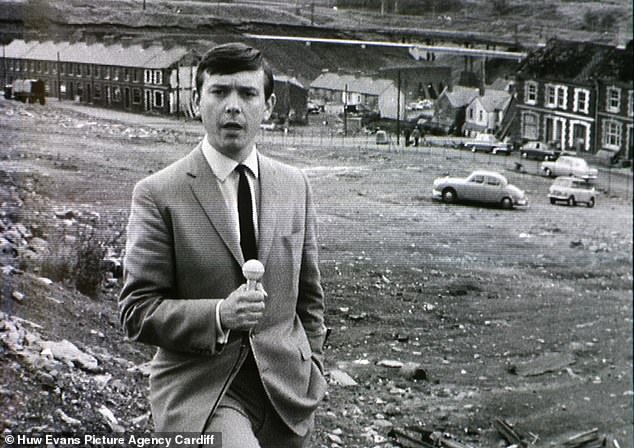 John Humphrys reporting from the Aberfan mining disaster as a young journalist in 1966, the year he first joined the BBC

When Thursday’s Today programme finishes, a total of 32 years and 260 days will have passed since Humphrys first sat in front of the Today microphone on January 2, 1987.

No other presenter has come close to matching his record.

He has also survived eight different editors of the Today programme and seven directors-general of the BBC.

Today will celebrate its 62nd birthday at the end of October – meaning Humphrys has worked on the show for more than half of its existence.

In January 2018 he came under fire over an off-air conversation with Jon Sopel in the wake of Carrie Gracie’s resignation from the BBC over unequal pay.

Humphrys asked his BBC colleague ‘how much of your salary you are prepared to hand over to Carrie Gracie to keep her?’, in comments which were widely criticised at the time.

Lib Dem MP Jo Swinson, now the party leader, turned the tables on Humphrys and asked if he had apologised to Gracie for the remarks.

Humphrys was revealed to have earned between £600,000 and £649,000 when details of high BBC salaries were made public.

In 2017 Humphrys came under fire for his coverage of Westminster sexual harassment allegations.

Quizzing William Hague about the issue, he demanded to know if the ‘witch hunt’ would lead to men being afraid to approach women.

He was accused of making light of the issue and missing the point of concerns which had been raised.

Then Women’s Equality Party leader Sophie Walker said: ‘John Humphrys: Do an interview on sex harassment without using the words “witch hunt” or “gone too far”.’

Earlier that year he was criticised for suggesting that Thomas Mair, who murdered Labour MP Jo Cox, was not a terrorist, disagreeing with prosecutors in the case. 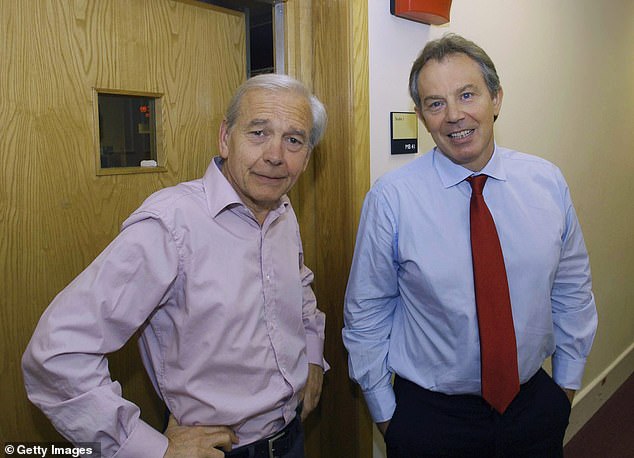 John Humphrys pictured with Tony Blair in 2005, the day before a general election at which the then-Labour leader won a third successive term but with a reduced majority 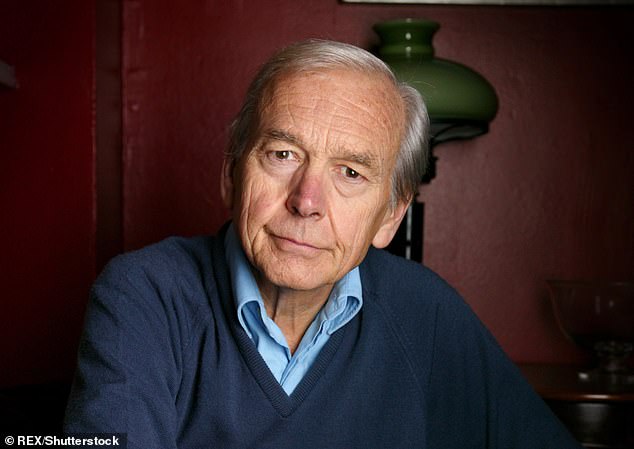 John Humphrys at home in London in 2006. His tenure at Today has spanned seven Prime Ministers from Margaret Thatcher to Boris Johnson

In 2018 he was accused of insensitivity over transgender issues after asking a trans woman to ‘prove’ her gender identity.

In an earlier episode, he was mocked on air by fellow presenter Nick Robinson after it was claimed he called Moira Stuart ‘sensationally sexy’ and asked the female newsreader for ‘mad passionate love’.

Humphrys said that it had been ‘a silly wisecrack’.

Over the years Humphrys has also been criticised for interrupting his guests too much, which led to a BBC censure on one occasion.

Born in Cardiff in 1943 to a hairdresser and a French polisher, he joined the Penarth Times as a cub reporter aged just 15.

Later, he joined the larger Western Mail and after a stint at Welsh TV channel TWW he moved to the BBC in 1966.

Humphrys was the first reporter on the scene of the fatal Aberfan disaster in his native Wales, which killed 144 people.

He spent his first years at the BBC as a foreign correspondent in the US and South Africa. He covered President Nixon’s fall, and the birth of Zimbabwe.

Humphrys grew tired of life on the road. He missed his wife Edna and their children Christopher and Catherine. 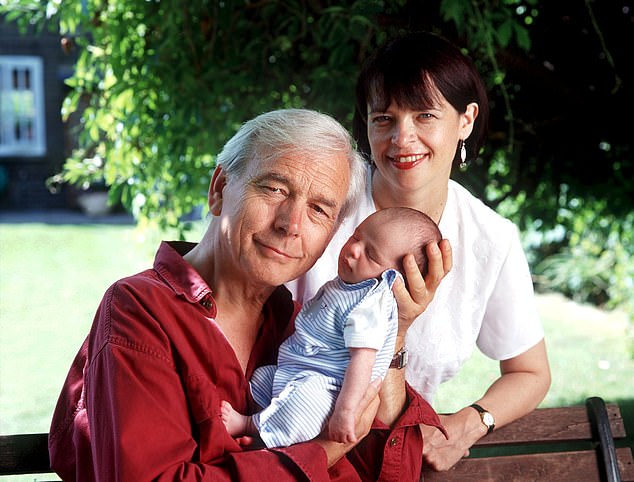 John Humphrys with his son Owen (his third child) and his second wife Valerie Sanderson, a newsreader for Spotlight and BBC News 24, in 2000 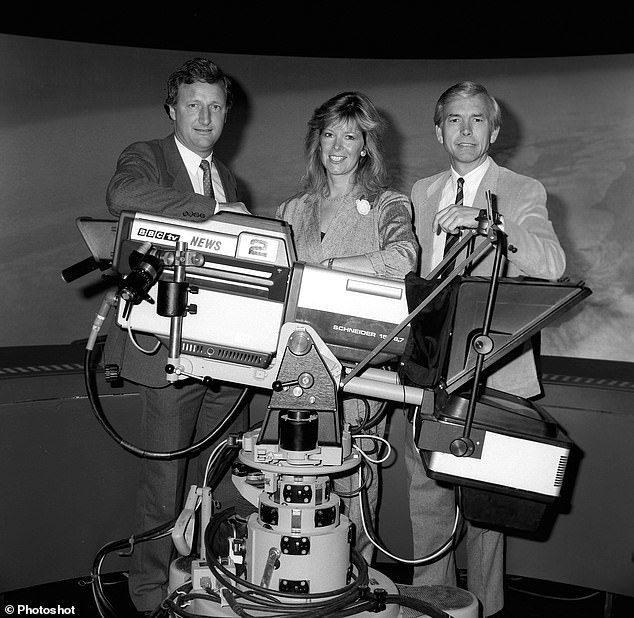 He returned to London in 1980 to become a diplomatic correspondent and a year later was promoted to main presenter of the now defunct Nine O’Clock News.

Six years later he joined the BBC Radio 4 programme Today. His tenure has been at times controversial for his remarks on the ‘dumbing down’ of television, and criticism of the BBC itself.

On screen, the broadcaster hosts Mastermind, and has stood in for former host David Dimbleby on Question Time.

His prominence in the sphere of British politics and broadcasting has led to cameo roles.

The presenter appeared alongside Hollywood star Eric Bana in the thriller Closed Circuit, playing himself. He also has credits on Ali G Indahouse, and the hit BBC drama Bodyguard.

Humphrys has also written several books, including In God We Doubt, and Lost For Words, as well as his memoirs.

The broadcaster has been divorced twice and has a third child, a son, with his second wife, Valerie Sanderson, a newsreader for Spotlight and BBC News 24.

He does not plan to retire, and will continue to host Mastermind on BBC Two.