Is this the end of the Today show? Channel Nine left red-faced as their morning show is beaten by ABC’s News Breakfast in the ratings

By Benge Nsenduluka and Demeter Stamell For Daily Mail Australia

The Today show has been beaten in the TV ratings by ABC’s News Breakfast.

According to a report by Crikey on Thursday, it’s the first time the ABC has eclipsed the Channel Nine program, coming in at number two behind Channel Seven’s Sunrise.

Is this the end of the Today show? Channel Nine left red-faced as their morning show is BEATEN by ABC’s News Breakfast in the ratings

Sunrise took the lead, sitting on top with 447,000 national viewers.

It’s bad news for the Today show, after they debuted their new lineup in January.

The embattled program has failed to boost their ratings after shafting longtime Today personalities, including Karl Stefanovic and Richard Wilkins.

On Monday, it was revealed just 247,000 national viewers woke up with Georgie Gardner and Deborah Knight across the five-city metro markets, marking another all-time low for the Channel Nine breakfast show. 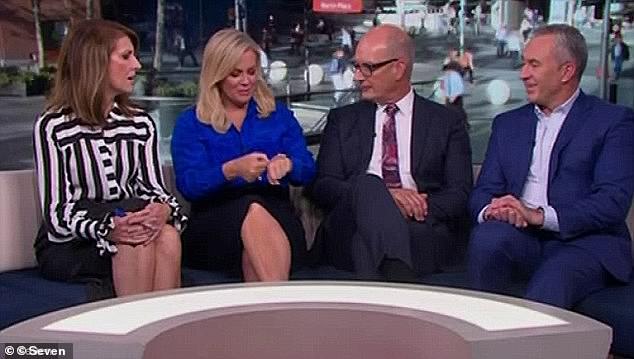 Rival Channel Seven’s Sunrise pulled in significantly more viewers with 455,000 people tuning in across the nation.

A Channel Nine spokesperson told Daily Mail Australia on Tuesday that the public holiday is to blame for the continued low ratings.

‘With a public holiday in Victoria and South Australia yesterday, lower-than-normal figures are to be expected,’ a statement read.

During its debut in January, the revamped breakfast show was smashed in the ratings by Sunrise, drawing in a paltry 197,000 metro viewers.

In a statement to TV Tonight at the time, Nine’s Head of Content Production & Development, Adrian Swift, said viewers should give the Today show a chance.

‘The reality is when you change your lineup it takes a long time to bed in,’ he said.

‘We’re not concerned. We are absolutely convinced we will get there.’

It wasn’t all bad news for Nine, as ratings juggernaut Married at First Sight was the number one show on Monday after drawing in an impressive 1.36m viewers.

Seven’s My Kitchen Rules, was second with 761,000, while Channel Ten’s Dancing with the Stars attracted 484,000 viewers.