‘Congratulations!’ The Today show’s Natalia Cooper seemingly confirms she is pregnant with her second child

And Natalia Cooper sent fans into a frenzy on Monday when she seemingly confirmed she and her husband, Carl Fox, were expecting their second child.

The Nine News reporter, 36, shared a post to Instagram that hinted the couple had news to share, but she later clarified it was just a false alarm.

Baby on board? Channel Nine’s Today show weather presenter Natalia Cooper (pictured), 36, has denied being pregnant again on Instagram after uploading an image of herself and her husband, Carl Fox, with a convoluted caption on Monday

She posted a photo of herself and musician Carl, whom she married in 2016, alongside the caption: ‘Una más with mi único amor.’

This Spanish phrase translates to ‘only one more with my only love’ in English, and many of Natalia’s followers assumed it meant the pair had ‘one more’ on the way.

The couple were soon inundated with congratulations, with one fan commenting below the post: ‘Wondered when you’d announce. Something in the water at Channel Nine. Go you fabulous working mums!’ 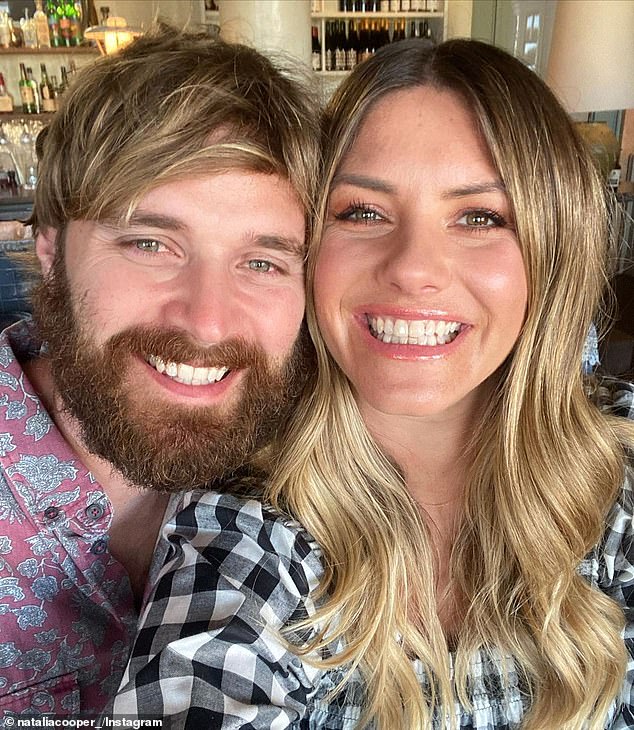 ‘Una más with mi único amor,’ Natalia captioned the image of herself and her musician beau (left), who she married in 2016

Oh boy! The sentence in Spanish translates to ‘only one more with my only love’ in English – and it must be a common phrase with dozens of her followers congratulating her. ‘Wondered when you’d announce. Something in the water at Channel 9,’ one follower commented

‘We thought as much! Biggest congratulations!’ another wrote, while a third added: ‘Absolutely fabulous news. How wonderful for the three of you. What a gorgeous big brother Ezra will be no matter whether it will be a brother or sister.’

However, the post was not a pregnancy announcement, and Natalia soon clarified this by updated the caption.

‘This is not a pregnancy announcement,’ she wrote. ‘Carl and I were just at a restaurant called Una Más in Coogee for dinner! We were having one more drink.’ 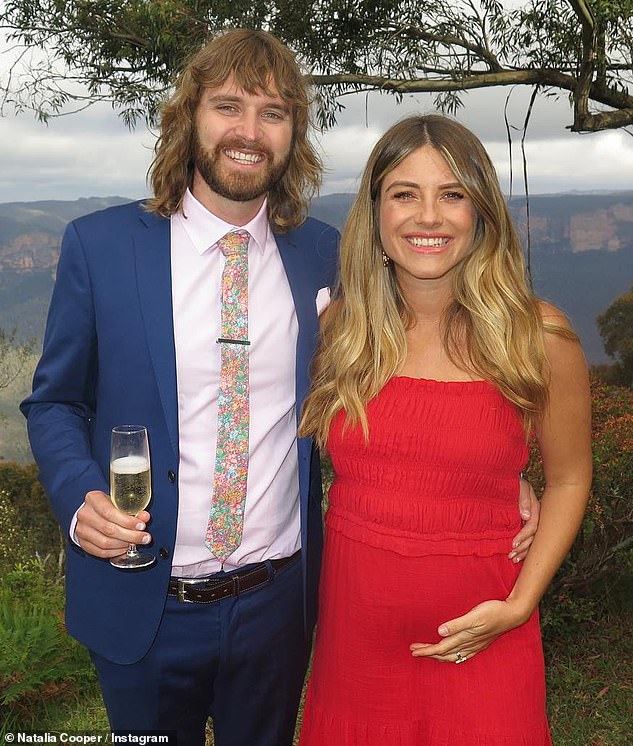 Correction: However, the post was not intended to be a pregnancy announcement for Natalia, who welcomed her first child, son Ezra, in January 2019 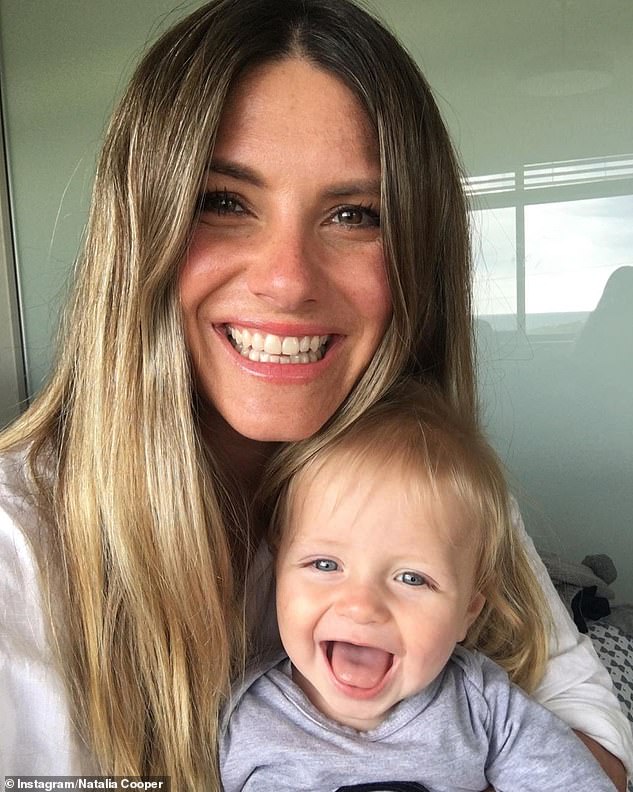 ‘This is not a pregnancy announcement. Carl and I were just at a restaurant called Una Más in Coogee for dinner! We were having one more drink,’ Natalia (pictured with son Ezra) wrote

‘Thank you for all your lovely messages though. We’ll be sure to tell you if there’s any actual news,’ she added.

The Perth-born journalist is perhaps best known for being Today’s roving weather reporter, a position now held by Tim Davies.

These days, she is a reporter for Nine News Sydney. 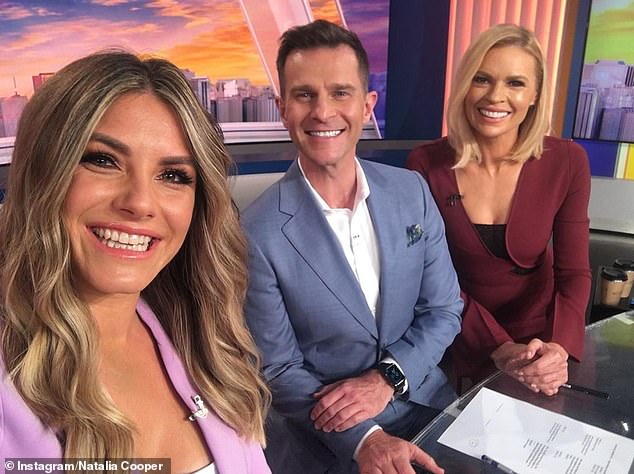 Back then! Natalia announced her return to Channel Nine in October 2019 – this time sitting alongside David Campbell (centre) and Sonia Kruger (right) on Today Extra