A young boy has died after falling from a ninth floor window at a block of flats.

The toddler, believed to be aged two, fell at around 4pm yesterday in Shoreditch, east London.

Police and ambulance crews attended, but the child was pronounced dead at the scene. The full circumstances surrounding the death are not yet known.

Shocked neighbours reported hearing screaming and then seeing the toddler motionless on the ground beneath the open window.

The toddler, believed to be aged two, fell at around 4pm yesterday from the open window on the ninth floor of the Charles Gardener Court building, above, in Shoreditch, east London 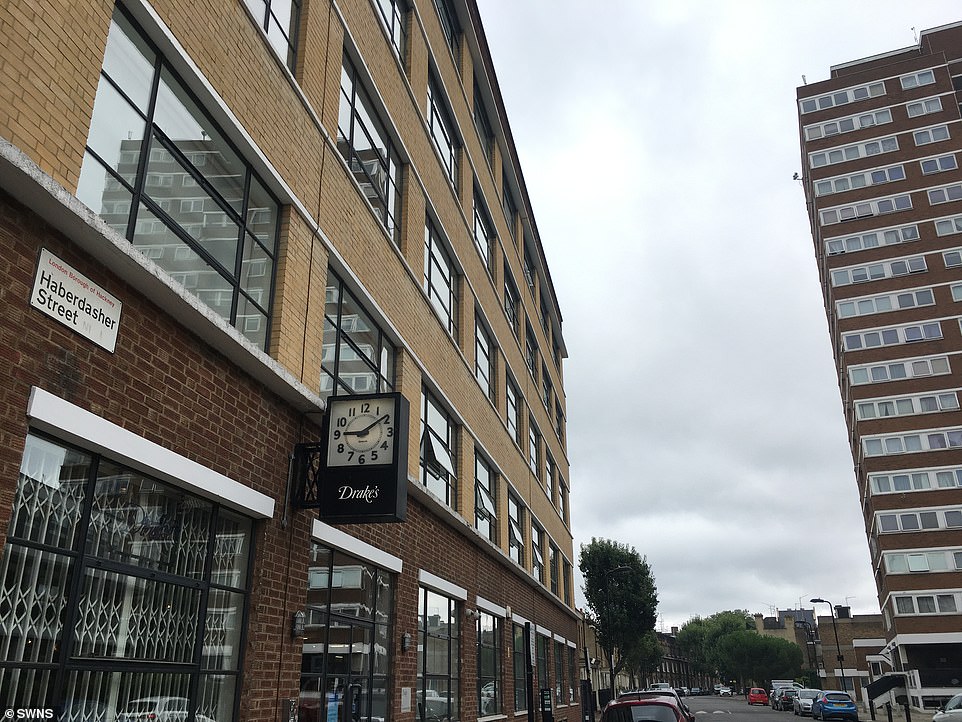 One neighbour, Isabella Peters, urged those who manage the building to review windows safety. The toddler’s family is said to have only moved into the flats just over a year ago 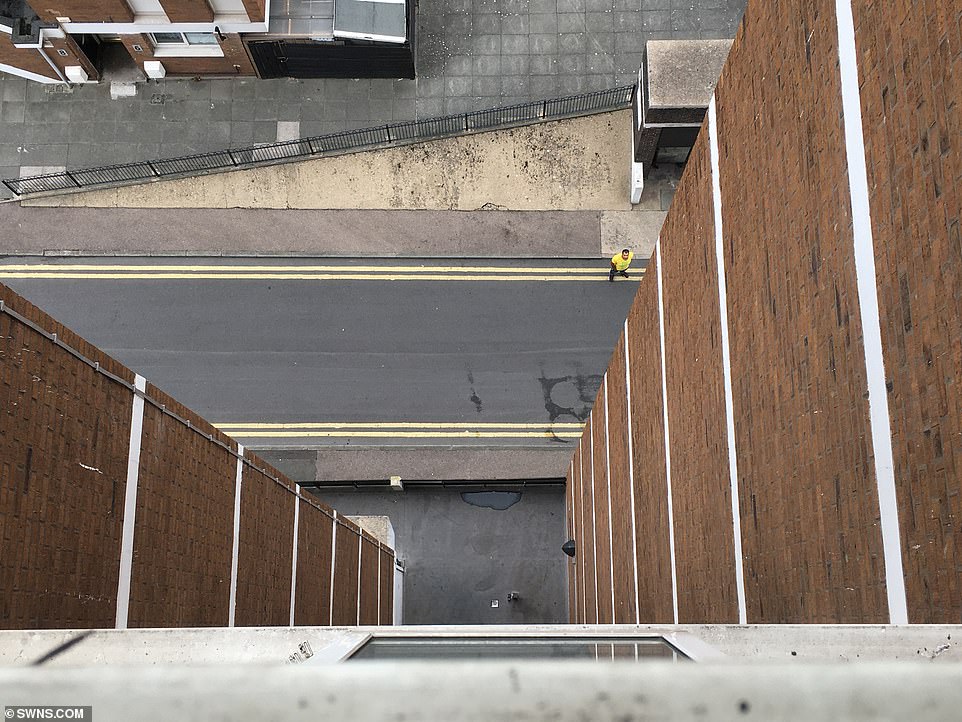 A view from the ninth floor. Shocked neighbours reported hearing screaming and then seeing the toddler motionless on the ground beneath the open window. 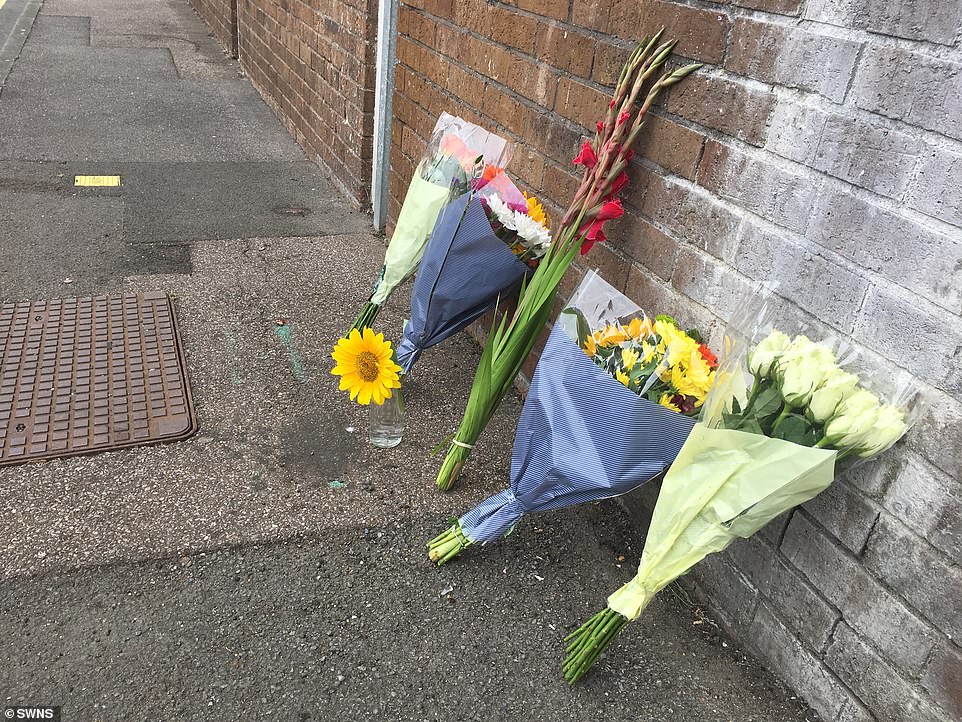 Residents gathered this morning to lay flowers, above, in tribute to the child. An investigation is underway into the incident which neighbours have called a ‘tragic accident’

Eyewitnesses said they heard a man, who they say is the boy’s father, screaming and saying ‘oh no, oh no,’ as he saw the child when he emerged from the building.

Residents, who had gathered at the scene then looked to the open window on the ninth floor of the Charles Gardener Court building, said they saw another child peering down being told to move away.

Tammy Johnson, 41, who lives next door to the building, said: ‘All I heard was a big whack, a big loud bang from when I was in my kitchen cooking. Then I came outside.

‘I saw the dad there first and then when I looked down I saw the baby on the floor. It wasn’t a child anymore. He definitely fell on his head.

‘I looked up at the open window, the other kid was peering out. The dad said: ‘get in, get in.”

The mother-of-four added: ‘I am an epileptic and I was so shocked I was almost having a fit. So I had to go inside. I couldn’t sleep last night, I was twisting and turning.’

Another neighbour, Isabella Peters, said she saw the boy’s father at the scene.

She said: ‘I just saw the boy’s dad standing there dressed only in his shorts, with his hands on his head shouting ‘no, no.’ 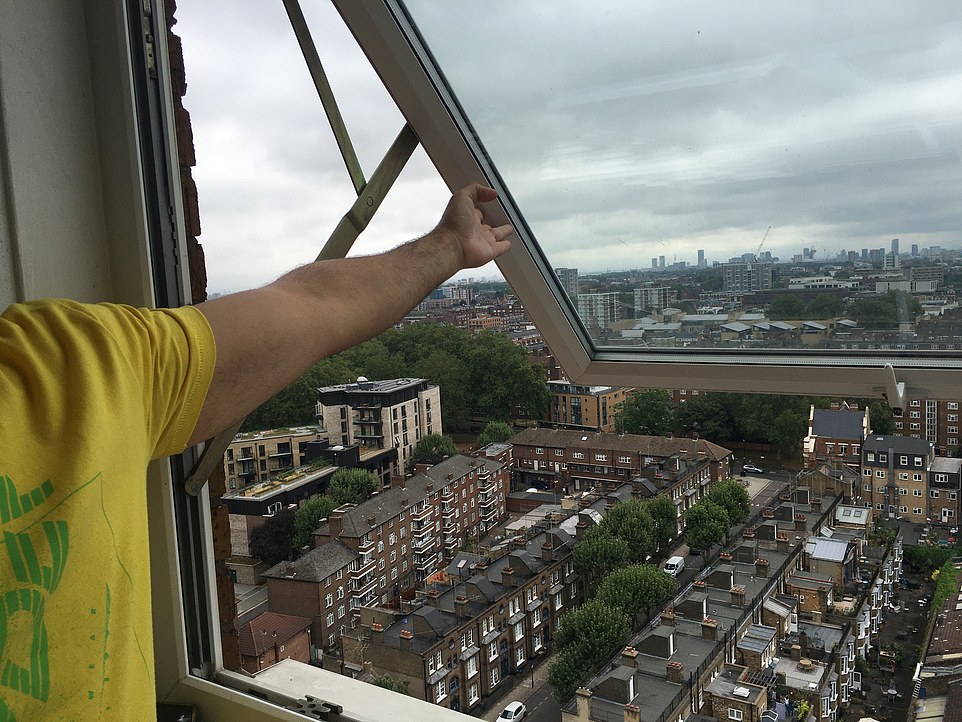 Another resident, who lives on the 16th floor with his two young children, said the windows open completely leaving a wide gap posing a risk of falling

The 25-year-old added: ‘Two ambulances then arrived and then a police car.’

Residents said the victim’s family had only moved into the flats just over a year ago.

The deceased boy’s distraught relatives, believed to live elsewhere, turned up at the scene after the incident yesterday.

Neighbours reported seeing relatives arriving in two full vehicles, who then fell to the ground crying.

A spokesperson for Hackney Council, which owns and manages the building, called the fall a ‘truly devastating incident’ and vowed to work with the police to ‘understand how this tragedy came about.’

Mrs Peters said she will never forget the harrowing scenes she saw.

She added: ‘It was a tragic accident. Toddlers are so smart; it just takes a couple of seconds for something to go wrong. I just wish this had never happened and that I never saw what I did. I will always have that picture in my head.

‘This is how we feel and we are just neighbours. Imagine how the family must feel. The mum, the dad, the children. It is just devastating.

‘The most important thing now is to be in solidarity with the family and make sure this never happens again.’

Mrs Peters, who has four young cousins, urged those who manage the building to review windows safety.

She said: ‘There are three settings for opening the windows. If you look up at the gap, a child could easily fit through that. The council definitely need to check it out.’

Another resident confirmed that the windows open completely leaving a wide gap posing a risk of falling.

Bilal Achi, 43, who lives on the 16th floor with his two young children said: ‘It opens all the way. Obviously two adults together could fit through, not only one. It needs to be changed.

He added: ‘I have a four-year-old and 10-year-old. Now I have to make sure the windows are fully shut before I leave.’

Esilinah Lunga, 78, who lives next door to the family of the boy, said: ‘When you look up you can see some windows are really wide open. For people with children, it’s very risky. The council should check the windows, especially when there are small children. I nearly had an accident myself.’

She added: ‘I had often seen the toddler in the buggy, but I haven’t been going out for a while because of the virus so I hadn’t seen him for some weeks. I didn’t think he could walk.

‘The mother and father were very friendly. One time the father came over to tell me he was organising a surprise party for his wife to warn me about any noise. I really feel so sad for the family.’ 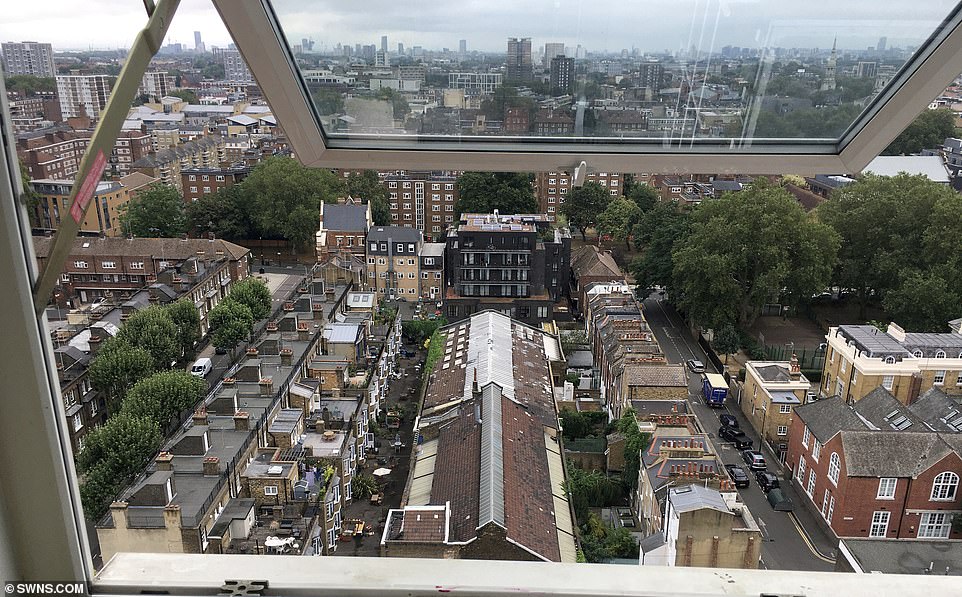 Residents were seen gathered this morning to lay flowers in tribute to the child, metres from where he fell.

Neighbours said a police tent was placed over the body yesterday, but it has since been removed.

A Met Police spokesman said: ‘Police were called at approximately 4.20pm on Thursday August 13. to Haberdasher Street in Shoreditch to reports of a child fallen from height from a residential building.

‘Officers and the London Ambulance Service attended (LAS). A young child was pronounced dead at the scene.

‘Next of kin are aware and being supported by specialist officers.’

An investigation is underway into the incident which neighbours have called a ‘tragic accident.’

A Hackney Council spokesperson said: ‘This is a truly devastating incident and our thoughts are with the family of the child.

‘We are offering all the support we can to both the family and the neighbours, and we will of course work with the police to help their investigations and understand how this tragedy came about. I can confirm the block is owned and managed by Hackney Council.’