A young mother who spotted a baby girl crawling in her nappy alone at the base of a cliff was horrified to find the bodies of five family members nearby.

The toddler didn’t appear distressed but was cold and hungry when the woman stumbled across her in the Nausori Highlands in Fiji on Monday.

Police have spent the last 48 hours questioning a New Zealand man – believed to be a witch doctor-  and his wife over the mysterious deaths.

Two young children were among the family members found dead after the group ingested an unknown substance.

The bodies of Sana, 11, and eight-year-old Samara were found alongside their mother, Nileshni Kajal, 34 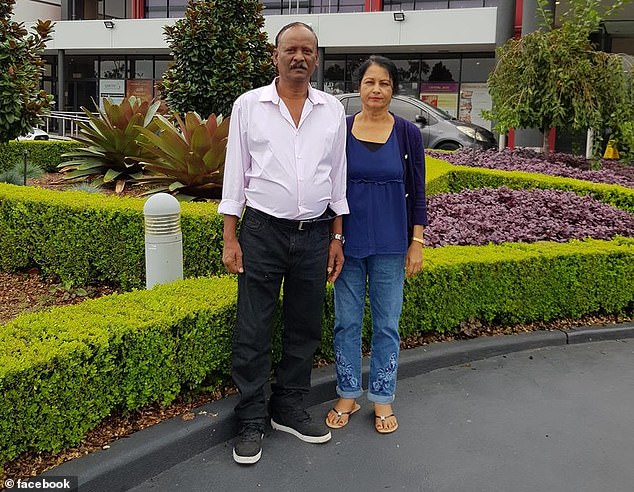 The bodies of Sana, 11, and eight-year-old Samara were found alongside their mother, Nileshni Kajal, 34.

The toddler who was spotted crawling around the bodies at the scene, later identified as one-year-old Samaira Kumar, was taken to hospital.

She is believed to be the niece of Mr Kumar and Mrs Devi. Her mother was travelling in Australia and is now on her way home to Fiji.

Mr Kumar’s brother, Rajesh, was in India when he heard the news of the deaths.

‘When I heard the news I called my sister and brother in Sydney just to confirm that it was the right news,’ he told local media.

‘It was also very hard to get a flight back to Fiji but on Wednesday I finally got one so I left at 4pm and arrived on Thursday at 7am.’ 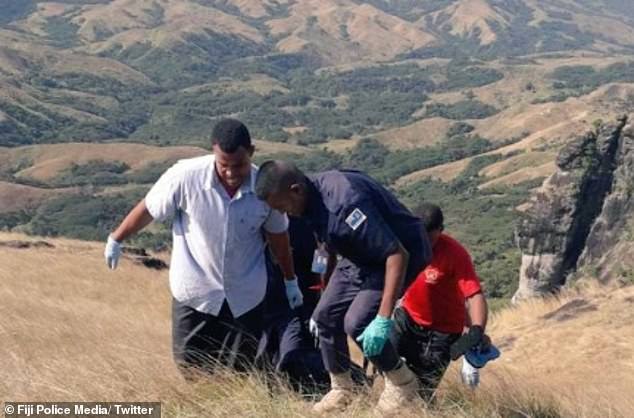 Neighbours of the family, who lived in nearby Legalega, in the city of Nadi, said they left home on Saturday and never returned.

All of their phones were left at home.

Mr Kumar’s car was found parked in a supermarket car park shortly after his body was found.

CCTV footage of the area may be able to assist police with their inquiries after unusual activity was noted in and around his car.

Local media reported that the car was dropped off shortly before another car arrived. The person or people in the first car then entered the second car and drove away.

Police spokesperson Ana Naisoro told the Fiji Sun they were alerted to the bodies by a local who saw the toddler crawling around near the bottom of a cliff.

Kelera Toloi, a 25-year-old who stumbled across the grisly sight, told the publication she changed the toddler’s soggy nappy and fed her two bottles.

‘Fortunately she couldn’t walk yet or she would’ve fallen off the cliff,’ she said.

‘As a mother, it’s a really sad scenario.’ 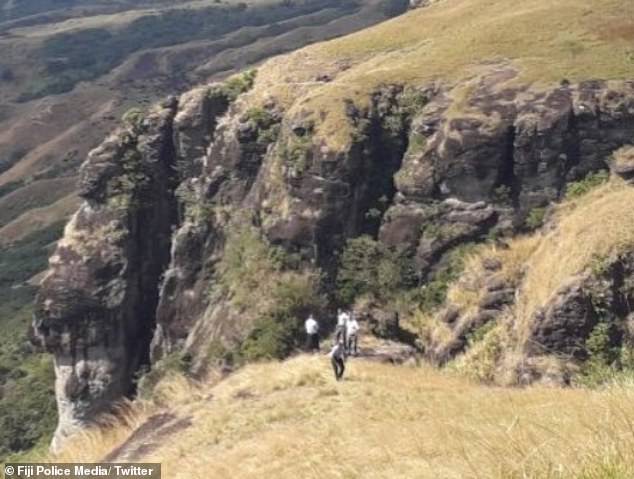 Police questioned a Christchurch native – who they believe to be a witch doctor – over the deaths.

His wife was also questioned but was released.

Fijian law states the man can only be held for questioning for 48 hours without any official charges, and that time has since lapsed.

Police lodged an application to have this period extended, citing a need to probe him further, but the request was denied.

A stop departure order was issued for the couple, meaning they cannot return home to New Zealand while the investigation remains open.

The family are all believed to have ingested the same substance, which has not yet been identified.

The Chemistry Scientific Lab in Nasova, Suva, is now carrying out further tests on the substance.