Two toddler sisters cheated death by five minutes, after a car careered off the road, crossing their garden and smashing through their living room wall and into the sofa, which they had just been curled up on with their dad, watching CBeebies.

Now Terence Heavey, 33, who is still grieving the loss of the girls’ mum, Clare Fletcher, 36, who died from unexplained organ failure in January, believes she sent a message from beyond the grave to put them to bed early – thus saving their lives.

Terence, of Sittingbourne, Kent, who normally let sisters Emmie, three, and Izabella, one, stay up later, said: ‘Until 4.59pm we were sat on the sofa watching CBeebies. Then, Izabella started feeling tired. Normally I would never put her to bed at that time.

‘But that day, I did. I took them both upstairs. Emmie was watching an educational programme on the tablet, while Izabella was in my arms. Suddenly, I heard a smash.’

Stay-at-home-dad, Terence, had just looked at the clock on his mobile telephone at 5.04pm, as he gave Izabella a bottle, when he heard a massive bang, as the Mercedes car smashed into his front room, ramming the sofa where he’d been watching TV with the girls.

Emmie, three, and Izabella Heavey, one, (front) cheated death by minutes after a car smashed into the living room where they’d been watching TV on the sofa minutes earlier 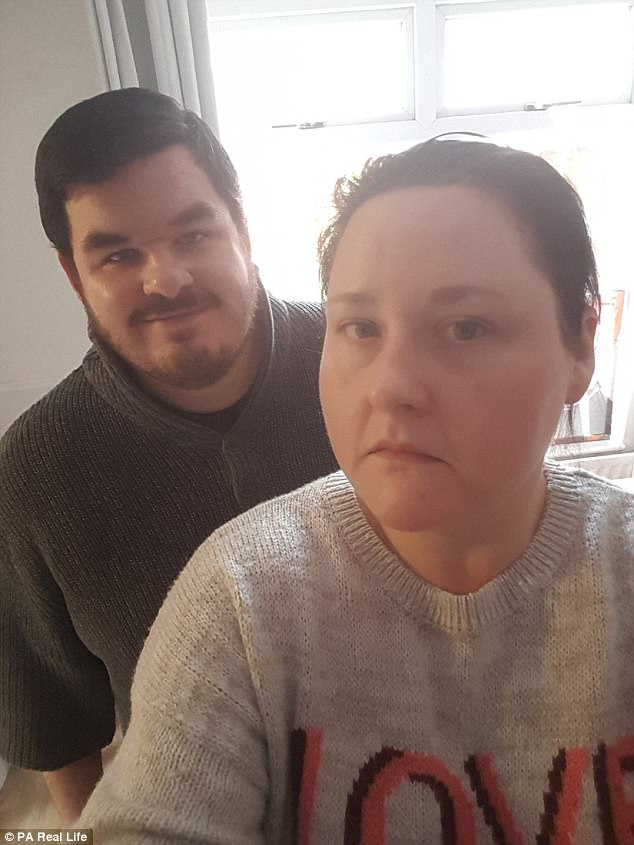 Terence Heavey his sister Stephanie. The heartbroken widower is mourning his partner Clare Fletcher, 36, who died from unexplained organ failure in January 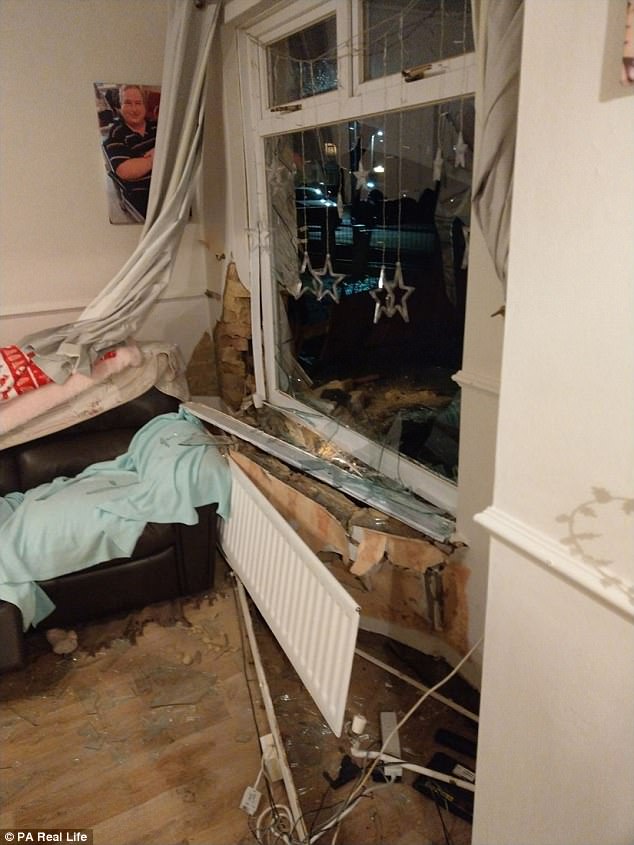 The accident completed a terrible year for Terence, who moved his family into the house, which belonged to his dad Martin and mum Irene, following Clare’s death, only for his parents then to die a month apart.

Martin, 66, died first on April 16, of heart failure and bladder cancer, with Irene passing away at 73, exactly a month later, with kidney cancer.

‘It was devastating,’ he said. ‘But, now, I think either my parents or Clare saved my girls.

‘I can only hope one of them – from beyond the grave – urged me to move the girls upstairs early.’ 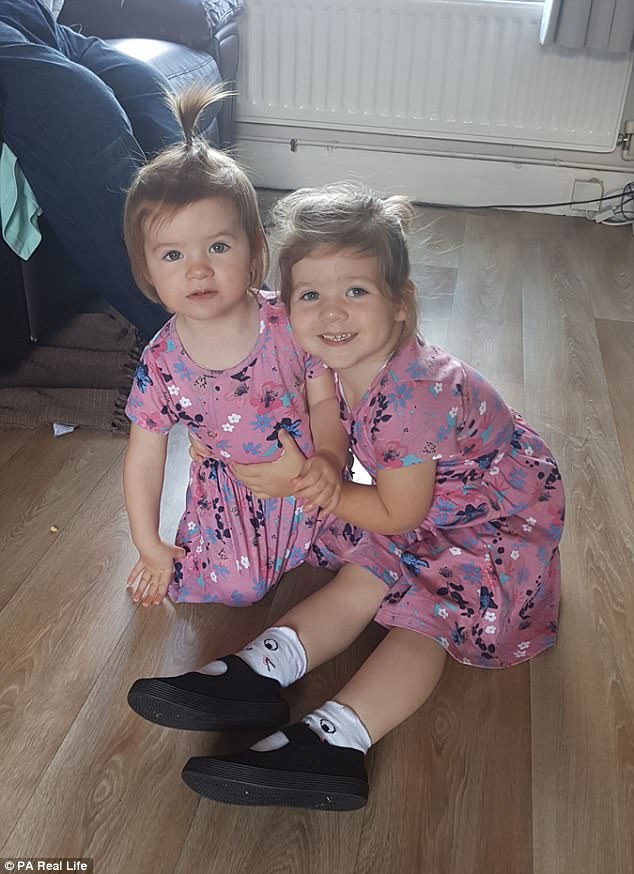 On the day of the accident, the girls were particularly tired and Terence decided to put them to bed early 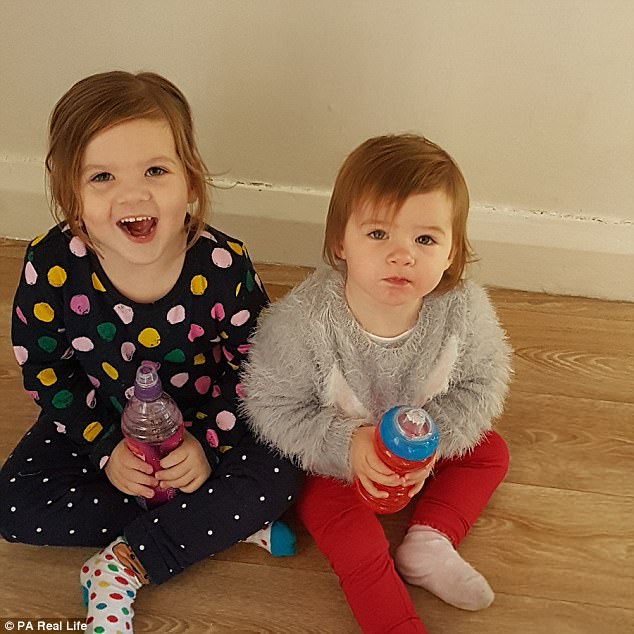 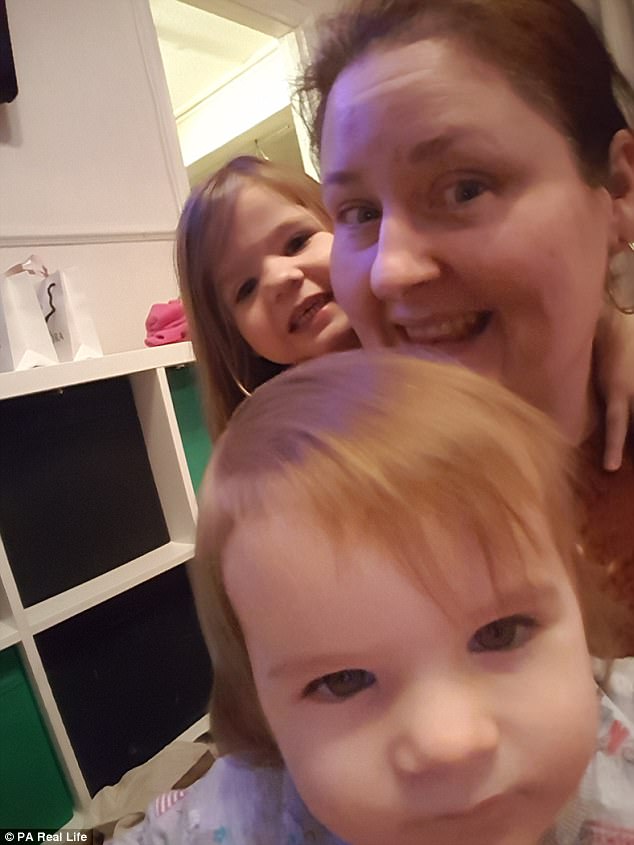 The girls, pictured with their aunt Stephanie, lost their mother Clare in January this year, five months after she fell ill

Following the bang, Terence told his oldest daughter to stay upstairs and keep an eye on her sister, as he raced downstairs to investigate.

‘I was stunned to see a car in the living room. Remarkably, our picture of my dad – which we got for the funeral – was the only thing still in place,’ he said, adding that he could see a man in the car.

‘The girls were understandably shocked. They were crying, it was very upsetting for them. 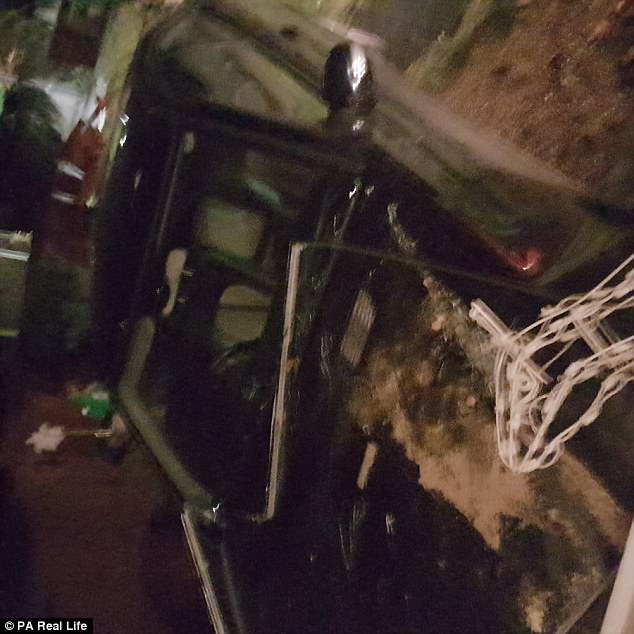 Following the incident, a man was arrrested on suspicion of theft of a motor vehicle and dangerous driving 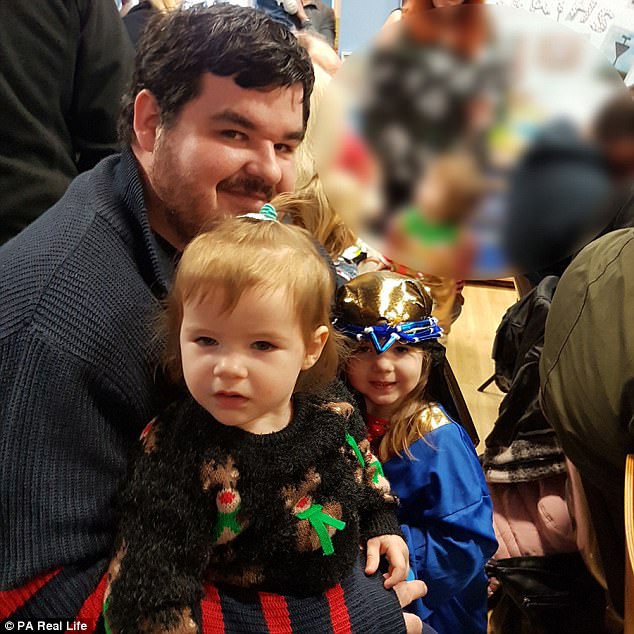 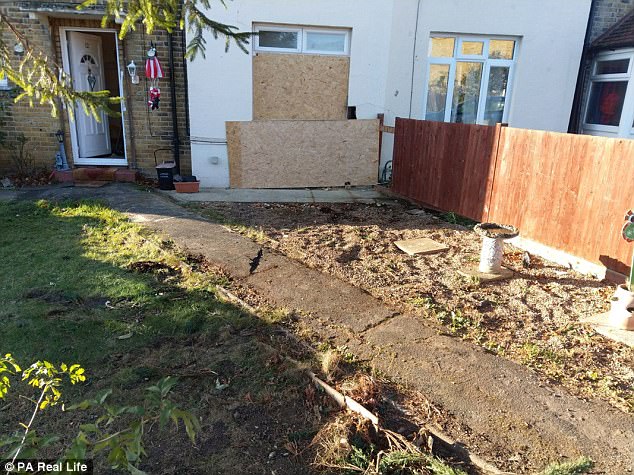 Now structurally safe, the family are still in their home and are looking forward to having better luck in 2018.

‘We’ve had a very stressful year, what with Clare dying and then my mum and dad,’ Terence continued.

‘Clare, who died in Kings College Hospital in central London, was sick for five months before dying.

‘We don’t really know why all her organs failed… we just know that they did. 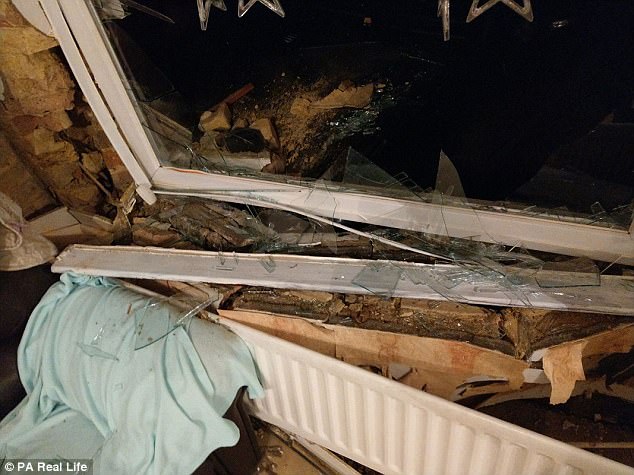 The front window was almost completely taken out by the smash ‘But, she was a wonderful mother and it was a real blow.’

His daughters were also devastated by the death of their grandparents, who they adored, especially so soon after losing their mum.

‘The children were the light of their grandparents’ lives,’ Terence reflected. ‘For my daughters, losing their mum, their grandparents and then having this terrible crash – all in a year – has been a lot to take in.’

A police spokesman said officers searched the area following the crash and arrested a 41-year-old man from Sittingbourne in the High Street, on suspicion of theft of a motor vehicle and dangerous driving. He has been released while the investigation continues.

The family is raising money for financial support. 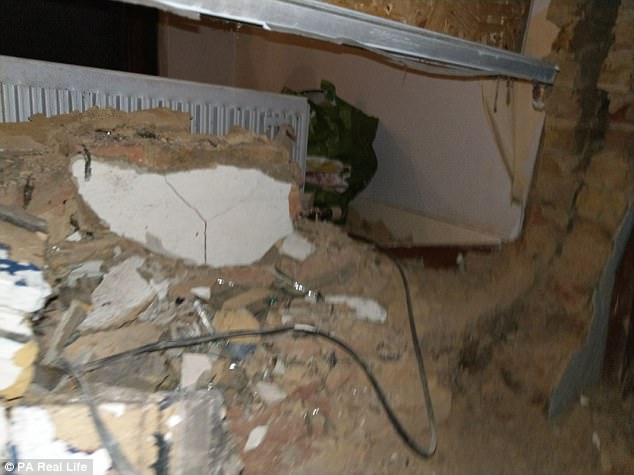 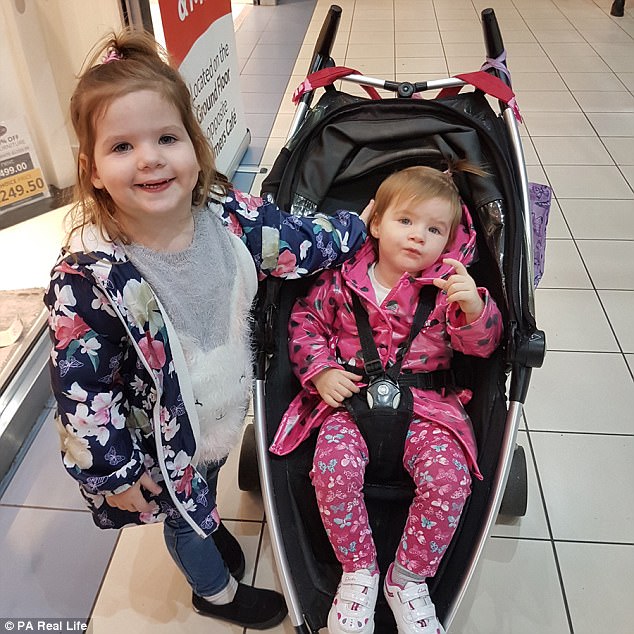 Emmie and Izabella have lost their mother and grandparents this year, so Terence in hoping for a better 2018