This what happens when you let a rogue toddler roam free during a live news broadcast.

Anchor Alastair Stewart was supposed to be giving ITV News viewers simple guidelines on testing for milk today – until a little Iris Wronka stole his limelight.

She was filmed edging around Alastair’s desk as introduced an interview with her mother Lucy Wronka about new guidelines on testing for milk allergies in babies.

The presenter informed viewers that Iris ‘will do whatever she chooses to do for the next couple of minutes’, before continuing with the interview.

Then the youngster took centre-stage, climbing onto the desk and trying to high-five Alastair. 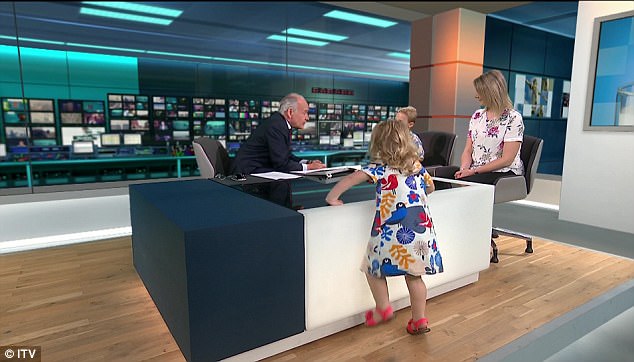 The presenter remained composed throughout as the little girl’s brother, George, struggled to answer questions on whether he missed milk, obviously distracted by his sister’s antics.

The girl’s mother also managed to keep a straight face, giving her views on raising children with the allergy. 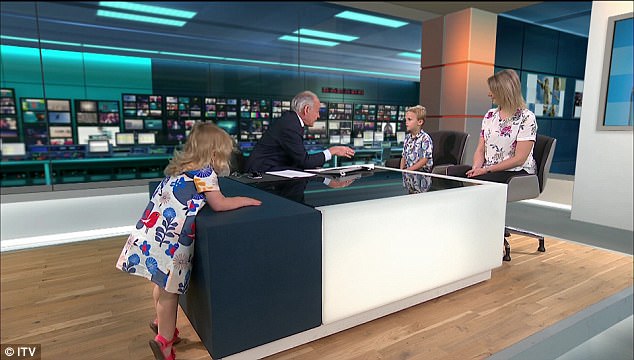 Having stifled laughter throughout the broadcast, the veteran newscaster joked at the end of the segment: ‘Mary Nightingale, I think, will have a more peaceful time at 6.30.

‘From all of us, a very good afternoon to you.’ 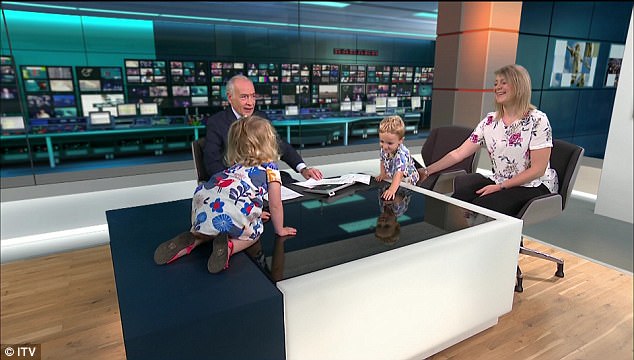 Finally, she climbs onto the desk as her mother struggles to remain composed

ITV News’ royal editor Chris Ship said: ‘What happens when mum comes into the studio with the kids. Live on @itvnews. Top work by @alstewitn.’

Responding to Ship’s message, BBC’s Today presenter Nick Robinson wrote: ‘Nice. One of my kids licked the desk when they came in.’ 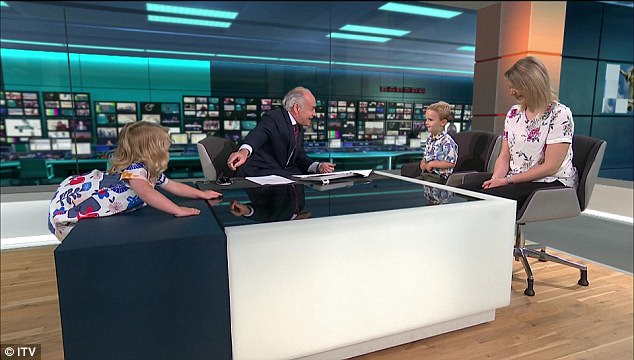 Another user claimed to have ‘Tears of laughter rolling down my cheeks!’

Robert Kelly of the Department of Political Science at Pusan National University was offering his expertise on the South Korean president’s impeachment when his two children burst into his office.

A woman followed them, grabbing both children and struggling to get them out.