A Kentucky toddler spent a week in a coma after contracting Rocky Mountain spotted fever from a tick bite.

Jackson Oblisk awoke on his second birthday on Friday and is still recovering from his battle with the rare, life-threatening infection.

Rocky Mountain spotted fever is so rare that Jackson’s mother, Kayla, was skeptical her son could possible be the one in 20,000 people bitten by a tick that carries the disease.

But tick-borne diseases are on the rise across the US, meaning more children like Jackson could be at risk.

Jackson Oblisk, now two, contracted Rocky Mountain spotted fever, leaving him with a rash all over his body, a high fever and whole-body swelling. He awoke from a coma on Friday

Jackson’s family didn’t initially think too much of it when he was bitten by a tick.

They simply plucked the bug off, assuming that was the end of it.

But soon the little boy, just under two years old, spiked a fever.

He wouldn’t eat or speak and became increasingly lethargic, weak and hyper-sensitive to touch.

‘We couldn’t get him to do anything, if you touched him he screamed,’ Kayla told ABC.

When his fever hit 105 degrees and broke out in a pink dotted rash all over his body, Kayla was sure something was very wrong with her son.

Doctors suspected Rocky Mountain spotted fever, but it’s an exceptionally rare disease, so Kayla wasn’t immediately convinced that could be what was ailing her son.

There are only about 3,000 cases of Rocky Mountain spotted fever a year in the US, and they’re typically concentrated in five states.

Over 60 percent of people diagnosed with the disease are in Arkansas, Missouri, North Carolina and Tennessee.

Two types of ticks – the American dog tick and the Rocky Mountain wood tick – are the primary carriers of the disease and they are prevalent in the five hot spots for Rocky Mountain spotted fever. 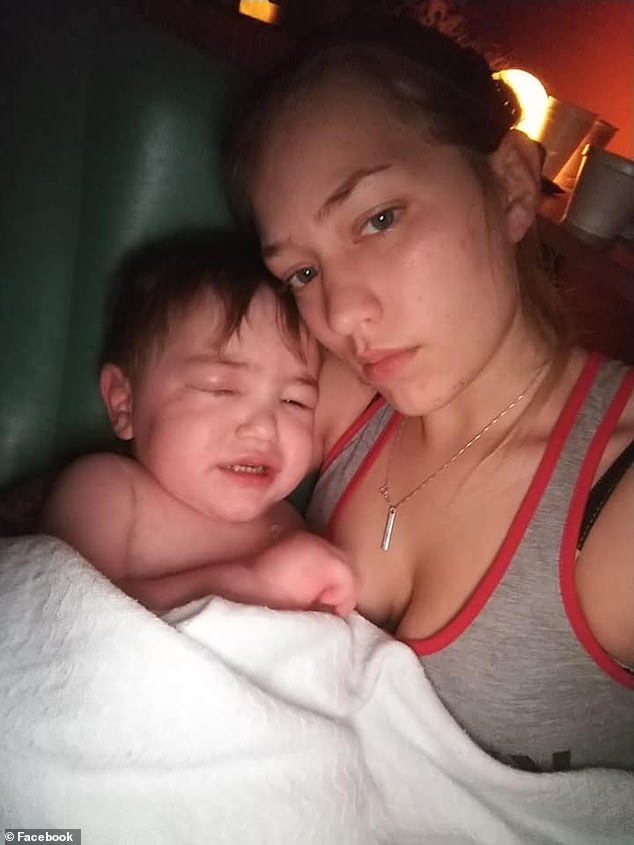 Jackson became so sensitive that his mother, Kayla (right) said he could barley be touched without screaming in pain 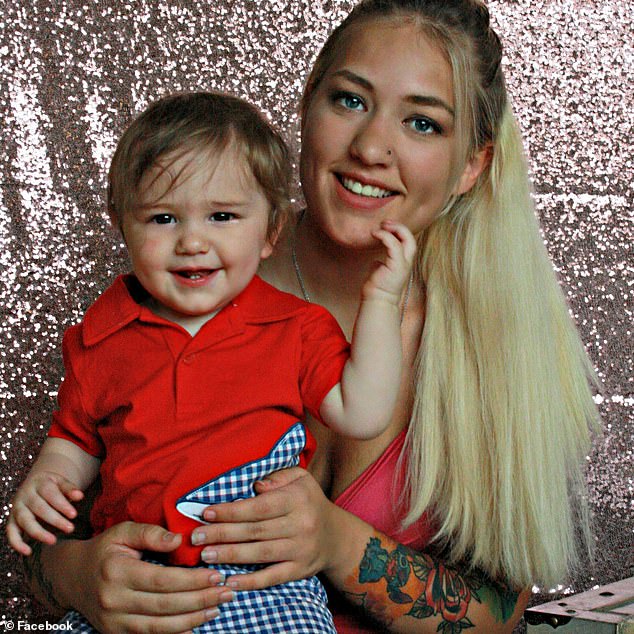 However, not all ticks of these two species carry the disease, and not everyone that gets bitten by a tick that is a carrier will develop Rocky Mountain spotted fever.

The ticks that do carry Rocky Mountain spotted fever are infected with a bacterium called Rikettsia ricketsii.

When they bite and burrow their heads under a human’s skin, the ticks can transmit the vicious bacteria to that person.

The bacteria quickly spread throughout  the bloodstream and into the lymph nodes and system that carry immune cells and fluids.

Ricketsia ricketsii attacks the blood vessels, and the damage they inflict can cause leaking, which in turn prompts swelling.

People who get the infection – which is most common in five- to nine-year-olds – develop the trademark rash that spotted Jackson’s body, a high fever, headaches and overall achiness, and nausea. 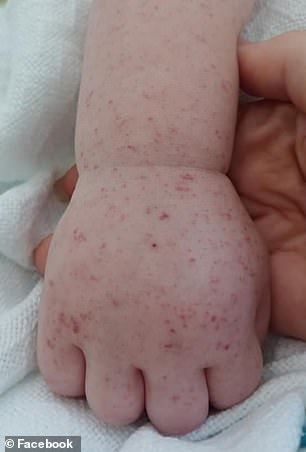 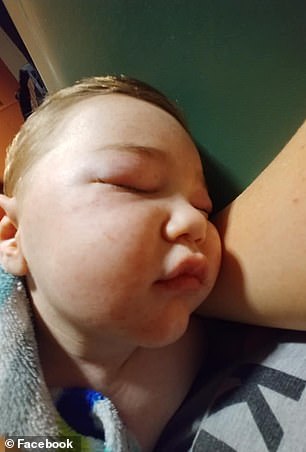 A pink, dotted rash all over this body was the telltale sign that Jackson had the rare tick-borne disease, Rocky Mountain spotted fever 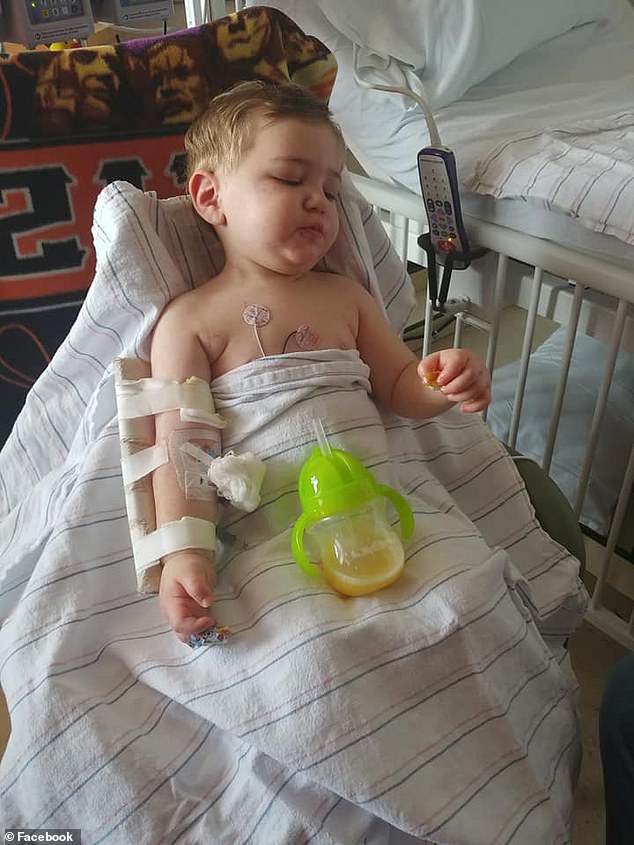 After antibiotic treatment, Jackson finally awoke in the hospital on Friday, his second birthday

In severe cases, the infection may attack the brain’s membrane, lungs and liver.

Even once he was diagnosed, Jackson’s fever remained high, his whole body was swollen and his blood and oxygen levels kept taking sudden nosedives. Doctors had to pump morphine into his tiny body just to keep Jackson comfortable.

Rocky Mountain spotted fever is still the most lethal tick-borne disease in the US, killing between there an five percent of the patients that contract it, but it generally responds well to treatment with doxycycline, a common antibiotic.

He still has a fever, but is slowly regaining his appetite – and even enjoying some playful moments with his parents, according to Kayla’s latest Facebook update.

But the medical care was costly. The Oblisk family has already racked up over $20,000 in bills.

And their fight may not be completely over. His mother wrote on Facebook that Jackson may need physical therapy, and is to be sent for an MRI to be sure his heart was untouched by the infection.

Still, she told ABC, the family is ‘just celebrating the fact that we are almost positive that he is going to be okay.’