A 14-month-old toddler who died from what his family claim was a spider bite, is now having his death investigated as a homicide.

Kamahl Bamblett was found unconscious at his Wagga Wagga home, NSW, on January 13, before dying shortly after in hospital.

On Tuesday, police revealed his death is being treated as murder, saying the toddler’s abdomen injuries didn’t match up with witnesses’ versions of events, 9 News reported.

Riverina police said an autopsy has revealed the toddler had not died from a spider bite.

‘A hundred per cent that wasn’t a spider bite, and there’s nothing there to indicate that that’s taken place,’ Detective Chief Inspector Andrew Spliet said.

Police say they were told several different versions of events.

Inspector Spliet said the boy died from significant injuries to his abdomen – inflicted by one or more people, and believes he would have died within a few hours of the impact.

Police revealed Kamahl Bamblett’s death is being treated as murder – saying they were told several different versions of the boy’s death, but none of them were conclusive with his injuries

‘It’s highly likely that if some type of medical assistance have been given to the child in that time period, that the child would still be alive,’ he told 9 News.

On the night Kamahl died his mother Tonnisha Sebbens, and her boyfriend Emmett Brown were at her Callaghan Street home with several other people.

Investigators are looking at several people of interest, and are calling on anyone who may have visited the house, before or after the boy’s death, to come forward. 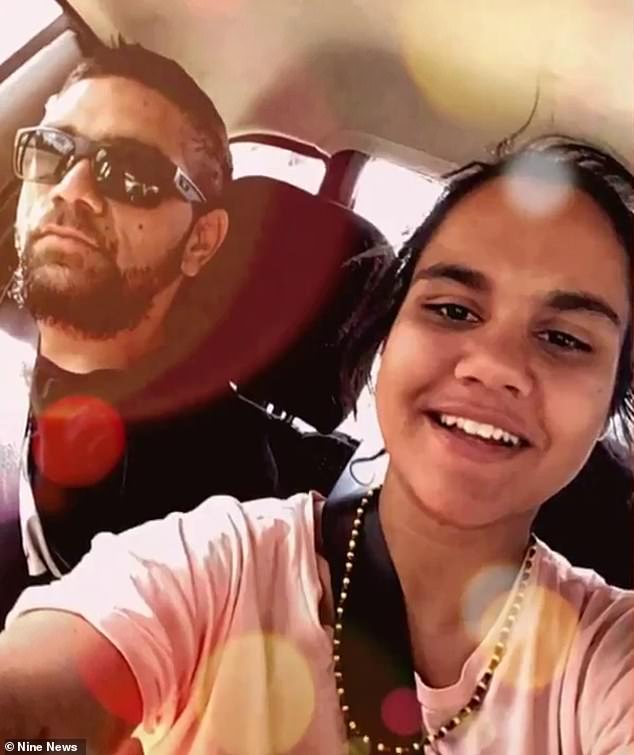