Disney fans have been treated to a sneak peek of a new Beauty And The Beast attraction that has incredible animatronic characters that look, almost freakishly, like living cartoon people.

The ride, called the Enchanted Tale, is set to open at Disney’s Tokyo park in spring 2020 and the firm has released incredible video footage of what guests can expect.

It shows how Belle and the Beast will come to life thanks to hi-tech animatronics, leaving guests feeling like they have stepped into the movie. 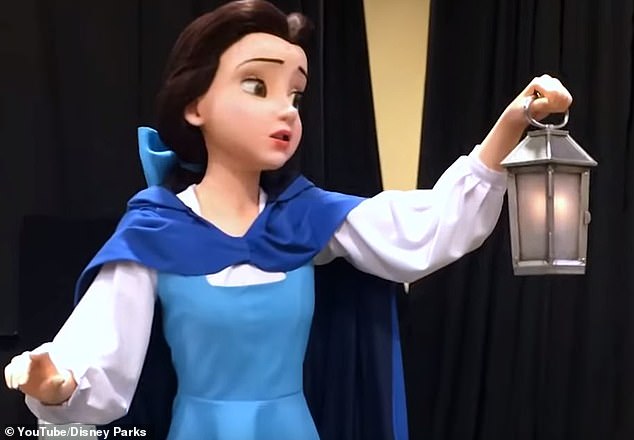 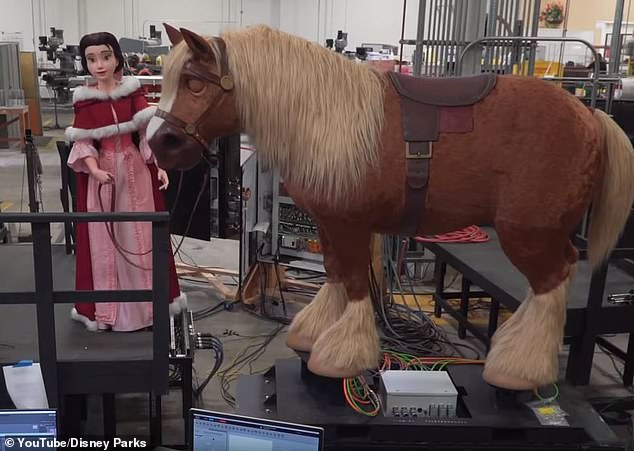 The characters have been designed so they look like the cartoons in the actual movie rather than real humans.

To experience the attraction, guests will sit in giant teacup vehicles, which can travel autonomously around the ride without the need for a track.

Guests will then be taken around recreations of some of the movie’s most memorable scenes including the Be Our Guest dinner sequence and when Belle and the Beast dance in the ballroom.

The ride will be housed inside a Beauty and the Beast Castle, with a tower that will stand at nearly 98 feet.

There will also be stores, called the Villages Shoppes and La Taverne de Gaston, dressed up like the shops in the small French village where Belle lives. 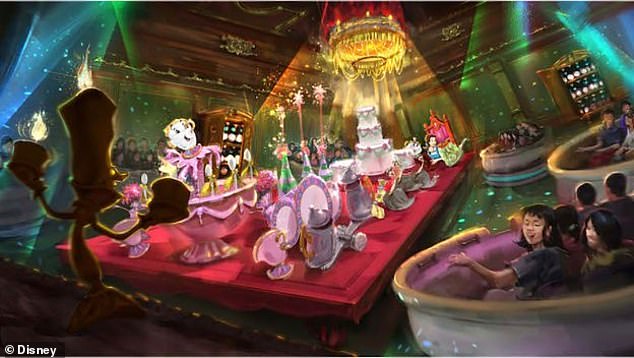 An artist’s impression showing how guests will sit in giant teacup vehicles, which can travel autonomously around the ride without the need for a track 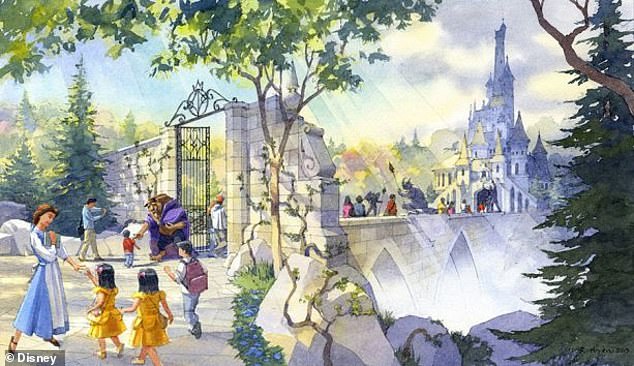 An artist’s impression showing the planned Beauty and the Beast Castle, which will have a tower that will stand at nearly 98 feet 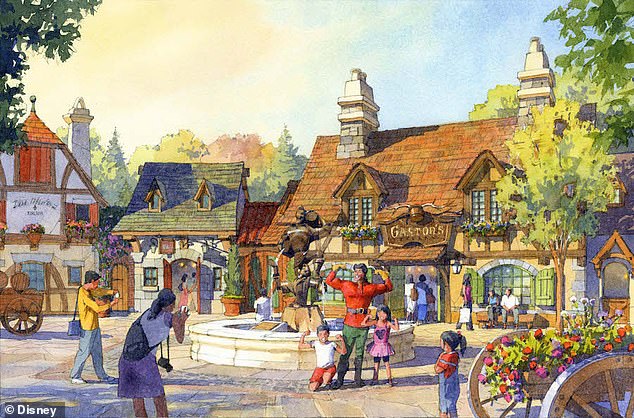 The Disney imagineers, or designers, who have created this attraction have also worked with the same animators who contributed to the original 1991 movie.

As well as the Beauty and the Beast attraction, the Tokyo park will also harbour a new theatre and two new attractions in Tomorrowland, including one based on the Baymax cartoon character.

There will also be a Minnie’s Style Studio, where guests can meet Minnie Mouse herself.

These too will open in spring 2020 and are part of a large-scale expansion plan for the Disney’s Japanese resort.