An Olympic diver has revealed the hair-raising reason she straps her wrists before every competition – and why athletes never head to to the pool without a shammy.

In a video uploaded to TikTok , silver medalist Melissa Wu said divers hit the water at a speed of 60 kilometres per hour when they dive from the 10-metre platform, leading many to wrap tape around their joints to prevent injury from the impact.

The 29-year-old from Penrith, NSW, said ‘literally every diver’ carries a shammy – a tiny microfibre towel – to dry themselves off to ensure they can can grip onto their legs to perform positions such as pikes and tucks.

‘If you’re wet, it’s really easy for your hands to slip off your legs in the air,’ Ms Wu explained. 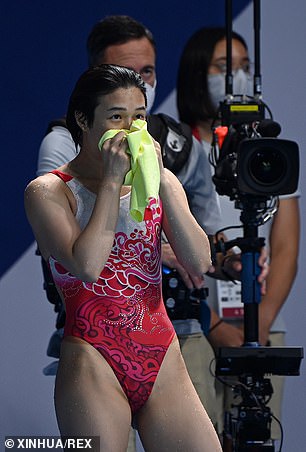 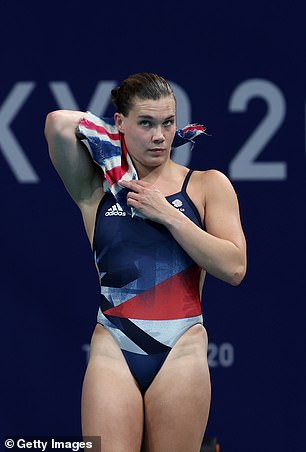 Ms Wu said ‘literally every diver’ carries a shammy – a tiny microfibre towel – to dry themselves off to ensure they can can grip onto their legs to perform positions such as pikes and tucks. (Pictured: Shi Tingmao of China (left) and Grace Reid of Team Great Britain (right) wipe their faces with a shammy)

Why Olympic divers carry shammies with them at all times

1. To dry their hands and legs to prevent their grip from slipping during movements such as pikes and tucks.

2. To dry their hair and swimsuits to prevent water spraying and blinding them while they dive.

3. To keep warm and avoid bringing 50 regular towels to the pool which get wetter quicker.

4. To mop up water dripping all over the chair they are sitting on between dives.

Hailed as ‘safety blankets’ and the ‘lifeblood of the diving world’, shammies are made from synthetic rayon or poly-vinyl which can hold up to 10 times their weight in water, and dry quickly after being wrung out.

They are affordable, with prices ranging from $20 to $50 (AUD) on most swimming websites.

Ms Wu said divers use the specialised towels to dry their hair and swimsuits to stop water spraying and blinding them while they spin in the air, as well as to keep warm between dives.

‘It can get quite cold, but if you use your towel it gets wet pretty quickly so using a shammy to dry off means you don’t have to bring 50 towels with you to the pool,’ she added.

Along with the shammy, Ms Wu never heads to a competition without a roll of heavy body tape.

She said she uses this to strap and support her wrists which have caused her chronic pain for the past 10 years.

Ms Wu said the most common diving injuries are to the neck, wrists, knees and back, all related to repetitive trauma from diving into the water again and again –  sometimes up to 50 times per training session.

‘I wonder how many dives I’ve done in the 19 years I’ve had in the sport,’ she added. 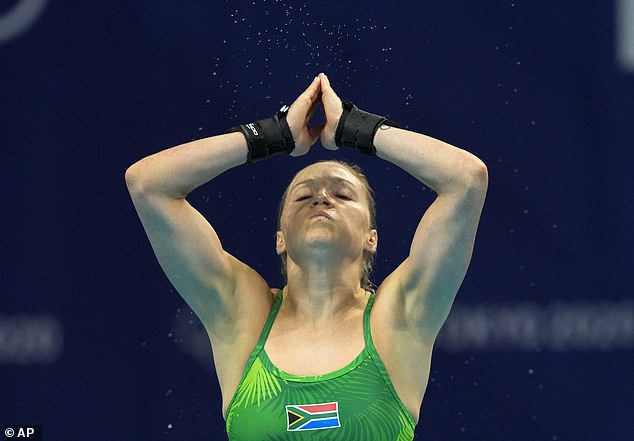 Julia Vincent of South Africa wears support bands on her wrists, designed to prevent injury when divers hit the water at 60km/h 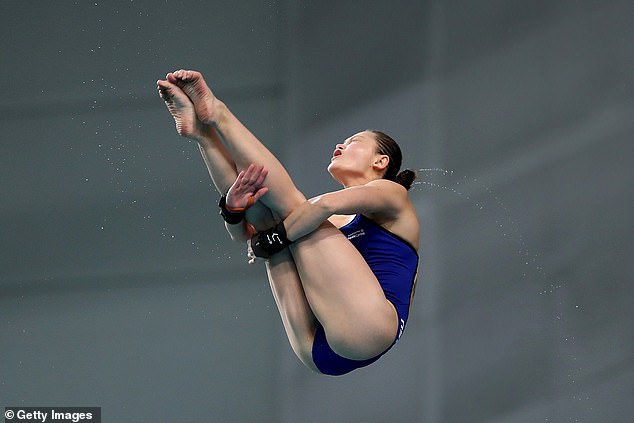 The revelations, which offer an insight into the high-pressure world of competitive diving, have been viewed almost one million times since the first video was uploaded on Sunday.

‘I didn’t know any of this, thanks for sharing!’ one viewer wrote.

A second added: ‘Always wondered about those towels.’

A third addressed the wrist strapping, saying: ‘Y’all are literally holding yourselves together with tape!’

When she’s not hurtling head first into the water at the Tokyo Aquatics Centre, Ms Wu is busy promoting her sport on social media. 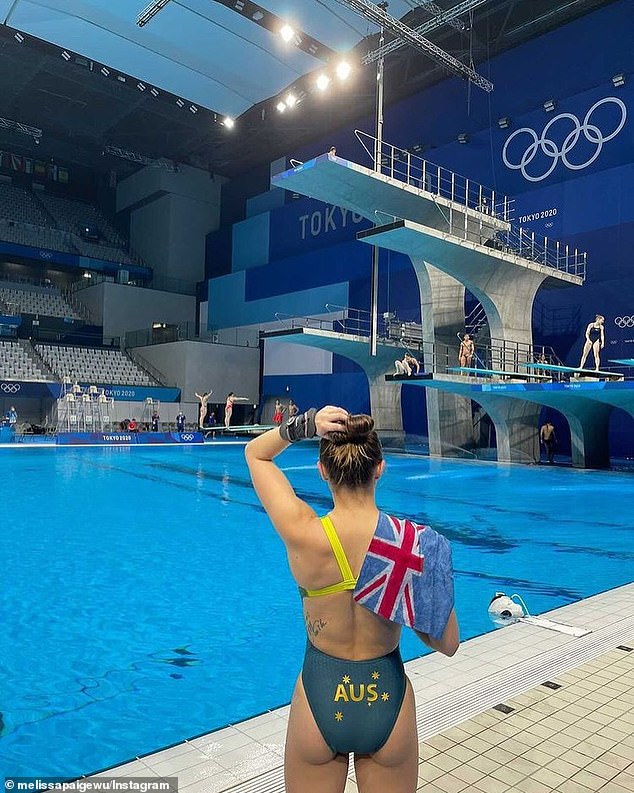 When she’s not hurtling head first into the water at the Tokyo Aquatics Centre, Ms Wu (pictured) is busy promoting her sport on social media.

Earlier this week, she shared a glimpse inside Team Australia’s elaborate headquarters at the Summer Games.

Describing it as her ‘home away from home’, Ms Wu pans the camera around rooms decorated with kangaroo statues, cosy hangout spots illuminated by neon lights and a ‘supermarket’ stocked with classic Aussie snacks. 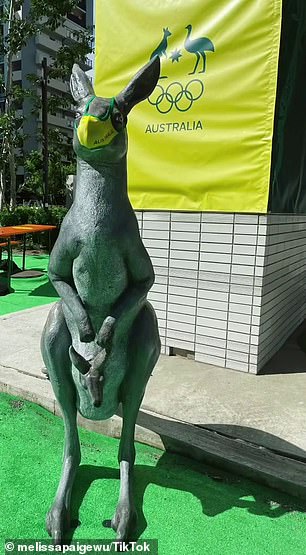 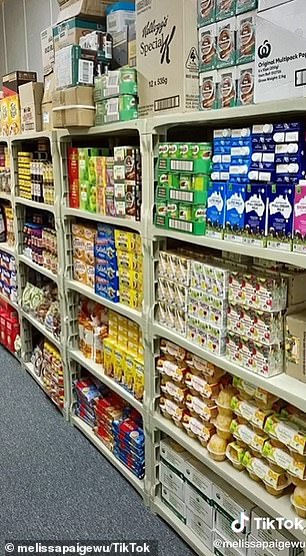 The footage also features a room filled with inflatable two-person cryotherapy ice baths from iCoolSport, which cost $1,765 (AUD) each.

Hailed as the ‘world’s toughest, most durable portable ice bath’, the lightweight tank-like devices promise to speed recovery after exercise by reducing temperature, blood flow and inflammation in muscle tissue.

Not shown in Ms Wu’s video was the coffee cart thoughtfully installed by the AOC to ensure athletes could enjoy a taste of home in Tokyo.

The organisers even managed to arrange for a barista from Melbourne – the de facto coffee capital of the world – to be on hand to serve cups of Joe throughout the games. 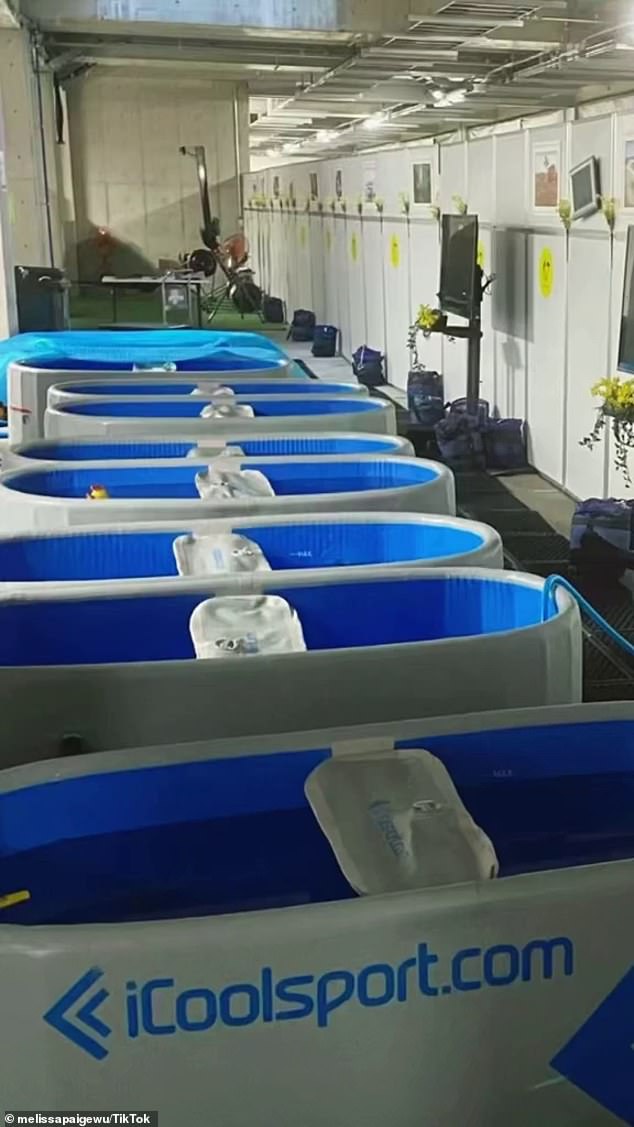 The footage also features a room filled with inflatable two-person cryotherapy ice baths from iCoolSport (pictured), which cost $1,765 (AUD) each 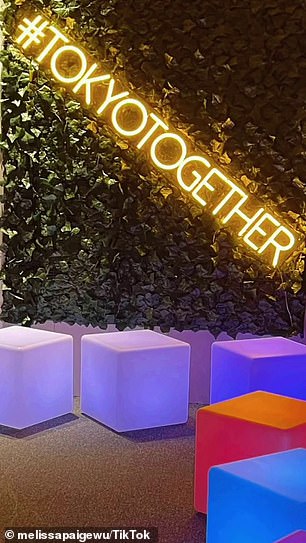 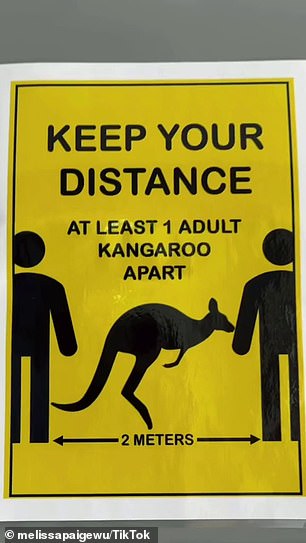 Elliot Johnson, who worked at Breakfast Thieves in Fitzroy and Little Rogue in Melbourne’s CBD before relocating to Japan in 2016, has been making 600 coffees a day since events kicked off on July 23, the Guardian reported.

Olympic fanatics were quick to rave about the elaborate set-up shown in Ms Wu’s video, which has racked up 171,000 views since it was posted on July 31.

‘Absolutely love the setup for our wonderful athletes. Kudos to the committee that thought of EVERYTHING they’d need, over and above,’ one person wrote.

Another added: ‘They provide Aussie snacks, that’s so cool!’