One reign ends, another will have to wait. On a quite astonishing morning in Tokyo, Alex Yee so nearly swam, cycled and ran to Britain’s first gold medal of these Olympics, only to see a burly Norwegian in his rear view mirror.

Kristian Blummenfelt was meant to shrink and disappear across 10km of blue carpet, but it just didn’t happen. He stayed and he stayed and then he passed with just two kilometres remaining of this most brutal of events, running away to take the prize and leaving Yee on the deck in exhaustion.

The experts felt, with some justification, that no one could match the 23-year-old Brit in trainers. But it didn’t play out that way at the end of a quite phenomenal performance, and so there was a momentary surprise written across Yee’s face as he processed a close-run thing. 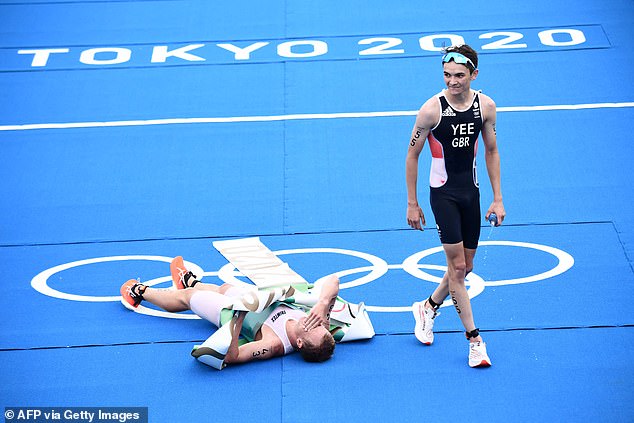 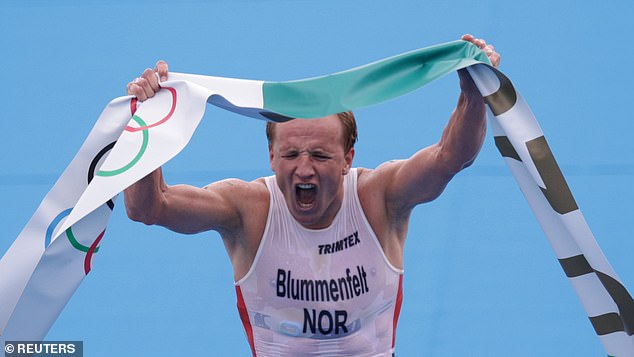 Like the taekwondo fighter Bradly Sinden who took silver a few hours earlier, he will know he was within reach of the top prize. Like Sinden he will sill surely come again for a shot at picking up Alistair Brownlee’s baton. He is a serious talent and this was a seriously good result.

But there will be no next chance for Jonny Brownlee, whose brilliant collection of one bronze and one silver did not reach an idyllic conclusion. He was fifth, and will now leave the sport a legend but not an Olympic champion.

Yee said: ‘A bit bizarre really. I’m just a normal guy from south-east London. Dreams really do come true. He was the better man on the day but I was as well-prepared as I could be.’ 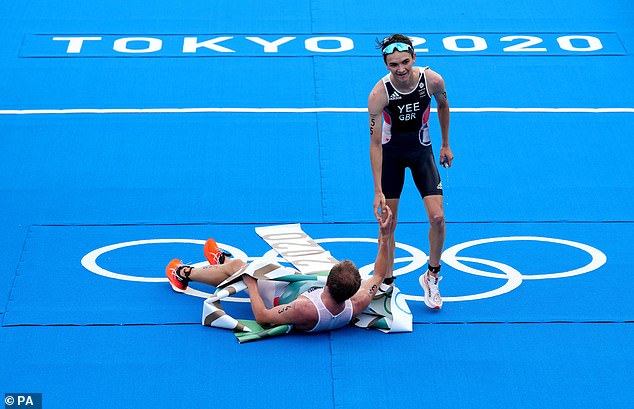 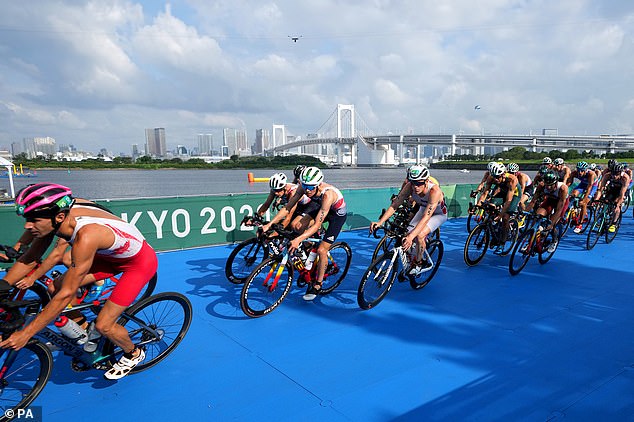 Brownlee, 31, was thrilled for his team-mate, saying: ‘He deserves that medal, he works unbelievably hard.’

The start was chaos, caused by a camera boat that had strayed on to the course. What that meant was half of the field of 51 dived in at the gun and the remainder, including the Brits, remained on the pontoon with their path blocked by the vessel.

Those who entered the water, including the French favourite Vincent Luis, made it a full 150m down the course before being turned back.

Watching on, former world champion Non Stanford said: ‘I’ve never seen that – definitely not in the Olympics. Hopefully the guys who did jump in, it didn’t affect their race too much.’

Brownlee, typically strong through the 1500m swim, took his usual position near the front, and emerged in eighth, nine seconds behind Luis. Yee was down in 30th, a further 20 seconds behind. The imperative for the Londoner was stemming the bleeding through the swim and the 40km bike race to tee him up for the run, where he theoretically would hold the best cards.

To that end, he entered the final transition in a group of 20, and Brownlee, the stronger rider, was at his side, 16sec behind, with only Andrea Salvisberg out in front having broken from the pack at the bell. That breakaway never looked enough for Salvisberg, and for Brownlee the worry was that he had no advantage over Yee. 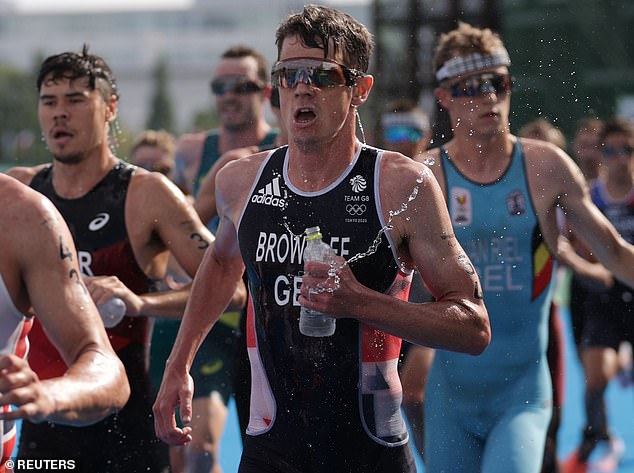 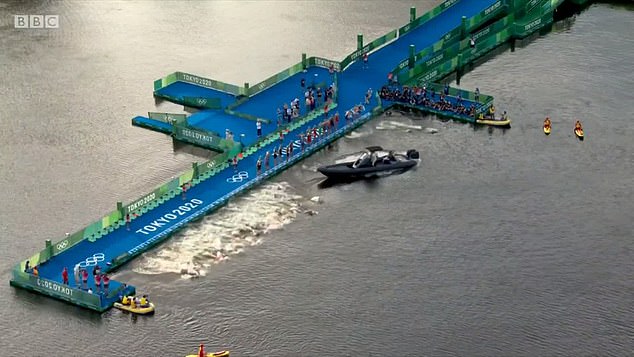 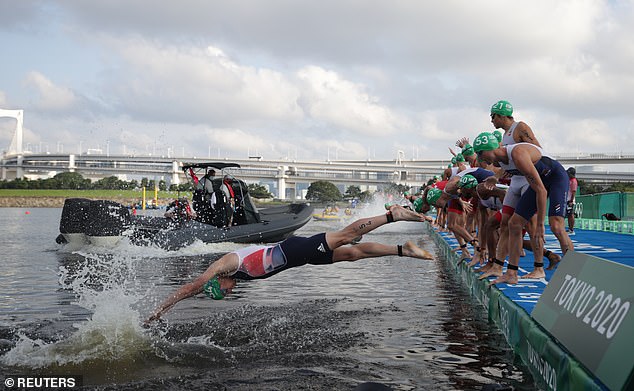 So over to the run, that most brutal closer. Yee, an international standard 10k runner with a formidable personal best of 27 minutes and 51 seconds, took control after just a few hundred metres of the first of four loops.

With flesh and blood opposition thinning out, and the power of his running so well known, his biggest adversary looked like a combination of the occasion and the weather, which by 8am local time had already reached 27 degrees with a humidity of 72 per cent. A dangerous assumption, it turned out.

Going into the final lap we suddenly had a shootout between Yee and Blummenfelt. Blummenfelt, a serial contender on the circuit, went to the front but he was grimacing. He surely couldn’t hold on.

But to the shock of everyone, he did, finishing 11sec clear of Yee. Galling and brilliant in one.