‘That should be a highlight of the Olympics’: Australian park skateboarder Kieran Woolley TAKES OUT the cameraman at the end of his faultless opening run which placed him first… leaving fans in raptures

It’s usually the skateboarders that are left bloodied and bruised, but at the Olympics on Thursday, it was the turn of the cameraman to dust himself off.

Australia’s Kieran Woolley opened up his park skateboarding campaign in Tokyo, which is making its debut at the Olympics, in style with a faultless first run.

However, right at the end of his opening run in the qualification heats which initially put him first, Woolley inadvertently smashed into the nearby cameraman after performing a last-gasp rail grind. 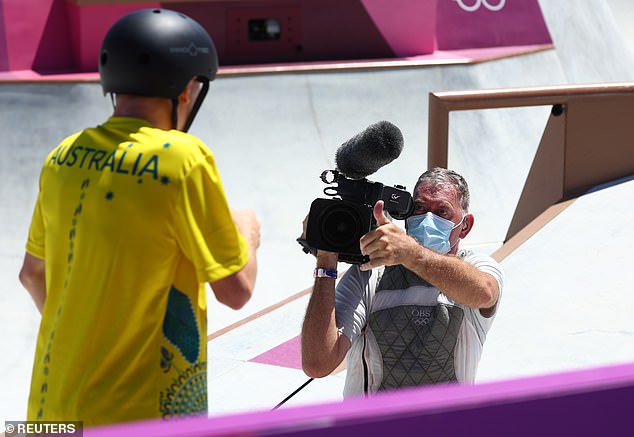 The 17-year-old lost balance before completely wiping out the unlucky victim, who fell straight to the floor while still holding his camera.

Woolley immediately put his hands to his head before apologising to the cameraman, who gave the thumbs up, while still holding his camera, to let him know that no damage had been done.

Olympic fans were quick to make light of the situation, taking to social media to express their amusement.

One fan wrote on Twitter: ‘Kieran Woolley taking out the cameraman while also getting the highest score is class.’

Another TV viewer made a skateboarding-related pun, writing: ‘Australia’s Kieran Woolley ending his run with the rare and difficult back side cameraman-bonk.’ 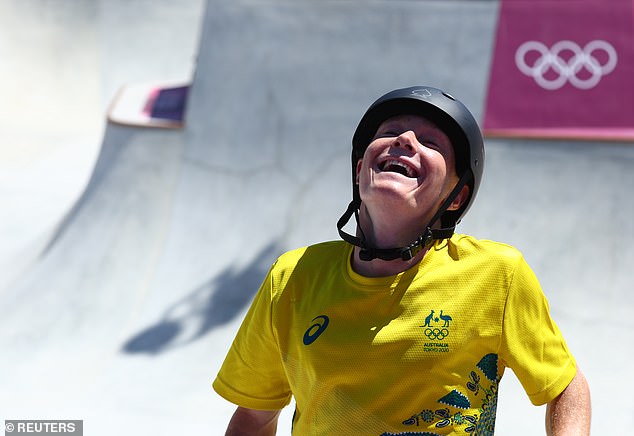 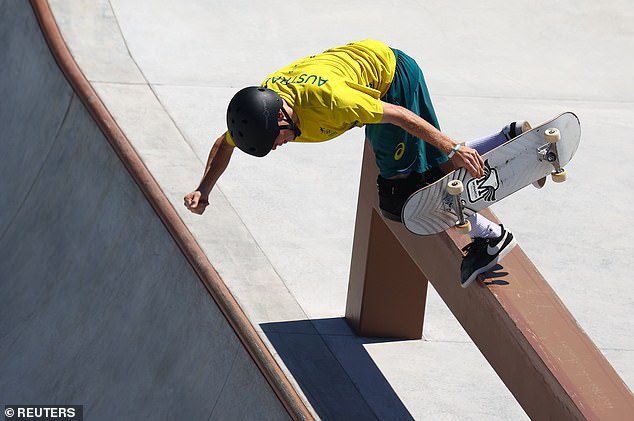 Woolley shone during the first qualification heat, and will take his place in Thursday’s final

‘Kieran Woolley destroying the camera man is what I’ve been waiting for in these Olympics,’ another joked.

And finally, another fan said: ‘Kieran Woolley just took out the camera man after a rail grind. Then goes top of the leaderboard on his 1st run.’

Woolley was one of the stars of the opening qualification heat, and progressed through to Thursday’s final with absolute ease.

After qualifying for the final, the Australian said: ‘It is going to go insane, it will go off for sure.

‘We have all the heavy-hitters coming up in the next heat. It’s going to be super fun.’