Tokyo Olympics: Australia’s Olympic swimmers touch down in Darwin and go into quarantine

Our Australian swimming heroes have returned home after their most successful Olympics in the pool in Tokyo.

The swimmers touched down at Darwin Airport early Tuesday morning on a special Qantas flight charter.

They were greeted on the tarmac by medical staff before they whisked into the buses and transported to Howard Springs, where they will spend the next two weeks in quarantine before heading home for a well-earned break.

The swimmers will have to abide by tough rules, including a strict diet of three meals day and no alcohol.

They will have a balcony so they can enjoy some fresh air.

Australia won nine gold medals, three silver and eight bronze in the pool in Tokyo, our most successful Olympics in the pool.

Emma McKeon is now Australia’s most decorated Olympian will 11 medal, including a seven medal haul in Tokyo. 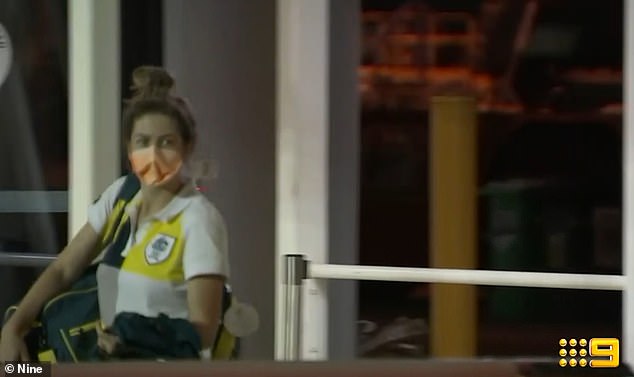