British pair Deborah Kerr and Emily Lewis will face each other in the quarter-final of the kayak singles at the Tokyo Olympics.

The duo are competing in the women’s canoe sprint K1 200m event in the Japanese capital.

Kerr came third and Lewis fourth in their heats, missing out on the top two spots which would have seen them qualify automatically for the semi-finals. 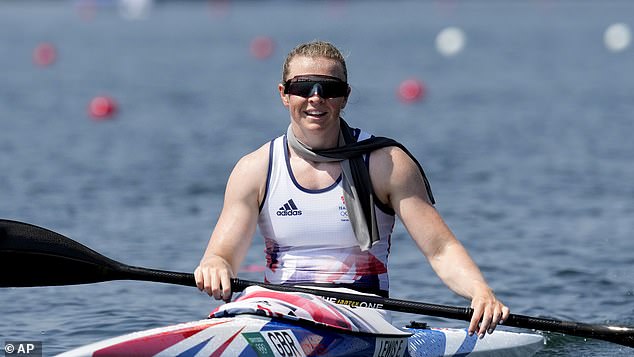 She will face Emily Lewis (pictured) in the same quarter-final at 4.14am BST on Monday

However, they will get another chance to qualify, although they will be in the same quarter-final, set to take place at 04.14am BST.

Motherwell’s Kerr and Lewis – on her Olympic debut – will both be keen to progress.

Elsewhere, New Zealand’s Lisa Carrington triumphed in her heat and is straight into the semi-finals.