Charlotte Dujardin made history at the Tokyo Olympics on Wednesday after winning bronze in the individual dressage saw her become the most decorated British female Olympian – as she won a sixth medal.

Dujardin came into the event having just won a record-equalling fifth medal with another bronze in the team dressage final – but now she has entered a league of her own after an accomplished display with new horse Gio.

She finished with a total score of 88.543 per cent finishing behind Germany’s Isabell Werth on 89.657 per cent, who claimed silver, and compatriot Jessica Von Bredow-Werndl on 91.732 per cent – which was enough for the gold medal. 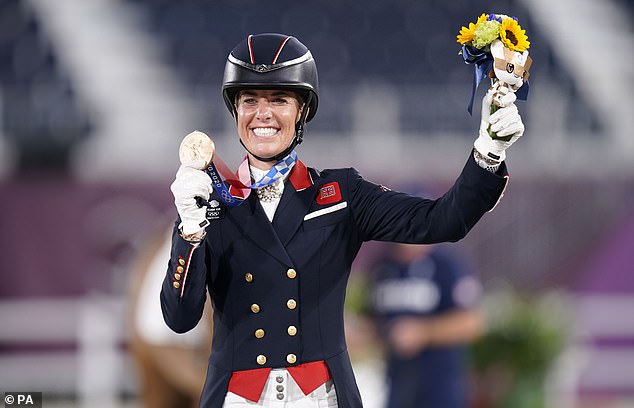 While her nine-year reign as Olympic individual dressage champion ended on another night of German domination, a podium finish saw her break the record of five Olympic medals she jointly held with rower Dame Katherine Grainger and tennis player Kitty Godfree.

It was a remarkable performance by 36-year-old Dujardin, given her horse was contesting its first major championship.

‘People say it, and I can’t quite believe it. Being level with Katherine Grainger was good enough, and now I have beaten her. It’s incredible, and I can honestly say I am proud of myself. 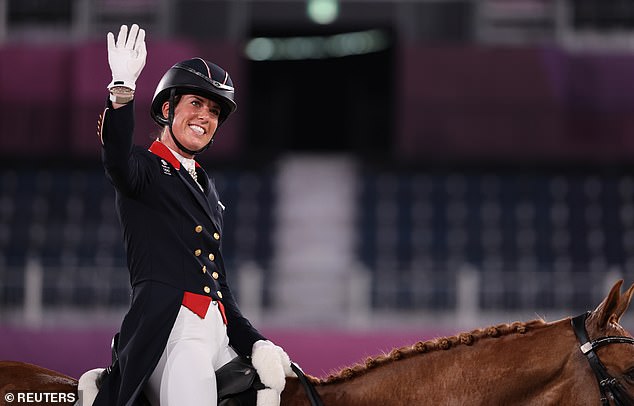 ‘I knew I wasn’t going to go down without a fight. I wanted to go out and enjoy it, and he gave me absolutely everything.

‘I was literally throwing him from one thing to another thing, and he just keeps going. What he has done here is phenomenal.’

This week she had won Tokyo team bronze with Carl Hester and Charlotte Fry, with Hester and En Vogue finishing eighth individually, and Fry on Everdale in 13th. 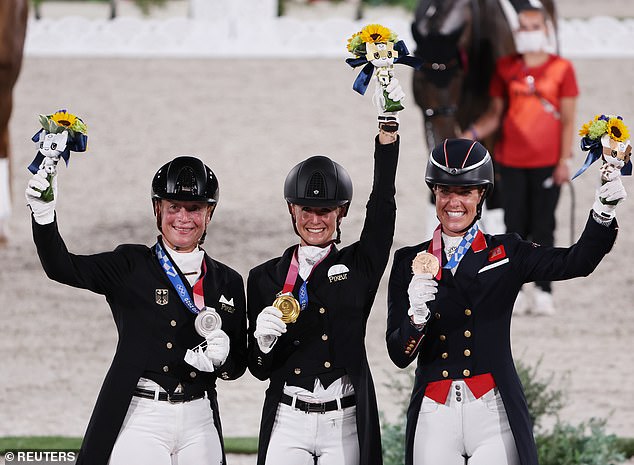 Going into the London 2012 games, Enfield-born Dujardin was just 27 and largely unknown outside the dressage world. But current Great Britain team-mate Hester, who has trained and mentored Dujardin throughout her career, knew all about her vast potential and confidently predicted she would take the sport by storm at Greenwich Park.

Dujardin and the brilliant Valegro, a horse co-owned by Hester, served notice of their Olympic credentials by setting a new world record for the grand prix special in Germany just three months before the Games.

But London took her to rarefied heights as she won team gold alongside Hester and Laura Bechtolsheimer, then took the individual title following a freestyle to music routine that included Land of Hope Glory, The Great Escape and chimes of Big Ben.

By the time Dujardin’s second Olympics dawned at Rio 2016, she had established total domination of dressage aboard Valegro, holding the sport’s world records in grand prix, grand prix special and freestyle, and was overwhelming favourite to retain her individual crown.

Britain won silver in the team competition, before Dujardin returned and overcame stamina-sapping heat to land another individual gold in what was a completely different experience from London. 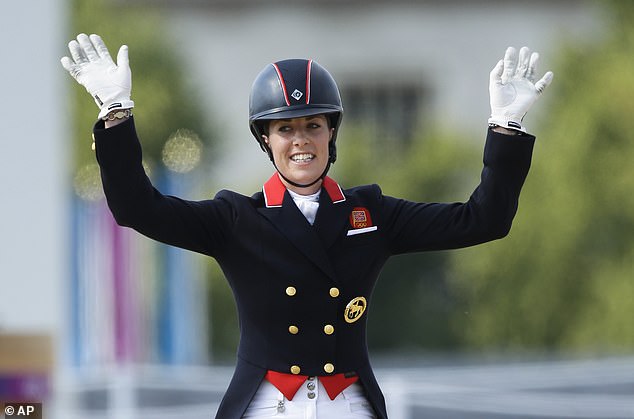 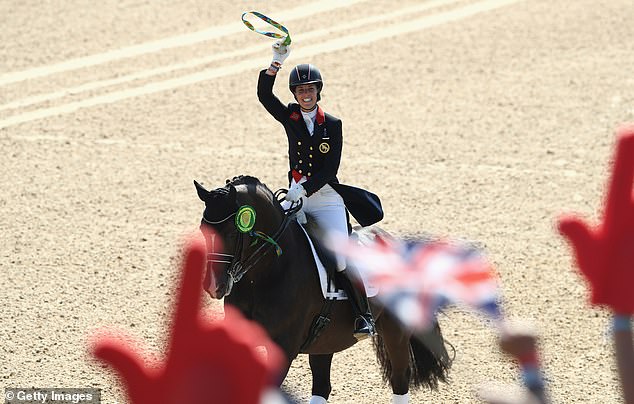 ‘I had the expectations and the pressure here, and I did feel it for the first time,’ she said afterwards. Valegro, winner of 10 Olympic, world and European gold medals with Dujardin, was formally retired at the London International Horse Show four months later.

In retirement, Valegro is based at Hester’s Gloucestershire yard, while there is a bronze sculpture of the horse and street name – Valegro Avenue – in the market town of nearby Newent, and Dujardin effectively took a year out from elite dressage competition after Rio, concentrating on developing an outstanding string of young horses for which she has a global reputation.

Stars among that group are Mount St John Freestyle and Gio, with Gio her chosen horse for Tokyo. Despite his young age – 10 – and lack of international experience, he delivered a superb grand prix test in qualification for the team and individual finals, and again responded magnificently in the team final to secure a third-placed finish.

They followed that up in Wednesday’s individual freestyle final with another brilliant podium place.