You could call it the Bryony bounce. When Bryony Page somersaulted her way to a shock silver medal at Rio 2016, she also turned trampolining on its head back home.

Before Brazil, many people thought the gymnastics discipline was just something you did in your back garden rather than on an Olympic stage.

But the day after Page become the first Briton to win a medal in the event, there were thousands of new converts wanting to learn how to twist and tumble, with the numbers searching for their nearest trampoline club on the British Gymnastics website increasing by 511 per cent. 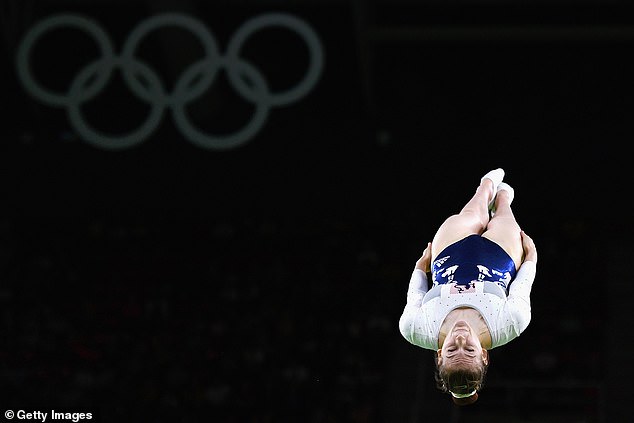 ‘It is flattering to hear that something I did at the Games, with it being on TV on a Friday night for people to watch, inspired others to start,’ Page, 30, tells Sportsmail from the British Gymnastics training base at Lilleshall.

‘After my event, I did my normal check of social media before bed, which normally doesn’t take very long, but I was on there for hours scrolling down and reading messages.

‘People were saying, “I didn’t even realise trampolining was an Olympic sport or a sport at all, this is really cool, how have I never seen this before?”.

‘That was really nice to hear because trampolining is not a very well-known sport and when the majority of people think of it, they think of garden trampolines. Parents also got in touch on social media and said they watched and they were going to enrol their kids, or they had been inspired to take it up again themselves. When I came back from Rio, a lot of clubs’ coaches told me that their waiting lists had filled up really quickly. It was really exciting.’

Among the millions watching back home on that famous Friday night five years ago was Laura Gallagher, who will compete with Page for Team GB in the women’s trampolining at Tokyo 2020 on July 30. 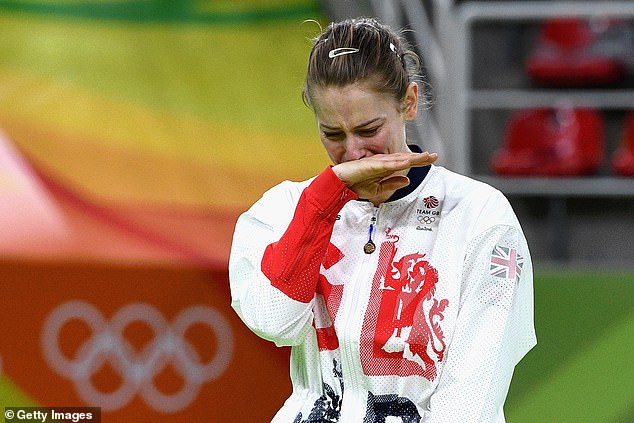 ‘It had a reach and exposure wouldn’t normally have and because Bryony’s reaction was so raw, that’s what people love about the Olympics,’ says Gallagher, referencing the way Page collapsed to the floor and broke down in tears when she realised she had secured the silver.

‘It showed other younger athletes, and us, that it is possible. It all just starts with a dream.’

Gallagher remembers being that little girl with a dream. She started trampolining aged six — five years before the sport made its Olympics debut at Sydney 2000.

‘My mum found some old letters I’d written, where I said I wanted to be a professional trampolinist,’ recalls Gallagher. ‘Mum had written in brackets, “She has a wonderful imagination”.

‘I was only six and I had just done my first competition. In fairness, it wasn’t in the Olympics then and she probably thought that it wasn’t a thing.

‘But it just starts with a bit of an imagination. It can be a career and can lead to other things. All the work is done at the clubs and then this — the Olympics — is the cherry on top of the cake. We owe everything to our clubs and coaches.’ 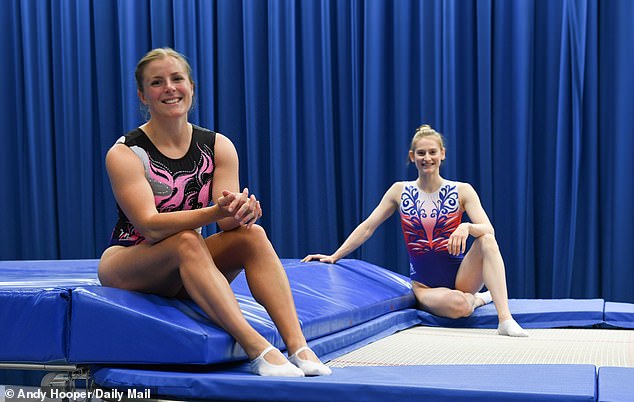 Gallagher, who will be making her Olympic debut at 32, has trained at the Quayside Trampoline and Gymnastics Club in Bridgwater, Somerset since she was 12 and is coached by Sue Bramble.

Page, meanwhile, started out at Wrenbury Wasps and Aerodynamics, both in Nantwich, Cheshire. She then moved to Sheffield, where she also studied for her biology degree, in 2010 and joined the Sheffield Performance Trampoline and Gymnastics Club under Paul Greaves.

The British duo are also both now qualified coaches, something they hope to do more of after the Olympics. ‘It is really important to give back and stay involved in some way, helping the kids that are coming up,’ says Gallagher. ‘That is another way of helping the sport keep moving.’

Page adds: ‘It would be good to get more coaching in and get an adults class going. I’d love to be able to run one. You want to get people involved, whatever age.’

As well as coaching, Page has been into schools to talk to children about her achievements at Rio and promote her sport, with one visit standing out more than most. 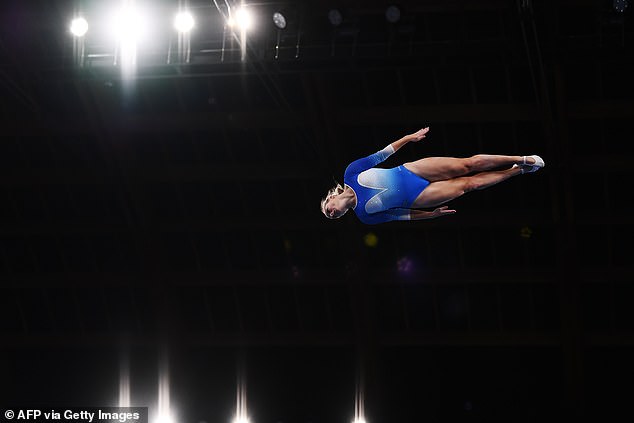 ‘My mum is a primary school teacher so one of the first schools I visited was hers,’ explains Page. ‘She brought me in as her special show and tell! She told the children, “When we do show and tell, it’s something we are really proud of and I am really proud of my daughter”. I almost cried in assembly!

‘I have been to a lot of other schools in Sheffield and around the UK. It is exciting to be able to do that. I always get a bit nervous because you want to make a positive impact on people and inspire them even more. When I was young, I remember meeting Gary Smith, who is our national coach now and competed at the 2004 Olympics. That inspired me so it feels a bit surreal that I am now doing that myself.’

Page and Gallagher now have the chance to inspire again at the Olympics in Tokyo, where they hope their displays can get participation soaring like it did after 2016, when 28,000 more people took up gymnastics.

‘You learn lessons in sport that you don’t learn in the real world,’ adds Gallagher. ‘On so many levels, it is such an incredible experience. It is definitely worth doing at least a few trampolining lessons just so you know the basics of safety if you have a garden trampoline.

‘Trampolining is healthy, it is fun, it can be competitive and it can be a career. It is so important we keep this legacy running.’