Tokyo Olympics: Lauren Williams forced to settle for silver after being defeated by Matea Jelic

By Mike Keegan For The Mailonline

The Welsh 22-year-old was up by six points with 19 seconds left and three points with 14 seconds to go but Jelic’s clinical attack saw her opponent snatch the gold from her grasp.

In the end, the margin of victory was 25-22, but Williams did everything bar finish a nervewracking contest off. 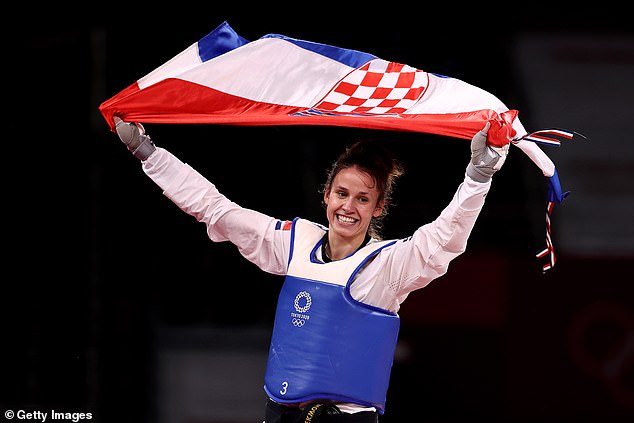 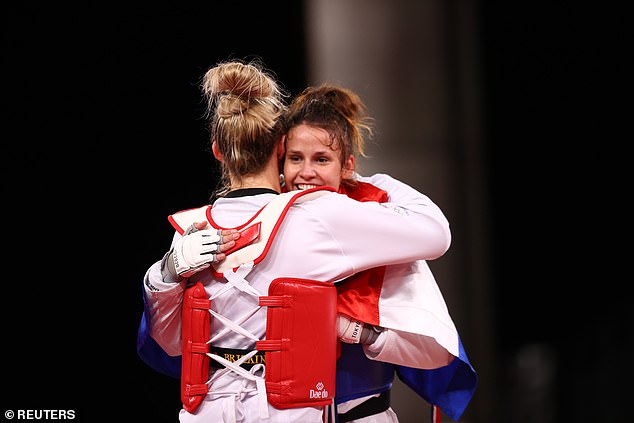 Team GB had earlier won three golds on a memorable day in the Japanese capital, with Adam Peaty sealing 100m breaststroke glory, divers Tom Daly and Matty Lee triumphing in the synchronised 10m platform and Tom Pidcock blowing away the field to finish first in the cross country mountain biking.

But Williams, in the -67kg category, fell desperately short, despite a heroic performance against the favourite.

‘It’s not enough,’ she said in the immediate aftermath. ‘I know it’s not enough, I had her with ten seconds to go. I messed up, I made a mistake and it’s on me.‘I didn’t go out there to lose, I went out there to win, I tried my best in that situation and it just didn’t happen on the day. I’m very happy with how I performed all day, it’s gutting in the last ten [seconds]. But an Olympic silver medal, it’s not bad is it?

It certainly is not. 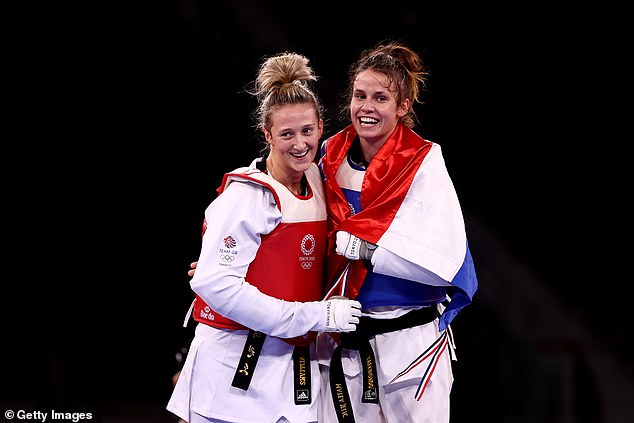 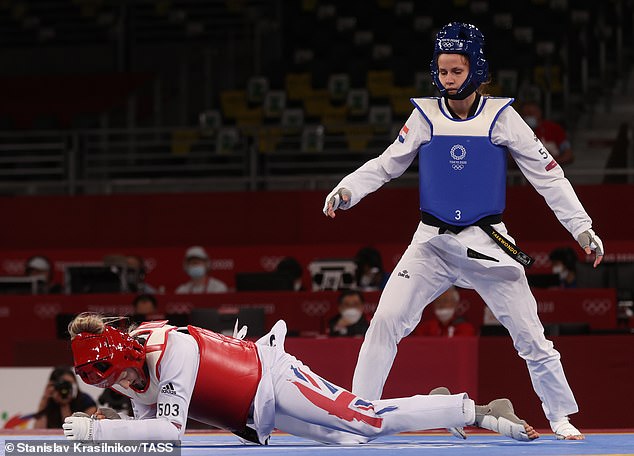 I’ve not had the best preparation at all,’ Williams added. ‘But that’s not an excuse, I felt good coming here today, I’ve had injuries, I came out to the Games late as well which damaged my prep.

‘But as soon as I got here, I hit the ground running and I was pretty confident going into today, so I’m happy.’

Williams is early in her career and she should challenge again in Paris, and again in Los Angeles. For now she was left to reflect on a staggering debut.

‘It’s been absolutely crazy,’ she said. ‘For my first Olympic Games, it’s been insane. A very good experience, and thanks to The National Lottery for getting me out here, I wouldn’t be here without you.‘ A big thank you to the people at home. It’s been a very good day.’

Earlier in the day, Williams had overcome Ivory Coast’s Ruth Gbagbi 24-18 to book her spot in the final. She then had a gruelling wait of close to five hours ahead of the gold medal clash. 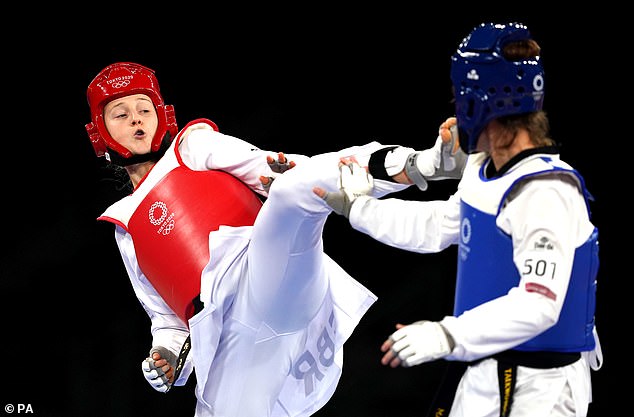 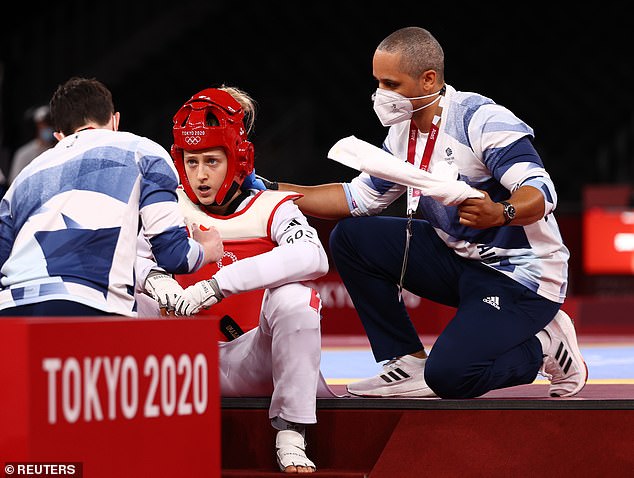 Williams’s journey to the Olympics included a stay in a mobile home. At the age of 14 she moved from Blackwood to Manchester to train with Great Britain’s taekwondo team at their HQ.

Because of her age, she was too young to stay in digs and so instead lived with her mother in the family’s caravan, sleeping on sofas. She was inspired by Jade Jones’s taekwondo gold at London 2012 while in another caravan on a family holiday.

Jones, who made a shock early exit, was in the arena to watch the drama unfold. The Welsh girl’s preparation for Tokyo has not been orthodox, to say the least.

Last year, her family were evacuated from the family home on VE Day when her dad, Allan, discovered a suspected bomb while doing a spot of gardening. The alarm saw three streets evacuated, with socially-distanced celebrations to mark the 75th anniversary of the end of World War II temporarily halted before the bomb was found to be an old fence post.

Williams turned her folks’ living room into a gym after moving back to South Wales at the start of lockdown and joked that she destroyed ornaments in the build-up to Japan.

On an emotional night, everyone was left in pieces. 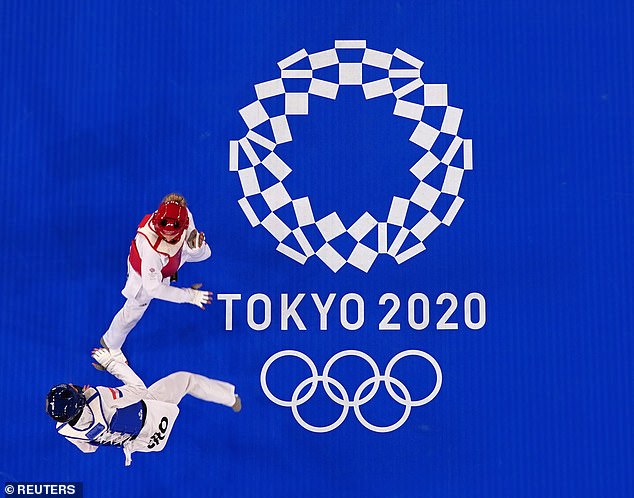