World number one Novak Djokovic has urged Olympic officials to move matches to the evening to combat the searing daytime heat and humidity at Tokyo 2020, admitting he felt ‘constantly dehydrated’ in his victory over Hugo Dellien.

Despite coming through his first match with significant ease, Djokovic called out the extreme heat on court, with matches beginning at 11am.

‘I’m still waiting to meet the player that likes this kind of weather,’ he said after the match. ‘Playing in extreme heat and humidity that is 90 per cent or God knows how much, it’s very challenging. 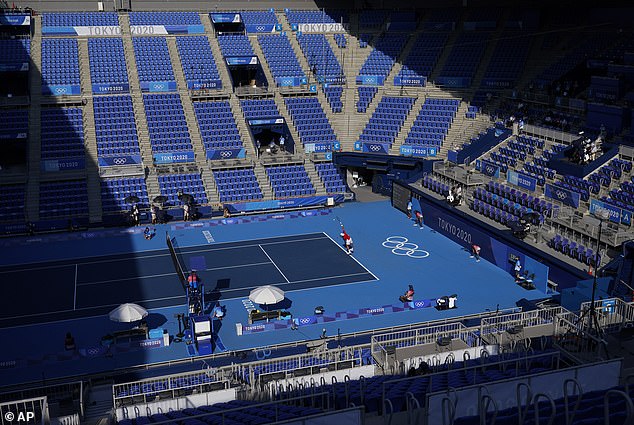 ‘Obviously it’s the same for everyone and it’s something we’ve known coming into Tokyo, we expected that the conditions were going to be very tough, but before you come here and experience that you don’t really know how difficult it is.

‘Today there was not much of a breeze. I felt like there was trapped hot air that was absorbed by the surface. It was tough, and probably tougher for the earlier matches. I at least had half of the match in shade so I could see the ball better and not feel dizzy on the court.’

Djokovic went on to question why matches were not scheduled for later in the day.

‘I don’t really get why ITF doesn’t want to move the matches. This was the last centre court match and it was finished before 5pm,’ he pointed out. 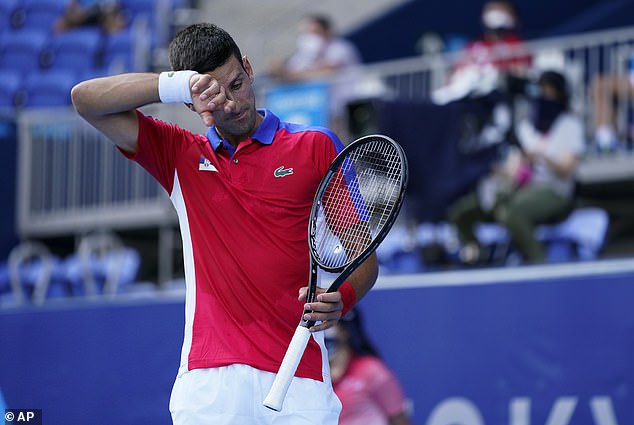 ‘There is hopefully some kind of an understanding from ITF on what they’ve seen. All the athletes train and dream of being at an Olympic Games and then playing for half an hour and retiring, you don’t want to have the Olympic experience that way. But we have to accept whatever the circumstances are.’

Djokovic’s comments may have been referring to Zarina Diyas, who was the only player to withdraw mid-match.

But the Serbian spoke of his own struggles on court, saying: ‘You’re constantly dehydrated, you feel you have weights on your shoulders because there’s so much heat and humidity and stagnated air.

‘You don’t feel yourself, you feel slow with your legs. It’s not the first time we get to experience tough conditions. I actually spoke to a couple of guys in the locker room and all of them said this is the toughest that they have experienced day to day.’ 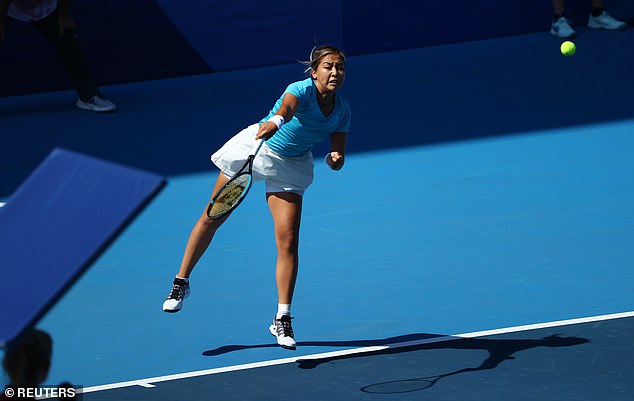 An ITF spokesperson said: ‘Player health is paramount and great consideration has been given to the 11am or a later start. The decision to retain 11am was made based on data, a nine-day event and to accommodate factors such as local authority restrictions due to Covid-19 and the unpredictability of the weather.

‘Extreme conditions will always put pressure on a schedule and make an optimum schedule challenging. Rainfall is as much of an issue as extreme heat. An Extreme Weather Policy is in place. Tokyo 2020 competition officials have set procedures to monitor the heat stress index which determine whether play should be modified and have implemented these procedures today.’

Djokovic safely negotiated the opening hurdle in his bid for a first Olympic gold medal by beating Bolivia’s Hugo Dellien 6-2 6-2. 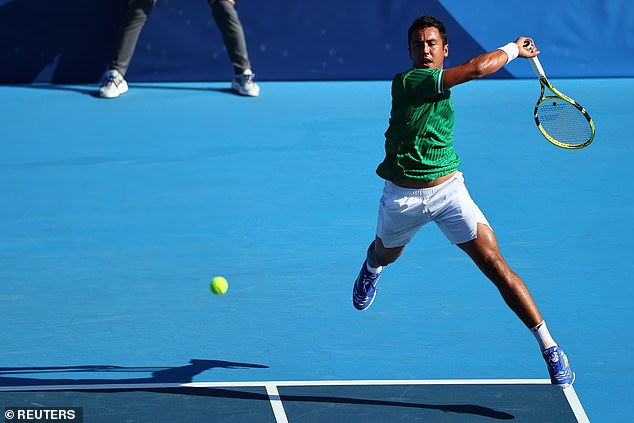 Hugo Dellien, ranked 139th in the world, was no match for the world number one on the day

The world number one, who is looking to become the first man to win a Golden Slam of all four grand slam titles and singles gold in the same year, eased past his lowly-ranked opponent in just 61 minutes.

The Serbian, who added the Wimbledon title as his 20th Grand Slam victory in June, extended his unbeaten run to 19 matches in a match where after a sluggish start, he dominated his opponent for the rest of the match.

Despite winning both sets by the same margin, Djokovic clearly got into his groove midway through the first set. In the early stages his rustiness was evident as he failed to take four break points against Dellien in the first two games alone.

But having hit his stride after a slow opening, Djokovic was imperious in the second set, hitting seven aces on his way to victory and losing just four points on his serve in the entire match. 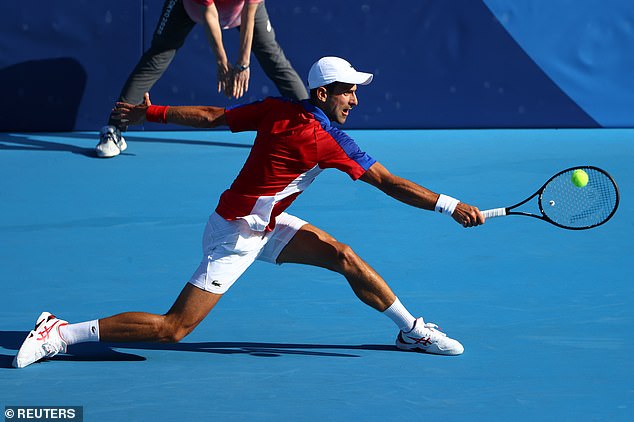 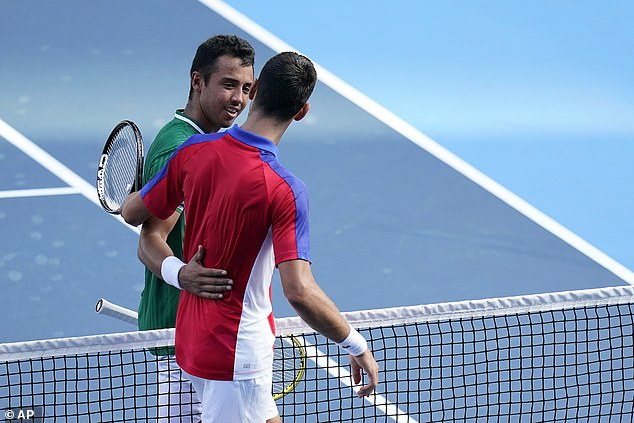 Dellien failed to take a single break point off Djokovic, who lost only four points on his serve

Dellien, 28, is ranked 139th in the world and the gulf in class showed as Djokovic won almost twice as many points as the Bolivian in the match – 61 to 31. Dellien also failed to take a single break point off the world number one.

At the end of the match, Djokovic jokingly bowed to all sides of the stadium, which sat empty to due Japan’s strict Covid protocols imposed on the Tokyo 2020 games.

Djokovic, 34, has only won Olympic bronze to date and is seeking to emulate Steffi Graf, who in 1988 became the only player to complete the Golden Slam.

Having already won the Australian and French Opens and Wimbledon, taking Olympic gold would mean Djokovic only had the US Open in September left to complete the feat.

The Serbian now faces Germany’s Jan-Lennard Struff, who beat Brazil’s Thiago Monteiro 6-3, 6-4 to advance to the second round.