Britain’s Oliver Dustin crashed out of the 800m heats on Saturday morning.

The 20-year-old, who burst into the world’s top 10 this year, had a tumultuous build-up to the Games after traces of cocaine were initially found in a drug test sample.

Anti-doping authorities accepted there had been cross-contamination, which left him free to compete, but he only finished sixth in a disappointing time of 1:46.94. 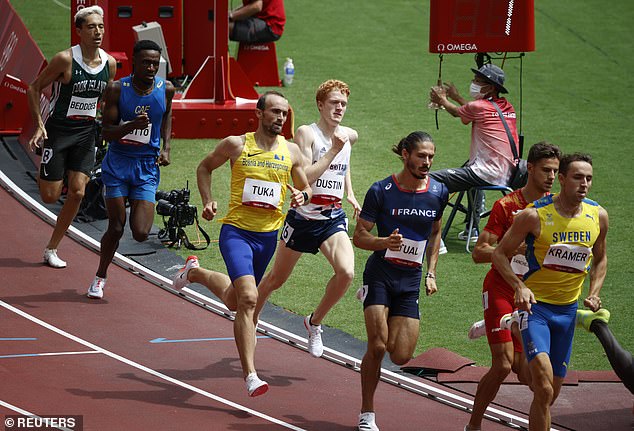 He said: ‘Not happy. I felt really flat, and I didn’t really have it. It’s only going to make me hungrier and I’m ready to go.’

On the initial uncertainty around his participation, he added: ‘It was hard to process something that was so wrong, and I can’t say too much but it was a massive injustice against me and as an athlete that’s the last thing you expect to happen.

‘It was difficult to be at such an emotional low point and then think I’m going to the Olympic Games now. But I am much stronger for it and it’s taught me a lot about the sport and I’m going to be here for a long time, so I’ll speak to you a lot over the next couple of years, but it’s made me much stronger as a person and as an athlete.’

Elliot Giles and Dan Rowden both qualified for the semi-finals. Jessie Knight fell heavily into the first barrier of her 400m hurdles qualifier after a rolled ankle. 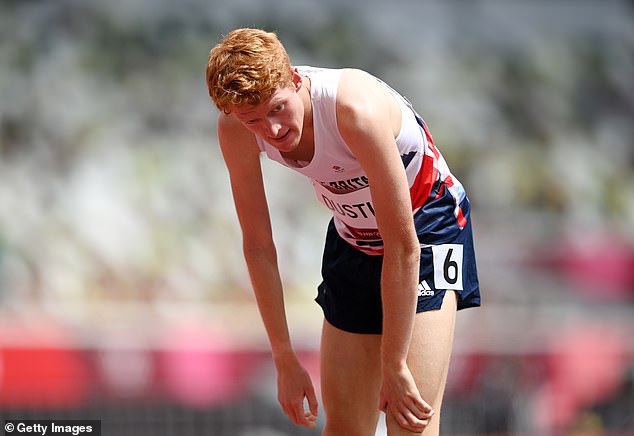