Football fans returned to the terraces earlier this year after being shut out due to the coronavirus pandemic and the Government has gradually allowed more and more supporters back in as part of its Covid recovery road map.

Under Step Three of the plan sports events were limited to 25 per cent capacity or 10,000 fans, whichever was lower, with those wishing to attend having to prove they had had two doses of vaccine or a negative lateral flow test.

However, the delayed Tokyo Olympics, which finally got underway today, is being held behind closed doors. 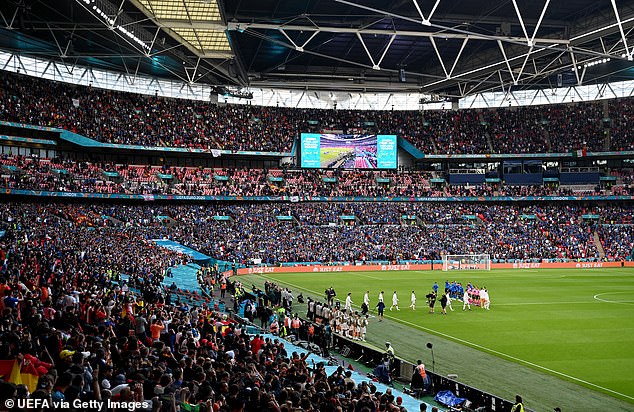 Japan’s capital Tokyo was thrown into a state of emergency ahead of the Games with Covid cases on the rise, forcing the Japanese government, Tokyo organisers and Olympic and Paralympic representatives to lock out spectators this summer.

Coe, who is an International Olympic Committee member, has questioned the disparity, given the recent scenes at Wembley.

Sportsmail revealed earlier this week that in fact 5,000 ticketless fans were estimated to have broken into Wembley for the Euro 2020 final between England and Italy on July 11. 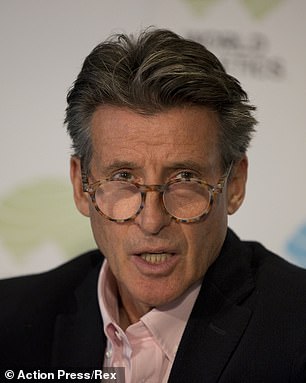 ‘It [surge in cases] doesn’t seem to have affected it too badly in the European football Championship,’ Coe said during the Euros when talking to Andy Coulson’s CrisisWhatCrisis podcast.

‘It does appear that we’re being held to a slightly different set of standards.

‘There are no karaoke bars here, there’s no wandering around gardens or eating after the event. They can only be in up to no more than five days before their event.

‘If they get bombed out in the heat after the first day they don’t share the Olympic experience of being there throughout the competition, they’re back home.’

The first three athletes were forced to pull out of the Tokyo Olympics after testing positive for Covid on Wednesday. 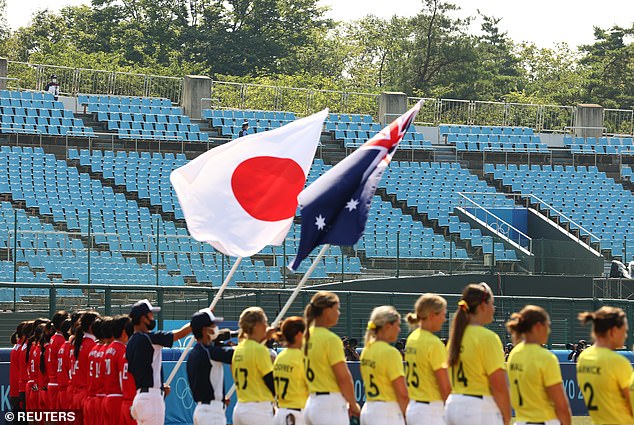 A total of 79 Covid cases have now been detected among people linked to the Games, including athletes, coaches, volunteers and staff.

Coe, appointed IAAF president in 2015, has insisted the Games can take place safely and has tried to ensure the sport of athletics remains sustainable while dealing with the challenges of the pandemic.

‘Yes we are being engulfed by something  that is quite different. We’ve lost events, the athletes are not training, we’ve lost the games, we’ve got some real serious financial issues to deal with so let’s deal with them, let’s secure the tent pegs, let’s make sure we do everything we can to secure the sport.’ 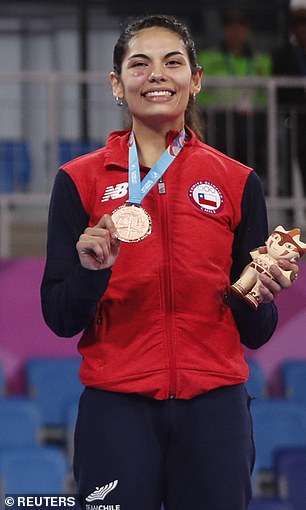 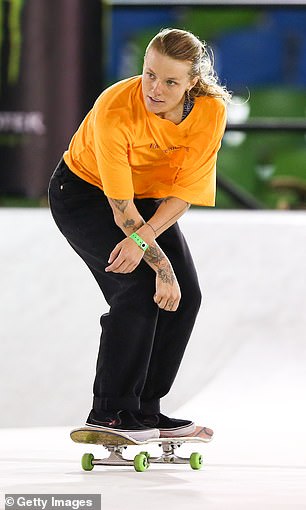 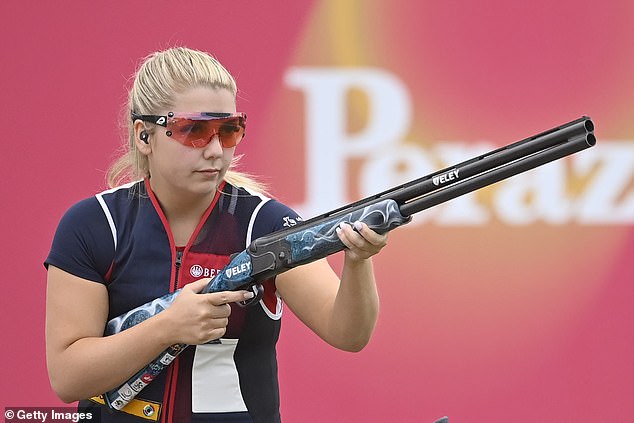 The sport’s reputation has been damaged in recent times with former president of World Athletics Lamine Diack jailed after being found guilty of corruption as well as the Russian doping scandal shaming the industry.

Russia was initially given a four-year ban after WADA ruled that Moscow had tampered with laboratory data by planting fake evidence and deleting files linked to positive doping tests that could have helped identify drug cheats. The suspension was reduced to two years in 2020.

‘Even in the crisis we still delivered a four-year strategic plan and a 10-year sustainability programme. We created a welfare fund for the athletes, we were and are still with the Russian doping crisis. We’re the only federation that’s been really very tough about that,’ Coe added.

Russian athletes are competing as ROC, the Russian Olympic Committee, with the nation’s name, flag and anthem all banned as a result of doping offences.