Team GB boxing star Ben Whittaker has progressed to the last 16 after defeating Jorge Luis Vivas in his opening fight at the Tokyo Olympics.

Whittaker beat the Colombian 4-1 on points to move further into the light-heavyweight tournament.

The 24-year-old allowed the more aggressive Vivas to come on to him, utilising his intelligent movement and sharp hand speed from the off. 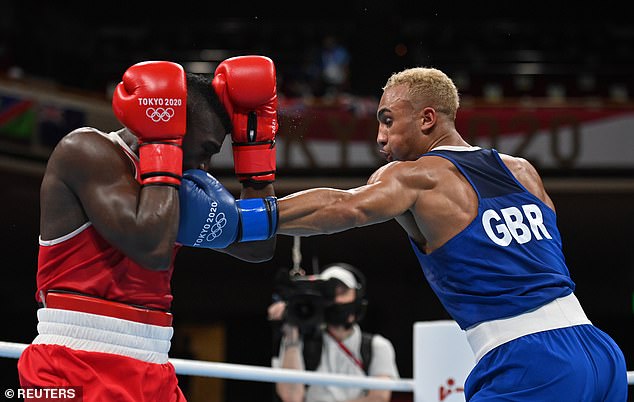 He countered well, landing a strong left in the first round before continuing his dominance in the second with a well-aimed jab and precise uppercut.

Whittaker then defended well to close out the match, avoiding a potential banana skin against the powerful Vivas.

His win follows up on fellow Team GB pugilist Karriss Artingstall’s win on Saturday, although Peter McGrail was knocked out.