Team GB’s men’s coxless four failure will leave their predecessors ‘really SMUG’, blasts Matt Rossiter as beaten rower is unable to extend their winning streak to a sixth-straight Olympics as they finish fourth… and nearly crash into the Italians too!

Matt Rossiter, a member of the defeated men’s rowing four, has said his illustrious predecessors will be ‘smug’ about their failure in Tokyo.

A line of victory dating back to 2000 ended when the crew of Oliver Cook, Rossiter, Rory Gibbs and stroke Sholto Carnegie were beaten into fourth place.

Australia won as any late charge Britain may have launched was wrecked by erratic steering that nearly saw crash into Italy in the adjacent lane. 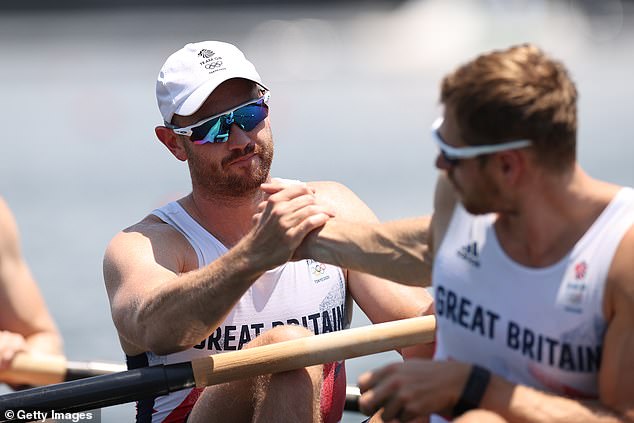 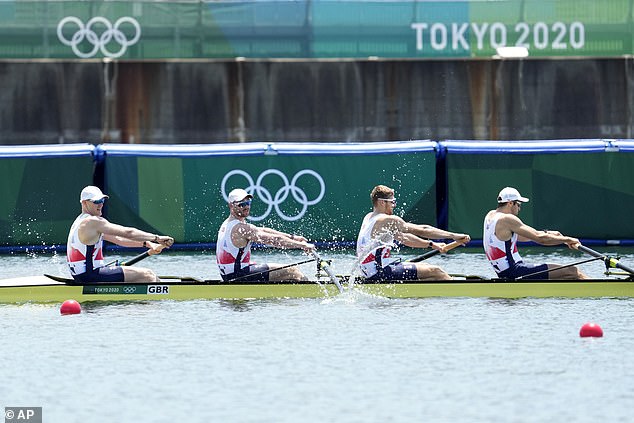 Afterwards, Rossiter took aim at the legends, believed principally to include James Cracknell, who won two gold medals in the country’s most famous boat in 2000 and 2004.

Rossiter, 31, said: ‘It’s just disappointing that those people will probably be really smug now that they are part of the legacy that won.

‘That was a motivation to do well. I hope those people are happy we have not continued the gold run. It did not affect our performance. We managed to shut out the pressure from everything else really well.’

Of the errant steering, Rossiter said: ‘We fully biffed into the Italians. They are pretty p****d off because maybe we cost them the silver and sorry to those guys. It’s an outdoor sport and this stuff happens. It’s just heartbreaking when it’s you and not something on YouTube.’