The United States bounced back from their opening 3-0 defeat to Sweden with an impressive 6-1 victory over New Zealand on Saturday.

In a crazy first half, the American team put the ball in the back of their opponents net six times only to have four goals disallowed.

They took a 1-0 after nine minutes when some clever build-up player involving Carli Lloyd and Lindsey Horan led to Tobin Heath playing through Rose Lavelle to slide the ball past the goalkeeper. 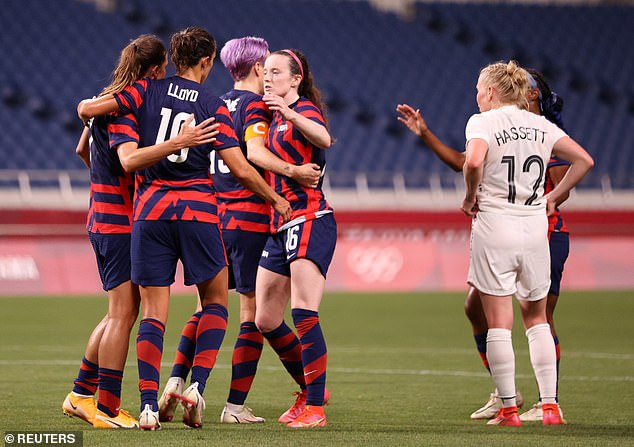 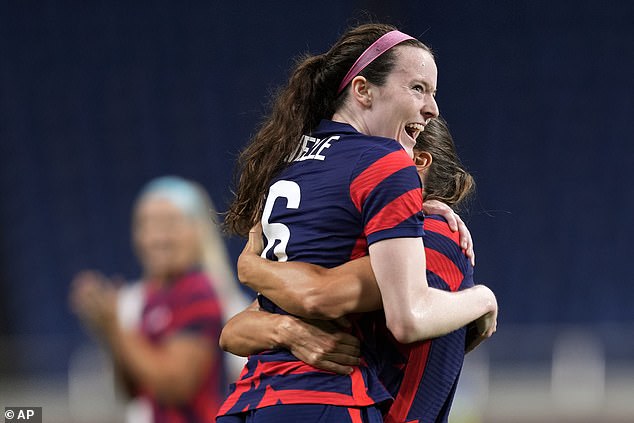 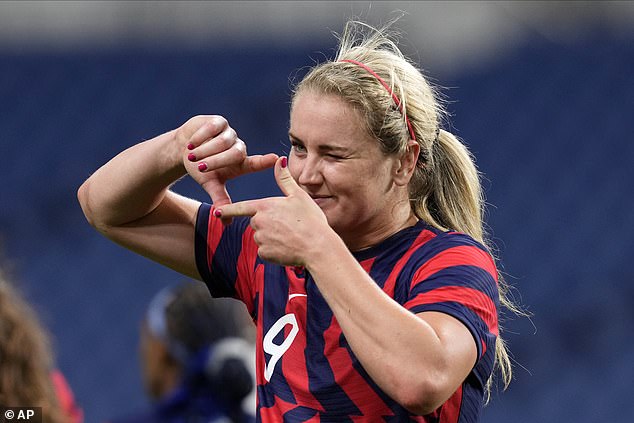 The American team then looked to put the match to bed but the sight off the offside flag became their worst enemy.

Lloyd looked to lob the keeper for a second after 15 minutes which was disallowed for offside before Heath saw the flag raised after she thrashed a volley into the net 12 minutes later.

After 31 minutes Megan Rapinoe was shown the offside flag before Horan looked to score three minutes later only to have a fourth disallowed goal in less than 20 minutes.

New Zealand would have been delighted and relieved to have gone into half-time with the score still 1-0 and they even had a chance to equalise though Hannah Wilkinson couldn’t direct her looping header on target.

They couldn’t hold on until the break however as it was fifth time lucky for USA to make it 2-0, when Julie Ertz headed a corner back across goal for Horan to head past the keeper.

The second-half had a lot to live up to but there was still plenty of chances. 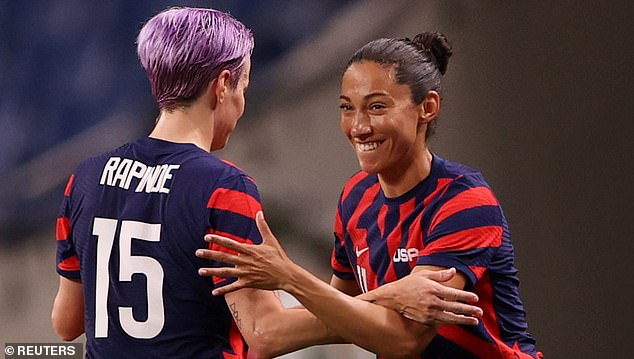 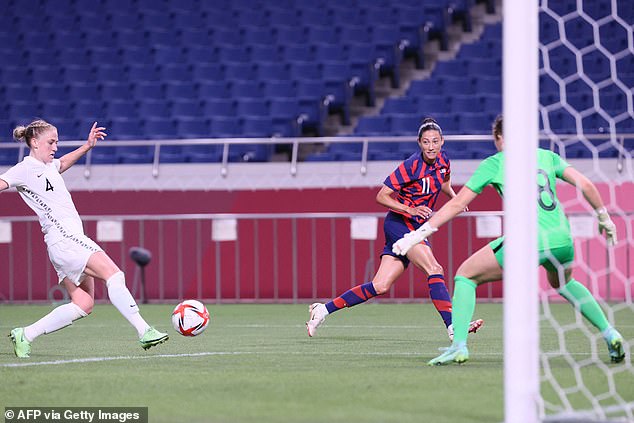 C.J. Bott diverted the ball into her net in stoppage time to make it six for the Americans

USA went 3-0 up after 63 minutes when Lloyd headed the ball back across goal only for centre-back Abby Erceg to put the ball into her own net under massive pressure from Heath.

New Zealand gave themselves a glimmer of hope when Paige Satchell got into the box with a great burst of pace before she squared the ball to Betsy Hassett to tuck away with 18 minutes left.

Hopes of a comeback didn’t last long though as Christen Press extended the lead with a clinical finish after she was found by Ertz.

Alex Morgan added a fifth before a second own-goal of the game by C.J. Bott meant the Americans romped to a comfortable victory.

The result means USA go second in the group on three points, with Sweden topping the group on six after their 4-2 win over Australia. 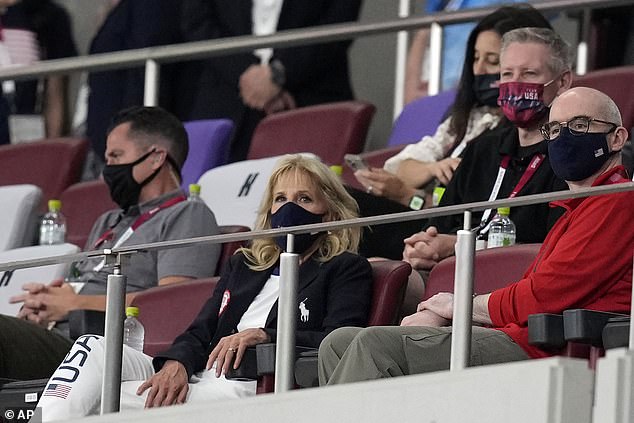