Tokyo Olympics: Why swimmers splash themselves with water and rub starting blocks before race

Swimming secrets unveiled: Why Olympians keep splashing themselves with water and rubbing the starting blocks before a race

The secrets behind the seemingly bizarre habits of Olympic swimmers have been revealed – and some are more logical than you might think.

Gold medalists from Team Australia such as Ariarne Titmus and Emma McKeon have often been seen splashing themselves with pool water, slapping their chests and rubbing the starting blocks immediately before a race in Tokyo over the past week.

It may look odd, but swimmers do these things for a variety of important reasons, from holding swimsuits in place and limbering up muscles to ensuring they enter the pool with the greatest acceleration.

Two-time Gold medalist for Team Australia Ariarne Titmus waves to the crowd after winning gold in the 200m women’s freestyle at the Tokyo Aquatic Centre on July 28, 2021 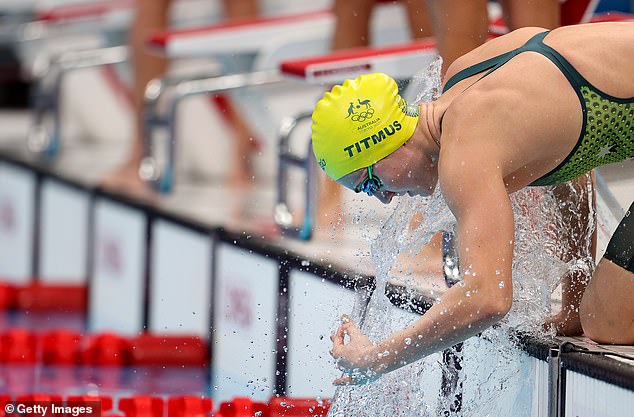 Splashing water and slapping the chest

According to experts at Swimming World Magazine, swimmers splash pool water on themselves or douse themselves with a water bottle before a race for a number of reasons.

These include locking swimsuits in place when the swimmer dives into the pool and jolting the swimmer’s body into race-ready condition.

It is believed the impact of the initial dive into the water will be less of a shock if the body is already wet.

Similarly, athletes are often seen slapping and hitting themselves with a closed fist across the chest before a race.

Experts say this is to boost blood flow and loosen the muscles.

The looser the muscles, the better a swimmer will swim. 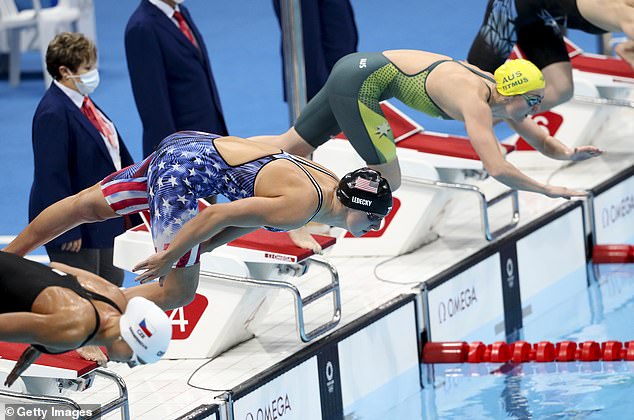 Splashing water on themselves from the pool: Locks swimsuits in place and reduces shock to the body when it enters the water.

Slapping their chests with a closed fist: Increases blood flow and limbers up muscles.

Dark red circles on swimmers’ bodies: These are the result of ‘cupping’, a form of pain relieving acupuncture used in traditional Chinese medicine that involves therapists heating small glass cups, then placing them on the skin and pulling them from the body to loosen and relax the muscles. The technique is said to boost circulation and accelerate healing of injuries.

Rubbing the starting blocks: Pushing off with hands and feet gives swimmers greater acceleration into the pool. 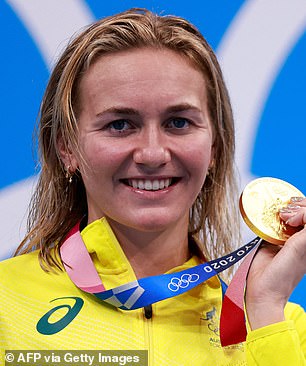 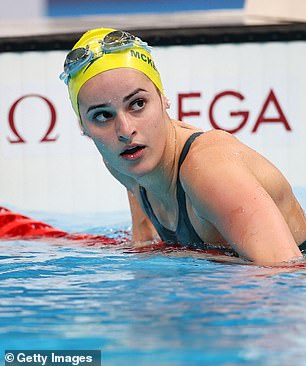 Why do swimmers’ sometimes have dark red circles on their bodies?

Eagle-eyed viewers of the Tokyo Olympics will have spotted distinctive red circles on the bodies of athletes including Australian freestyle swimmer, Kyle Chalmers, and Japanese relay swimmer, Akira Namba.

The markings are the result of cupping therapy, a form of pain relieving acupuncture used in traditional Chinese medicine that involves placing heated glass cups on the skin and pulling them from the body to loosen and relax the muscles

The technique, said to boost circulation and accelerate healing of injuries, was made famous by US swim legend Michael Phelps in Rio in 2016 and has made its comeback to the Olympics five years later. 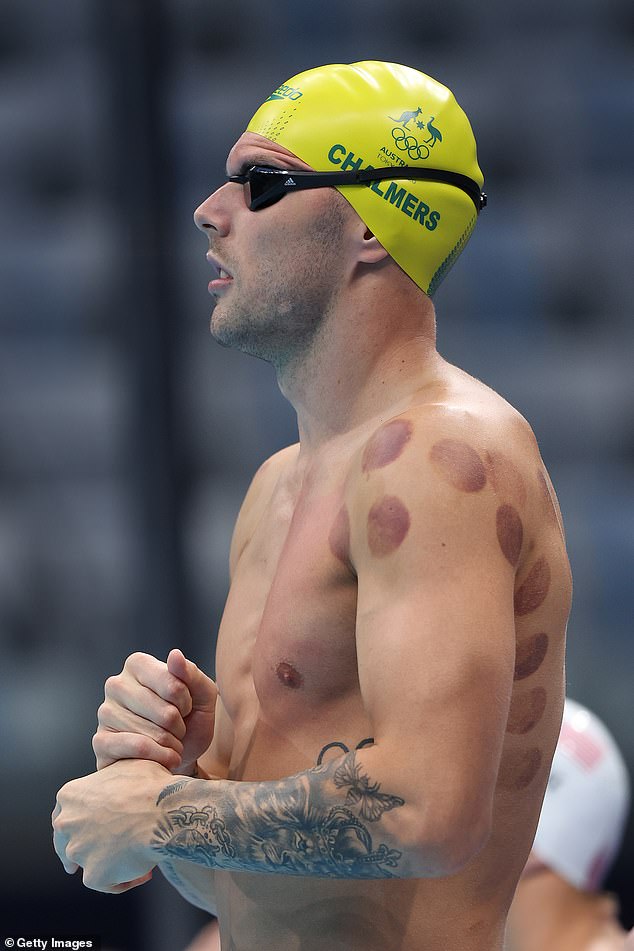 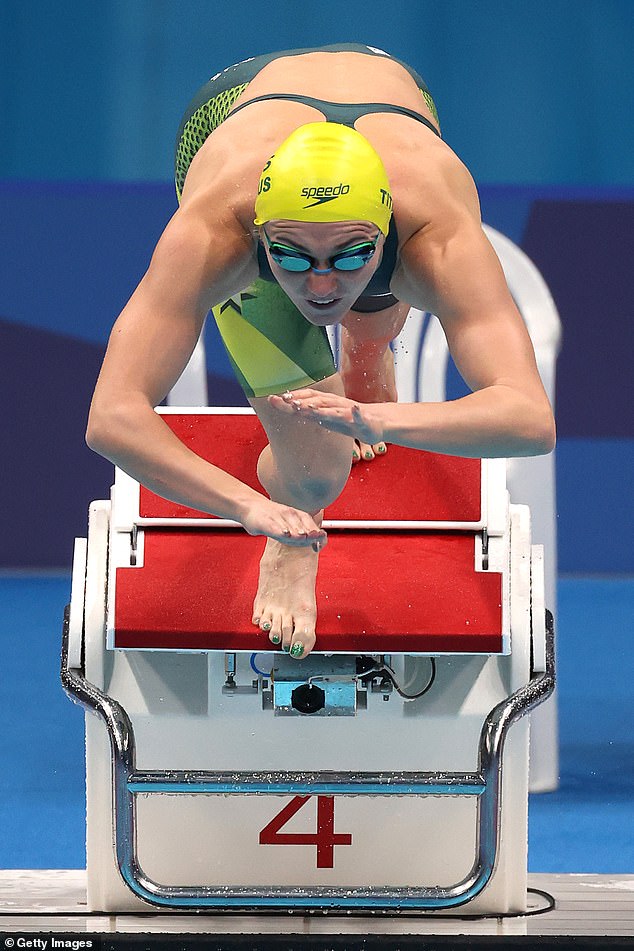 Ariarne Titmus dives into the water at the Tokyo Aquatic Centre on July 28, 2021, after pushing off from her starting block – a trick used to build acceleration

The current style of starting block, with an inclined surface and a lip a the back, made its Olympic debut at the London games in 2012.

The blocks, first used in international competition at the Swimming World Cup in 2009, allow swimmers to push off from a crouched position with their rear leg angled at 90 degrees, which maximises the power of their launch.

According to a physicist from Wired.com, swimmers hold onto the front of the starting block so they can use their hands and feet to push off for greater acceleration.

They can also pull up on the block, increasing the frictional force between the stand and swimmer which also leads increases acceleration into the water.