Tampa Bay Buccaneers star Tom Brady has insisted the disruption to the team’s preparations caused by Hurricane Ian is no excuse not to be their best against Kansas City Chiefs this weekend.

Ian has been strengthened to a Category 2 storm that is approaching Cuba. It’s expected to make landfall near Tampa sometime Thursday morning and the Bucs are slated to host the Kansas City Chiefs on Sunday night.

As a result of the incoming hurricane, the Bucs will relocate to Miami on the players’ day off Tuesday and practice at the Dolphins’ facility the rest of the week. 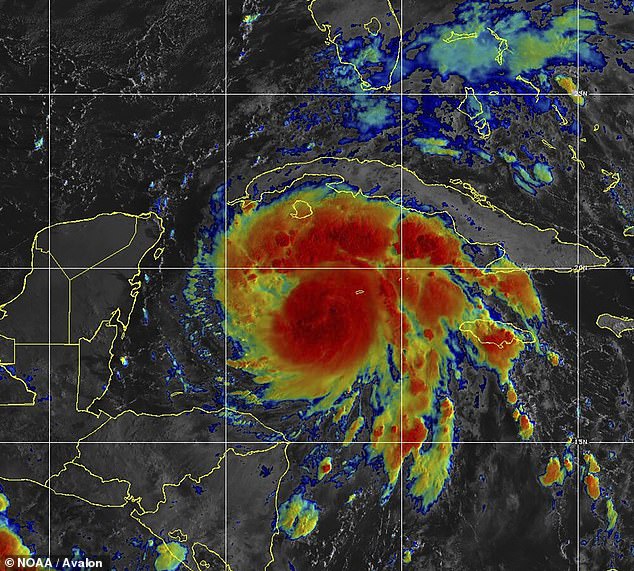 Tampa Bay Buccaneers will relocate on Tuesday, the players’ day off, due to Hurricane Ian 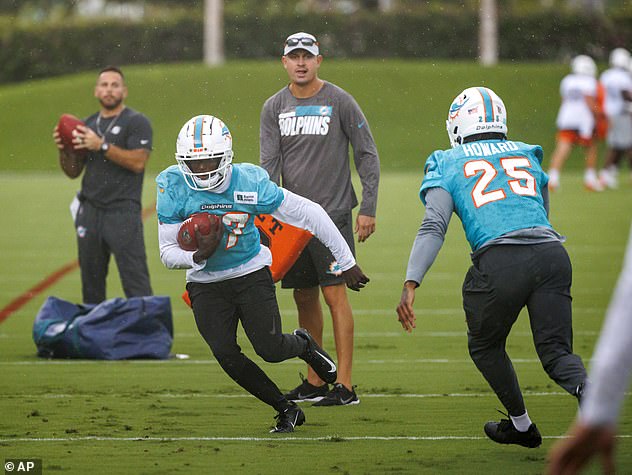 However, so far, there has been no change to the Buccaneers’ game against the Chiefs, which is scheduled for Sunday at 8.20 pm at Raymond James Stadium. The NFL, along with the team and local officials, will monitor the situation.

Brady admitted the situation was scary but insisted the team could not let it affect their attitude towards its clash against the Chiefs Sunday.

The seven-time Super Bowl champion noted the Chiefs, Sunday night’s opponent, ‘will kind of have a normal week of prep’ for the Bucs and it can’t be a factor.

‘When you are dealing with some of the things that we are going to have to deal with this week, there’s built in excuses that should never be excuses for anything,’ Brady said on his Let’s Go! podcast. 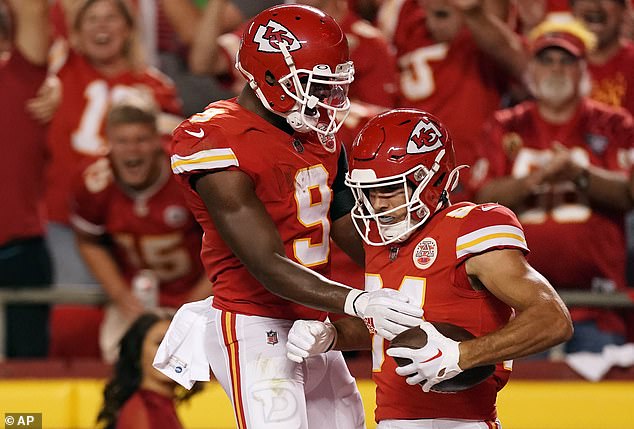 ‘We’ve got to approach the week with a championship attitude that no matter what we face and no matter who plays, we’re going to have to go out there and find a way to win the game.

‘It’s not going to be easy. It’s a huge test. We’re playing at home, it’s a night game and it’s going to be a challenge.

Brady revealed that he and his teammates are having to remain adaptable amid the upheaval as he confessed that the hurricane hitting his doorstep was ‘scary’. 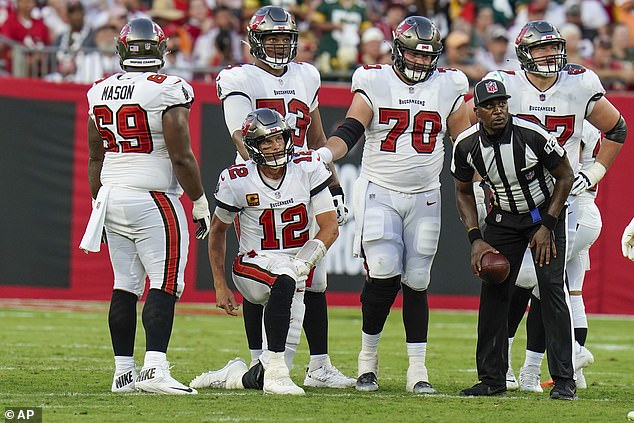 ‘All things are just trying to adjust on the fly,’ he said. ‘Preparations for an NFL game are pretty intense and this is new for me. I’ve never had to deal with anything like this.

‘We had Covid for a couple years and now with this pretty intense hurricane coming our way I don’t think Tampa’s, I don’t think any place is swell suited for a hurricane to hit, but everyone is this area will be in our thoughts and prayers as we go through it.

‘I know our team is going to have to adjust, go to Miami and practice there for a week and then hopefully later in the week we can come back and play against the Chiefs Sunday night.

‘A lot of things can happen in a short period of time and I think it’s suited all of us to stay adaptable to the situation. I don’t think anyone’s really prepared for this. I know I’ve been preparing all morning trying to get my stuff outside, trying to get everything in the ground level. 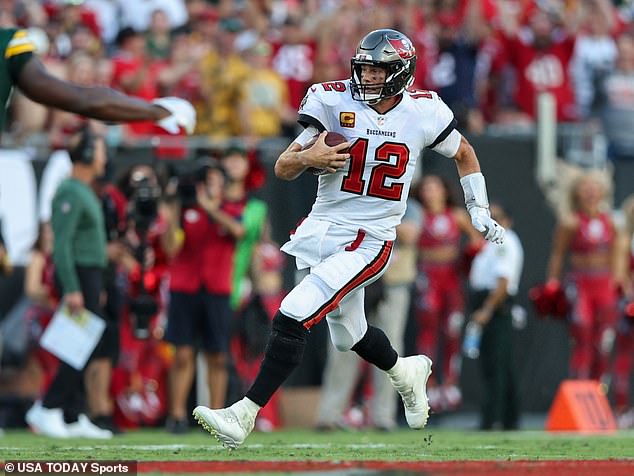 Brady was also asked about the tumultuous start to the season for the team’s offense with players having to be rotated in and out due to injuries.

But he insisted it was just another situation for the team to handle as he responded: ‘I think a lot like the weather staying adapted to the situation.’

The Buccaneers’ chaotic comes as Brady is weather another storm amid rumors of a rocky relationship with his wife, Gisele Bundchen.

However, the recent rift has nothing to do with the NFL player’s decision to go back to football after announcing his retirement – and the married pair are still living in separate houses, DailyMail.com can reveal. 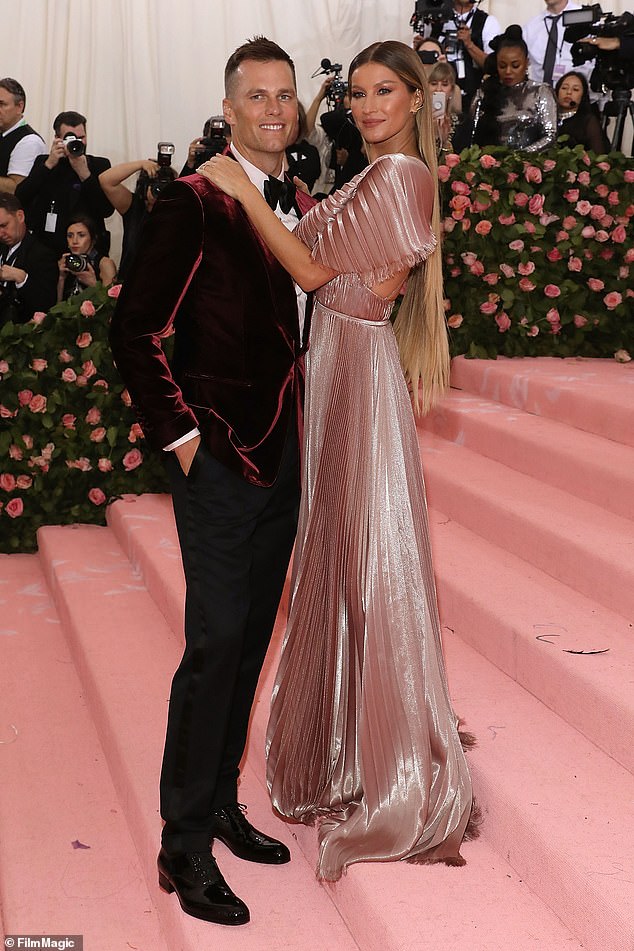 The Buccaneers’ relocation comes amid rumors of a rocky relationship between the seven-time Super Bowl champion and his wife, Gisele Bundchen (right) 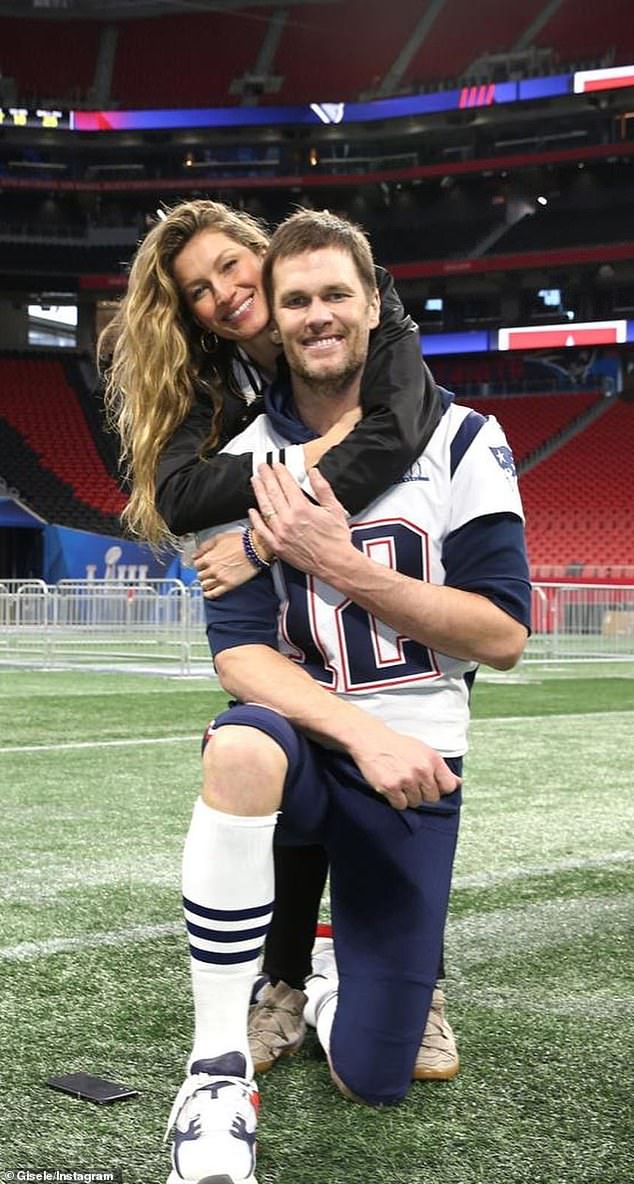 In a September interview with Elle magazine, Bündchen listed the sacrifices that she made for her husband’s football career, including moving to Boston

The Brazilian supermodel, 42, and Brady, 45, have been at the center of a spell of speculation after fans noticed Gisele was conspicuously missing from the sidelines – and the stands – of Brady’s first home game on Sunday.

Since rumors of the tensions between the pair first emerged, multiple reports claimed that Brady’s decision to U-turn on his retirement earlier this year was the trigger for their marital problems.

He had initially quit his career, in part, to focus on his family – as he vowed to spend more time with them since Gisele ‘deserves what she needs from me as a husband, and my kids deserve what they need from me as a dad.’

Many believed that Brady re-entering the NFL became a bone of contention for Bündchen. However, their rift is completely unrelated to the former Patriots’ star’s football career, DailyMail.com can confirm.