Tom Brady SCREAMS ‘what the f*** is that?’ at his teammates in latest X-rated rant

Tom Brady SCREAMS ‘what the f*** is that?’ at his teammates in latest X-rated rant as Bucs quarterback sees red again on the NFL field in the wake of Gisele Bundchen divorce

Tom Brady has been caught on camera in yet another furious X-rated rant at his Tampa Bay Buccaneers teammates, shortly before coming on to seal a last-ditch comeback win against the New Orleans Saints.

It has been a topsy-turvy year for the superstar quarterback, whose return to the NFL has coincided with divorce after his marriage to Gisele Bundchen fell apart.

On the field, things have been difficult too, and Brady once again took his anger out on his teammates on Monday night during a difficult period in the game. 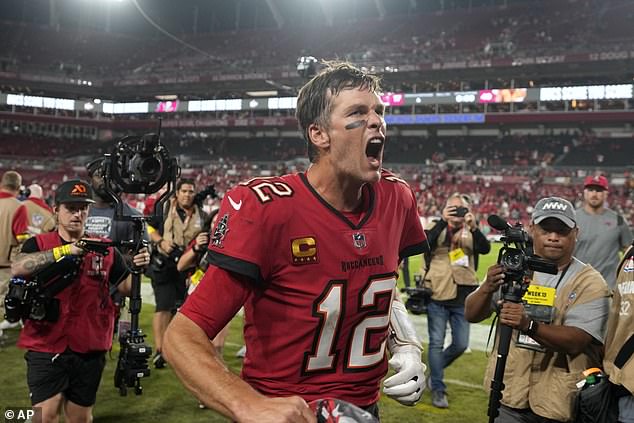 At the end of the game, the 45-year-old was yelling for another reason, with the Bucs winning

Just weeks after Brady made headlines for throwing a tablet to the ground (also during a clash against the Saints!), he has once again been spotted expressing his views in a pretty clear manner.

With the ESPN cameras focused in on him on the bench at the start of the fourth quarter, Brady appears to scream at his teammates ‘what the f*** is that?’

Fox reported that the outburst was at the Bucs’ punter Jake Camarda, who started the final quarter with a punt into the back of the end zone, giving New Orleans the ball at the 20-yard line.

The 45-year-old appeared to use his fury to channel positivity on the field, though, later coming on to seal a much-needed win and take the team’s record for the season to 6-6. 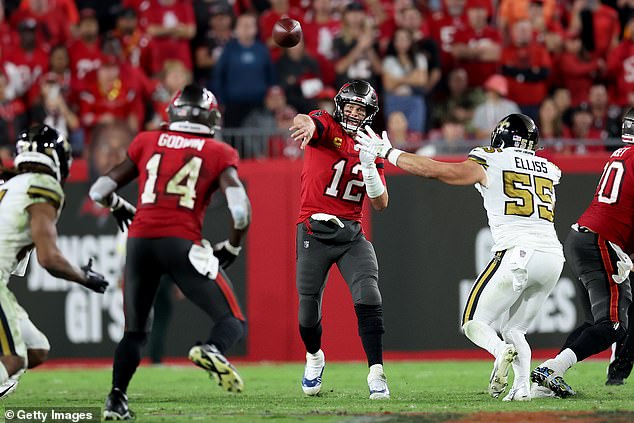 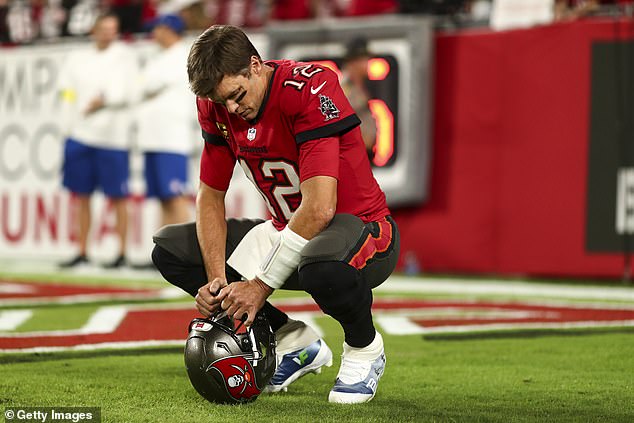 It has been an up-and-down year for Brady both on and off the NFL field, amid his divorce woes

With just seconds to play in Tampa Bay, the Bucs were down 10-16 to the Saints, but a late touchdown drive sealed the victory – sparking much happier scenes for Brady and his teammates.

Off the field, Brady has been hitting the front pages as much as the back, with the news of his divorce turning heads around the world.

The superstar couple recently announced their breakup after being married for nearly 13 years.

It’s speculated that the pair separated due to disagreements over his career and retirement.

The star player has announced his retirement from football on multiple occasions, before ultimately changing his mind each time and continuing to play. 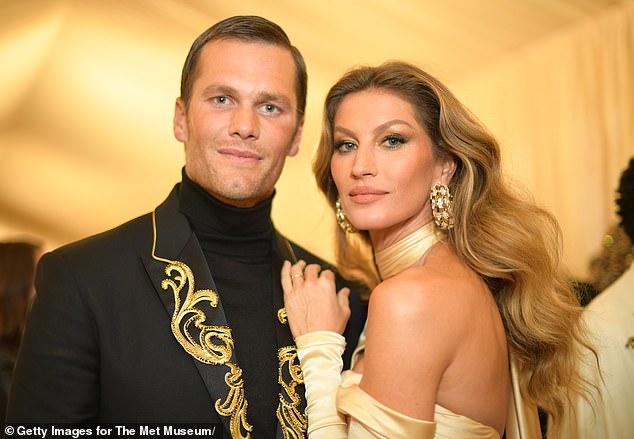 For the first 20 years of his career, he was the quarterback of the New England Patriots, leading the team to 17 division titles, nine Super Bowl appearances, and six Super Bowl titles.

Bundchen has also had a successful career of her own. She was a Victoria’s Secret Angel from 1999 until 2006 and has been one of the highest-paid models in the world.

However, it seems her career was put on the back-burner due to Brady’s immovable decision to stick with football well after most players his age retire. The model became the one to give up her career to take care of their kids.