By Katie Storey For Mailonline

It’s set to be an exciting day at Wimbledon as the annual tennis tournament wraps up for another year.

And Tom Cruise made sure not to miss any of the action, as he stopped by the All England Lawn Tennis and Croquet Club for another action-packed day on court.

The Mission: Impossible cut a dapper figure as he brought a slice of Hollywood to SW19, joining a whole host of stars inside the grounds including a glam Roxy Horner and boxer David Haye.

Looking ace: Tom Cruise made sure not to miss any of the action as he stopped by Wimbledon for the tennis tournament’s final action-packed day on court

Suited and booted, Tom was seen sporting a suave navy suit that he paired with a white shirt and complementing tie.

Channelling his iconic Mission: Impossible alter-ego Ethan Hawke, the actor wasn’t without his trusty aviator shades and was seen beaming as he waved on his arrival to the tennis club.

Tom was flanked by pals, including his Mission: Impossible 7 co-star Esai Morales, who has also starred in Bad Boys and TV series Ozark. Esai looked just as smart in an all-burgundy suit and shades. 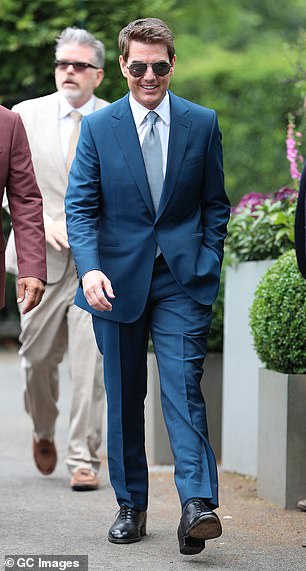 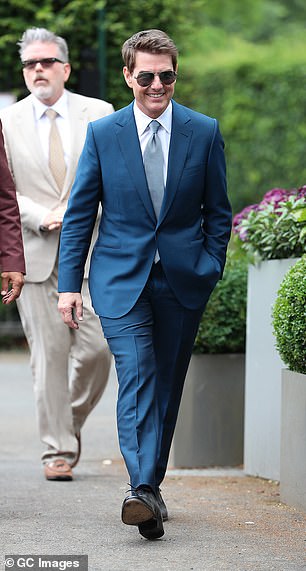 Dapper: The actor brought a slice of Hollywood to SW19 in a smart navy two-piece suit 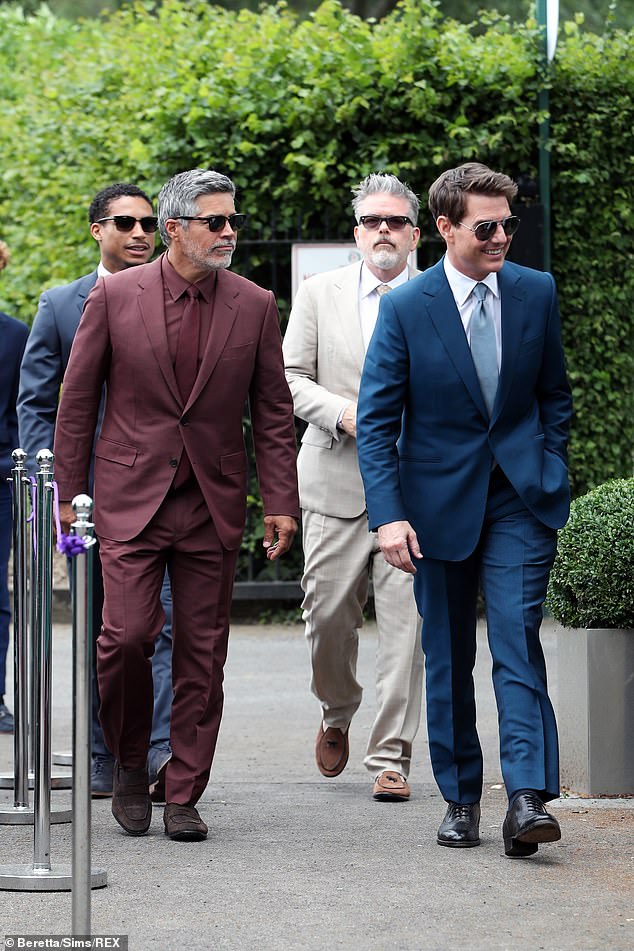 Star-studded: Tom was joined by his Mission: Impossible 7 co-star Esai Morales, who looked just as smart in an all-burgundy suit and shades.

Oti was dressed to impress for the Wimbledon finals as she looked just gorgeous in a pink bandeau dress that boasted a statement bow on the bust.

Her fitted dress came with a sheer pleated skirt that teased a look at the dancer’s incredibly honed pins and Oti teamed the pretty design with a pair of colour block heels.

She left her straight locks down and sported a glam make-up look, finishing off her outfit with gold layered necklaces around her neck. 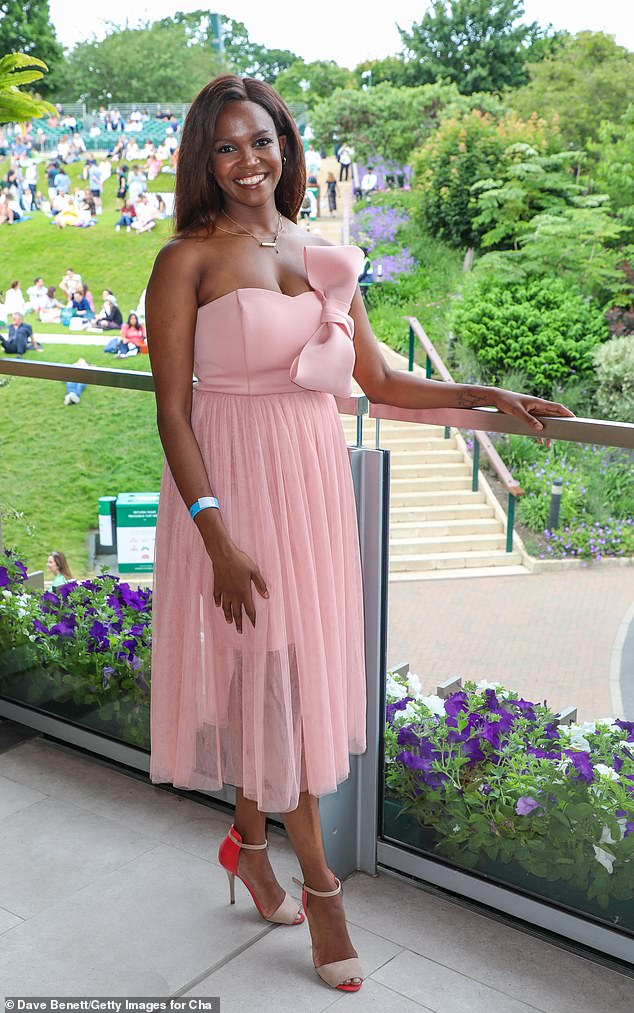 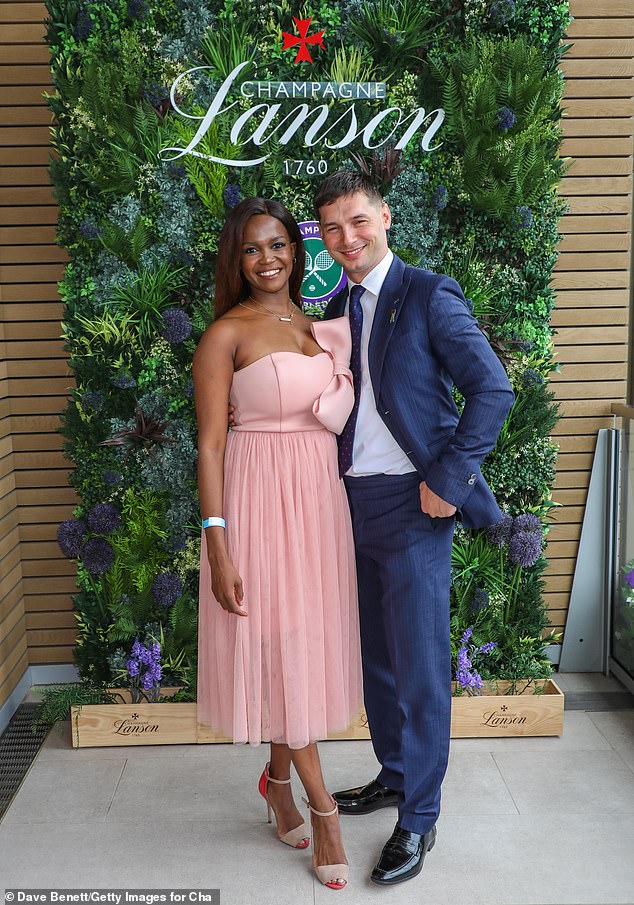 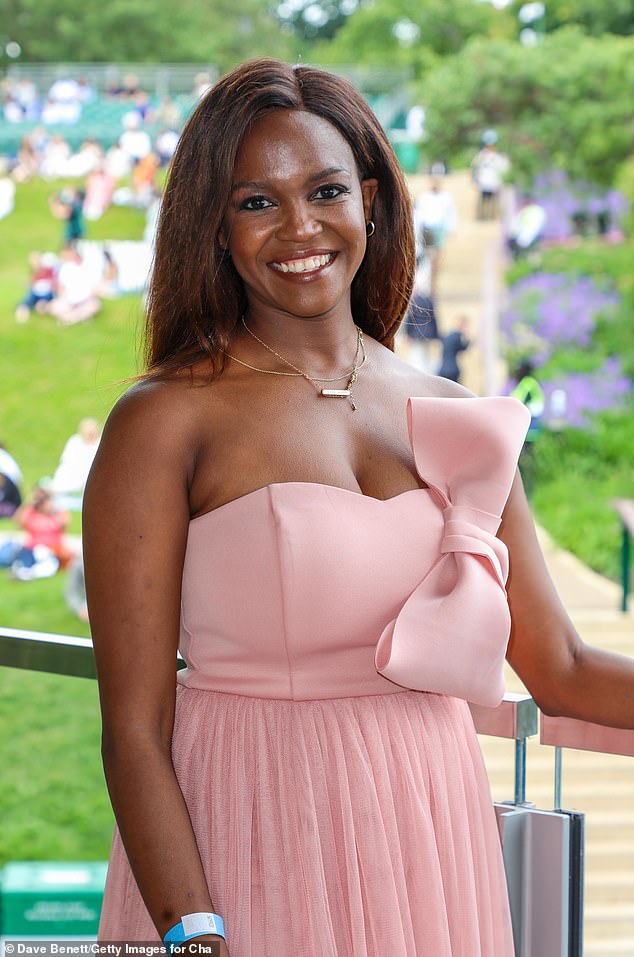 Oti was joined by her husband of nearly a decade Marius Lepure, who sported a navy two-piece suit and tie.

The couple, who wed back in 2012, were in high spirits as they stopped by the Lanson champagne tent to quench their thirst before watching all the action on court.

Her patterned number made for a leggy display and Roxy added an extra boost to her outfit with a stylish pair of tan strappy heels.

Nailing a summer chic vibe, Roxy finished off her look with funky shades, natural make-up and her hair styled into loose curls.

The British fashion star, who is dating comedian Jack Whitehall and was previously linked to Leonardo DiCaprio, was joined by friends as she headed inside.

Sunday will see Wimbledon’s 2021 competition come to a close, with all eyes on Novak Djokovic as he aims to equal Roger Federer and Rafael Nadal’s remarkable haul of 20 Grand Slam titles. 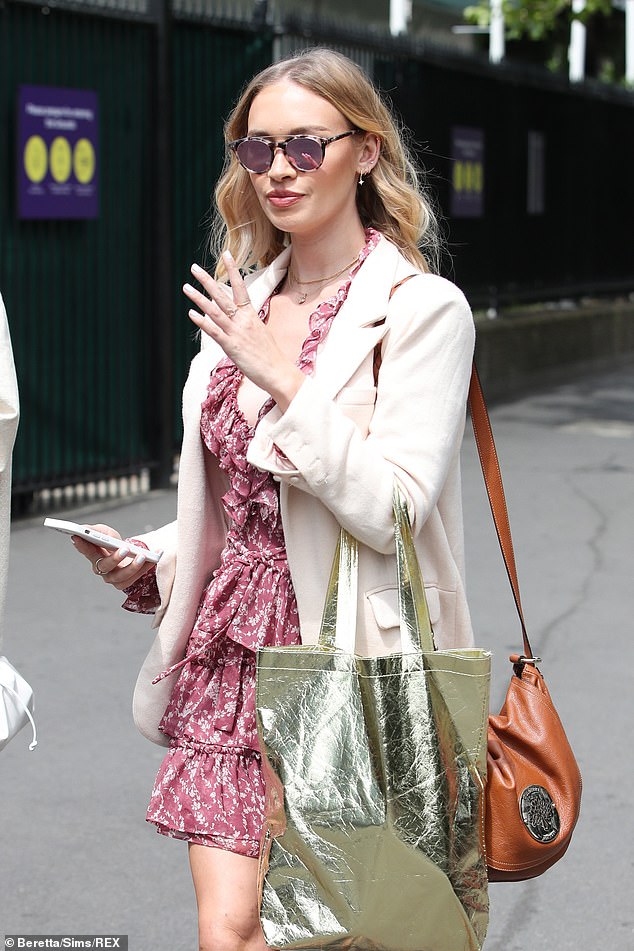 Summer chic: Model Roxy Horner made a glamorous appearance at the tennis tournament and arrived in a flirty summer dress and white blazer 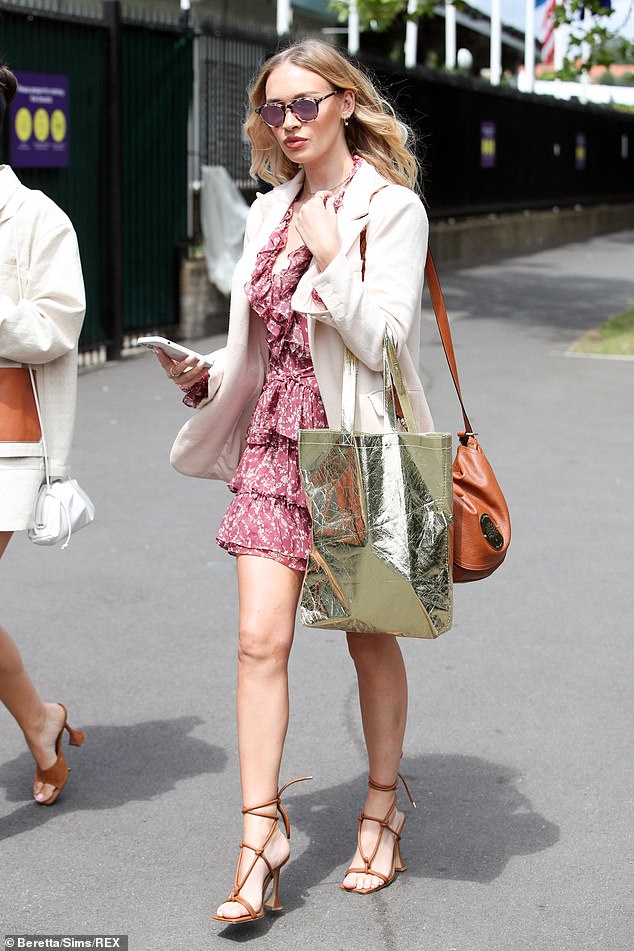 Leggy: The British model added a boost to her outfit with tan strappy heels and was seen sporting funky shades and natural looking make-up