He has been a regular visitor to sporting events during his time in the UK.

And Tom Cruise, 59, has reportedly now turned his hands to yet another sport, with The Sun claiming he has given darts a go.

The actor has been staying in the UK while filming for the latest instalment of the Mission Impossible franchise and is currently on a yachting holiday in Cornwall.

New game? Tom Cruise has reportedly picked up darts as he continues to embrace the sporting culture during his stay in the UK

A source told the publication that Tom has ‘loved’ his time in Britain and that setting up a darts board was the ‘next natural step as he turns himself into an honorary Englishman’.

The source added: ‘He knows darts are a staple of English pubs and he fancied a go.’

MailOnline has contacted representatives of Tom Cruise for comment.

Tom has spent much of the last year in the UK filming the seventh instalment of the Mission Impossible franchise and has been pictured shooting action-packed scenes in the Yorkshire Moors in recent months. 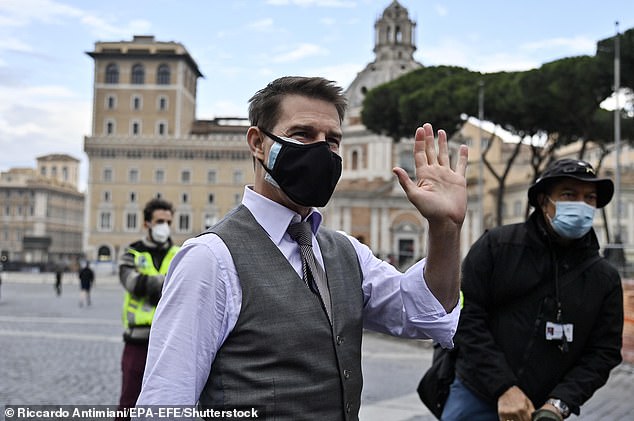 Sporting culture: A source told the Sun that Tom has ‘loved’ his time in Britain and that setting up a darts board was the next step on his road to becoming an honorary Englishman

During his downtime, the screen star has also been seen at several big events including Wimbledon and the Silverstone Grand Prix.

He was also seen mingling with David Beckham at Wembley Stadium for the Euro 2020 final.

Last month, Mission: Impossible 7 filming was reportedly paused again due to a positive Covid test with crew members speculating it could be Cruise.

Despite there being ‘no proof’ to back up the idle talk, it has been claimed that people are gossiping it could be Tom, due to his alleged absence on set.

A source told The Sun: ‘Filming on Mission Impossible 7 is on hold again because of coronavirus. And this time, those working on the production have said they think Tom could be the possible cause of the postponement. 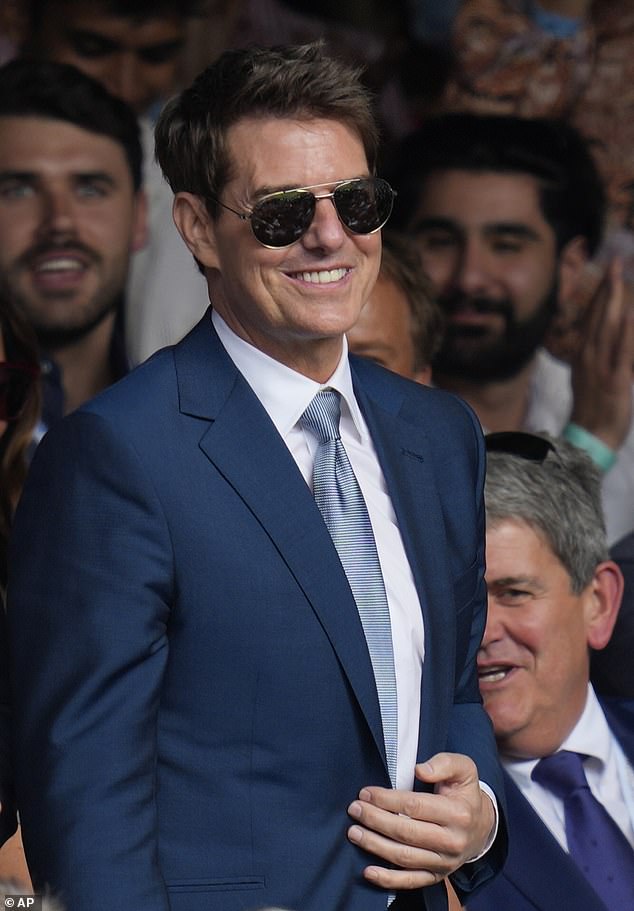 Sport enthusiast: During his downtime, the screen star has also been pictured at several big events including Wimbledon and the Silverstone Grand Prix

‘Everyone on the set was told that filming was being stopped again because of a positive test. And since then, Tom hasn’t been on set once.

‘Now people are speculating that he could have come into contact with the person who tested positive. And in some cases, people are even gossiping and saying it could be him.’

It is not known whether Tom has received the Covid vaccine or not, although despite being proven to dramatically cut the risk of coronavirus, none of the jabs approved in Britain are 100 per cent effective.

It means some vaccinated people will inevitably get infected without having any symptoms, leaving them unaware they are infected and contagious — unless they get tested. 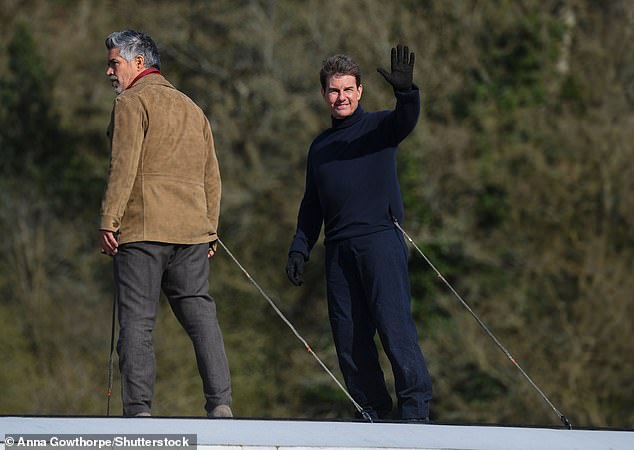 Working: Tom has spent much of the last year in the UK filming the seventh instalment of the Mission Impossible franchise