Tom Daley and husband Dustin Lance Black have shared a sweet Christmas snap of their six-month-old son Robbie, as they spend their first festive season as parents.

Up until now the pair have kept their new arrival private, after welcoming him through surrogacy earlier this year.

In the Instagram post, the family pose in front of a Christmas tree as they gaze lovingly at Robbie.

The caption of the post reads: ‘LOOK AT THOSE LEGS! Our first family Christmas. Having Robbie in our lives this year is going to be so magical, our Christmas family traditions will be passed down another generation.

‘Over the past few months, and in the run up to Christmas, we’ve been using the Pure Protection nappies from @Pampersuk_ire to keep Robbie comfortable.

‘When the weather gets cold, it can irritate skin and The Pure Protection nappies are made with premium cotton and plant based materials and are kind to the skin and soft to the touch.. perfect for snuggles by the Christmas tree #ad’.

Daley, 24, was flooded with well wishes and comments on how cute the festive family portrait was. 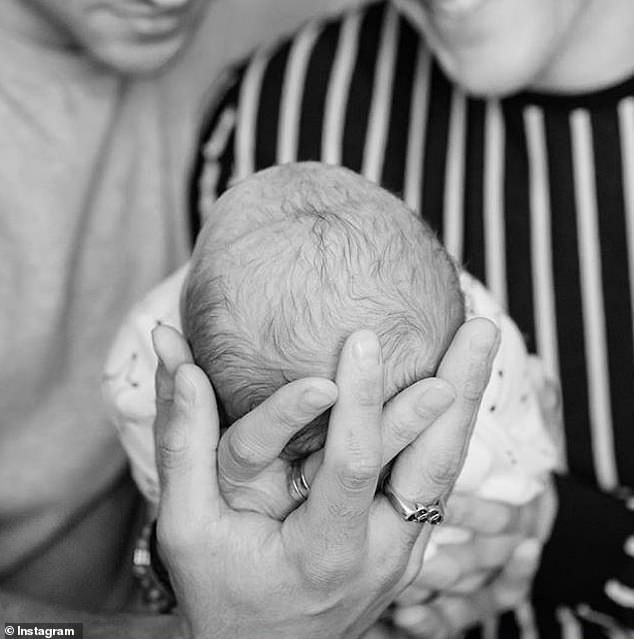 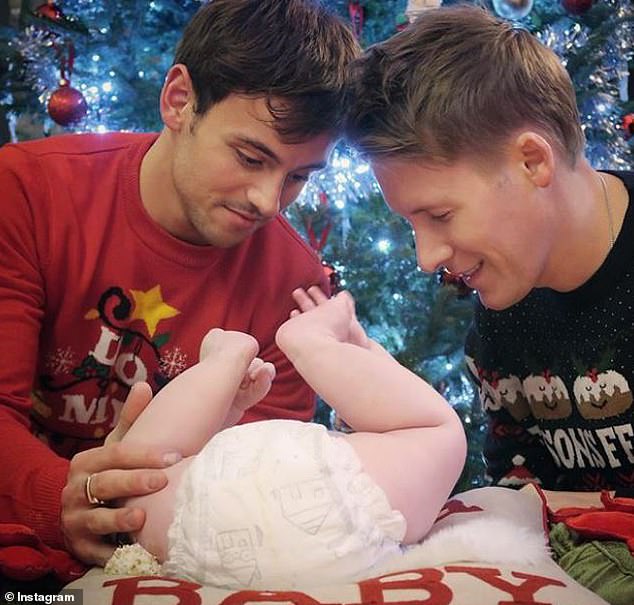 However, other Instagram users hit back at the couple and suggested they were using the six-month-old to make money.

One wrote: ‘You guys are using your child as a cash cow!

‘It’s offensive to gay couples who struggle to make a family. Total loss of respect.’ 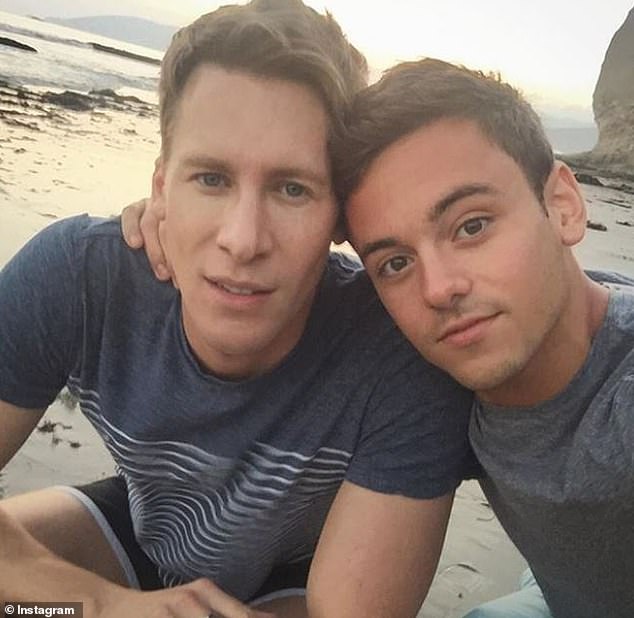 This is while another user said: ‘Jesus is there anything you won’t sell for sponsorship. First pride now child.’

Another slammed: ‘Paid partnership with your child right in the centre? Looool how tacky.’

Dustin, 44, shared a similar image, writing: ‘Our first family Christmas. Having Robbie with us this year is a dream come true, and we can’t wait to subject him to every one of our many family traditions!!’

His caption also featured a similar nod to Pampers. The couple has not yet commented on the backlash received from fans.

Daley revealed his romance with US screenwriter Dustin in 2013. The pair got engaged two years later and tied the knot in Bovey Castle in Devon in May 2017.

They announced that they were expecting their first child in February of this year, welcoming baby Robbie four months later.