‘It’s not as easy as a bottle of wine and a good time!’ Tom Daley reveals he wants more kids… but makes thinly-veiled dig at the hoops gay couples have to jump through to have children

Tom Daley has revealed he’d like to have more children.

And speaking to The Guardian, Tom admitted he wants Robbie to have siblings, but that it’s trickier for same-sex couples.

Plans: Tom Daley has revealed he’d like to have more children with his husband – screenwriter Dustin Lance Black

‘It’s not quite as easy as a bottle of wine and a good time. A lot of thought has to go into it,’ he told the publication. ‘But absolutely, I’d love more kids.’

Asked about the 20 year age-gap between the couple, Tom explained that he barely notices it.

‘If anything, Lance is very much the big kid in the house. I consider myself to be an older soul, hence I have nearly 200 houseplants, and I knit, and I like to be able to have conversations with people who have experienced a similar amount as I have.

‘That’s where Lance and I connected a lot – he had lost his brother, I’d lost my dad, and then he lost his mum. We’d also experienced the highs of a career and having that comedown afterwards. That was something we really were able to connect on.’ 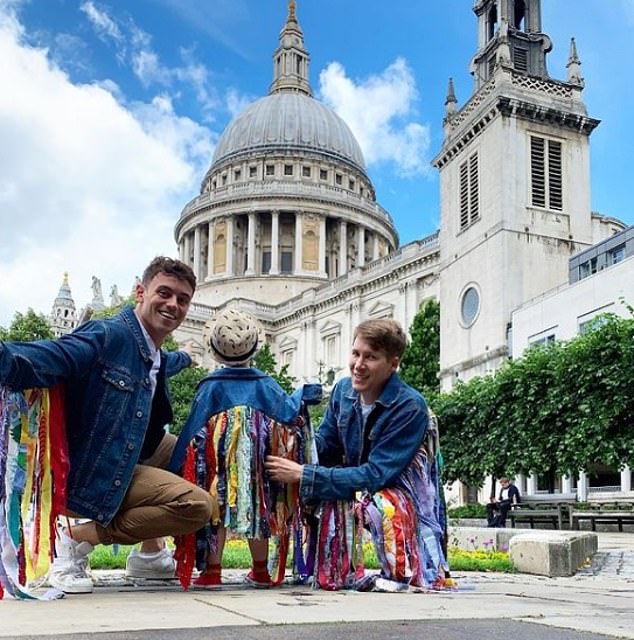 Family of three: The diver, 27, shares a three-year-old son called Robbie, with Dustin, 47

On their championing LGBT rights in the UK, the US and the Commonwealth, Tom said: ‘In terms of sport, I think no country should be able to host any kind of international event unless they have equal rights for LGBT people, for women, for people of colour.

‘There should be a standard, where anyone that wants to go there is going to be safe, supported and not feel threatened for their life.

‘The 2022 football World Cup is in Qatar – for women and queer people, that can be a dangerous place. After I came out, I didn’t go to Russia [which has homophobic laws] to compete, because I was worried, and then [for the next competition there] I was like: “You know what? I want to go, to be visible.”

‘That, I think, is more powerful than not going at all. As an athlete, I’m in a safer position, but for people just living their lives in many countries, it’s a scary place to be.’ 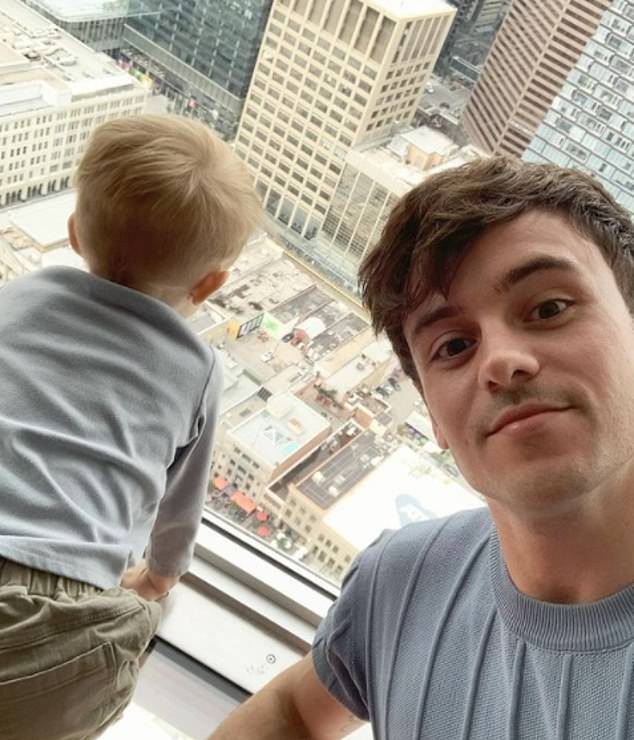 Tom said: ‘It’s not quite as easy as a bottle of wine and a good time. A lot of thought has to go into it. But absolutely, I’d love more kids’

This comes after Tom scooped an Attitude Award at the 2021 ceremony at the Camden Roundhouse in London on Wednesday evening.

The Olympic diver picked up the Sport award on the night while pop group Steps, the Netflix series Sex Education and singer Elaine Paige were also honoured.

The Attitude Awards showcase the very best of the global LGBTQ community and  give a platform to role models while supporting the Attitude Magazine Foundation, which raises money for LGBT causes. 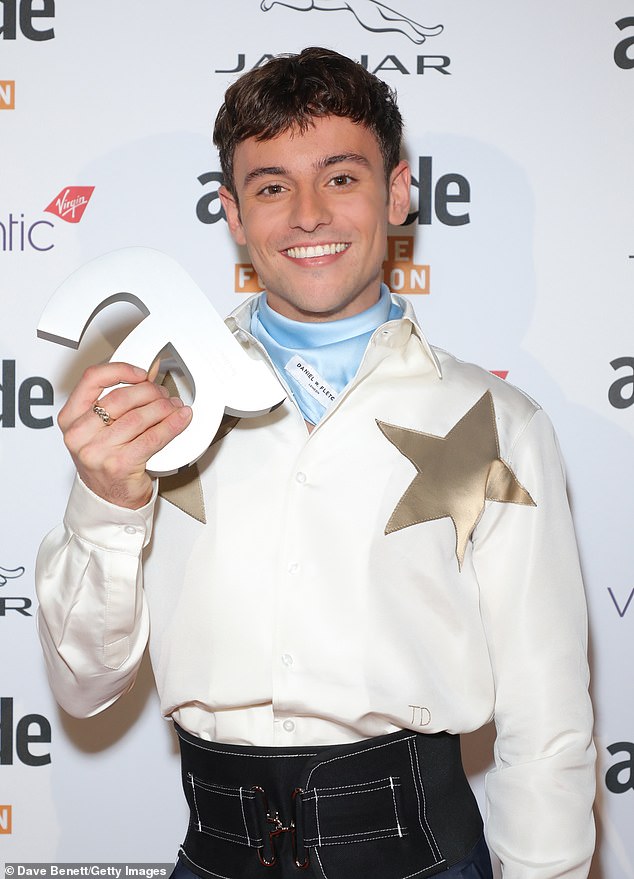 Inspiration: Tom led the stars receiving gongs at the Attitude Awards 2021 held at the Camden Roundhouse in London on Wednesday evening