Tom Holland is ready to join his girlfriend, Zendaya, on the set of her hit HBO series Euphoria.

While answering fan questions for an IMDb interview with Zendaya, the Spider-Man: No Way Home star admitted that he would like to make an appearance on his love’s TV show.

The 25-year-old actor said, ‘Listen, I have been petitioning for this for a long time and it has not happened yet and I’m very disappointed.’

Ready for a cameo: Tom Holland admitted in an IMDb interview that he would like to appear on girlfriend Zendaya’s HBO series Euphoria; seen at photocall for “Spiderman: No Way Home” on December 05 in London

He added, ‘I must have come to visit Euphoria 30 times this season.’

Zendaya playfully laughed and responded to her boyfriend’s pleas by saying, ‘I know we should have tried to… Easter egg. Get you in there!’

In order to make his wishes clear, Holland once more stated, ‘I want to be in Euphoria!’

The 25-year-old actress replied jokingly saying, ‘I know! Let me talk to some people. HBO! Let’s get them on the phone.’ 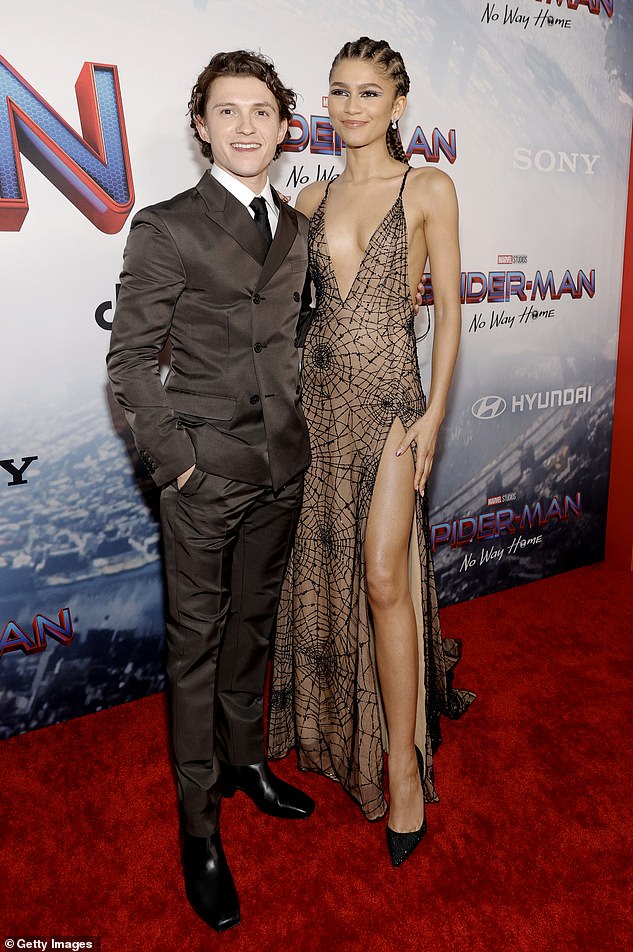 Great costars: Tom and Zendaya most recently took on the roles of Peter Parker and MJ in Spider-Man: No Way Home; seen together at the  Los Angeles Premiere on December 13

The second season of Euphoria — the teen drama created and written by Sam Levinson — is set to debut January 9, 2022. Zendaya plays 17-year-old Rue Bennett, a high schooler struggling with drug addiction while trying to figure out her future.

If Holland gets his wish for a cameo, it wouldn’t be the first time the couple would star in a project together.

Holland and Zendaya  most recently took on the roles of Peter Parker and MJ in Spider-Man: No Way Home.

The couple met in 2016 while filming Spider-Man: Homecoming, the second Spider-Man film reboot and the first starring Holland as Peter Parker.

During a recent interview with People, Holland said he wanted ‘to take a break and focus on starting a family and figuring out what I want to do outside of this world.’

He mentioned that he’d committed a large chunk of his life to acting and was now hoping to move at a more relaxed pace in the future after ‘being so focused on my career.’ 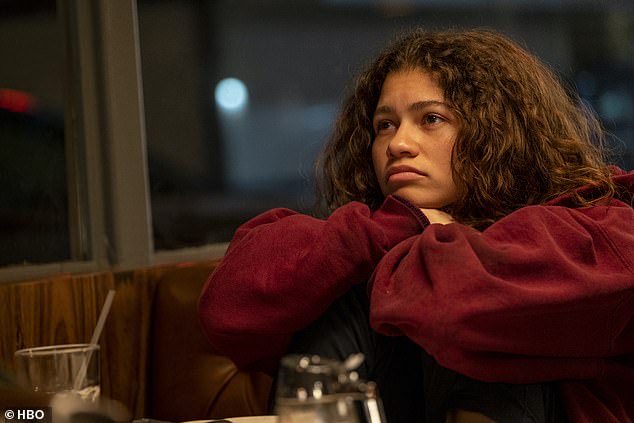 Will Tom get a cameo? Zendaya plays 17-year-old Rue Bennett, a high schooler struggling with drug addiction while trying to figure out her future, on Euphoria