Tom Parker Bowles at The Dering Arms in Kent

We don’t make it to the Screaming Woods, or Fright Corner, despite their being in easy chain-rattling distance from lunch. Nor do we bump into the Red Lady, ghostly monk, phantom highwayman or miserable gypsy.

Nope, our trip to Pluckley, once named ‘the most haunted village in England’ by the Guinness Book Of Records, is disappointingly spectre-free. The only spirit we tackle is a glass of calvados, and the only thing dying, that emaciated corpse of British summer.

But The Dering Arms, with its reassuringly solid flagstone floor, stuffed pheasants, mounted antlers, whirring clocks and sporting prints, is the sort of pub in which time doesn’t so much fly as saunter and stroll. 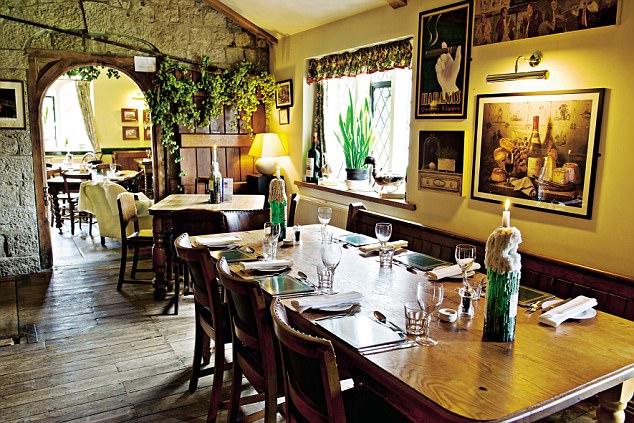 The Dering Arms, with its reassuringly solid flagstone floor, stuffed pheasants, mounted antlers and whirring clocks, is the sort of pub in which time doesn’t so much fly as saunter

A sturdy Victorian hunting lodge, it’s named after Sir Edward Dering, MP, supporter of Charles I, owner of the Dering Manuscript (Henry IV parts I and II, and the oldest known extant Shakespearean manuscript), and, apparently, my great grandfather, to the power of 11. Well, that’s what Wikipedia says anyway.

Now before you accuse me of ancestral nepotism, I knew nothing of the connection. Honest guv. Not a bloody clue. Russell, fine restaurateur, friend and new Pluckley resident, said I should come down.

‘It was famous for being a great fish restaurant back in the Nineties,’ he told me. ‘And it’s the sort of place where the owner, on hearing that there were no taxis to get me home, drove me himself in a lovely old Bentley.’

I like those sort of places. It’s a proper pub, with locals wandering in and out for a pint, a sandwich, a gossip and chat. Dried hops adorn the bar, and crown the doorways, while a fox’s head (not exactly the pinnacle of the taxidermist’s art), snarls down from on high.

Specials, mainly fish, are scrawled on the blackboard beside the bar, while oysters, ‘to take away,’ are available at 90p each. We order half a dozen, firm and sweet, and wallow in the civilised silence, punctuated only by the whisper of fellow guests, the soft tread of our waiter’s approach, the hum of the fridge and the tick-tock of the mantle clock.

The cooking here is old-fashioned hearty, and blessedly free from any modern affectation. Food arrives on white plates, dairy is deployed with reckless abandon and the only foam is found atop the local beer. Hurray. Chicken livers, cut small and still pert, are smothered in litres of cream, a nip of brandy and piled high on toast.

It’s gloriously, unashamedly rich, but does cry out for a dribble of lemon and drop of Tabasco to cut through that heavy lactic embrace. Sussex smokies, or chunks of good smoked mackerel, are blanketed in still more cheesy, creamy mustard-spiked goo, bubbling and blistered brown by the grill. The bowl is polished clean by wads of good bread. 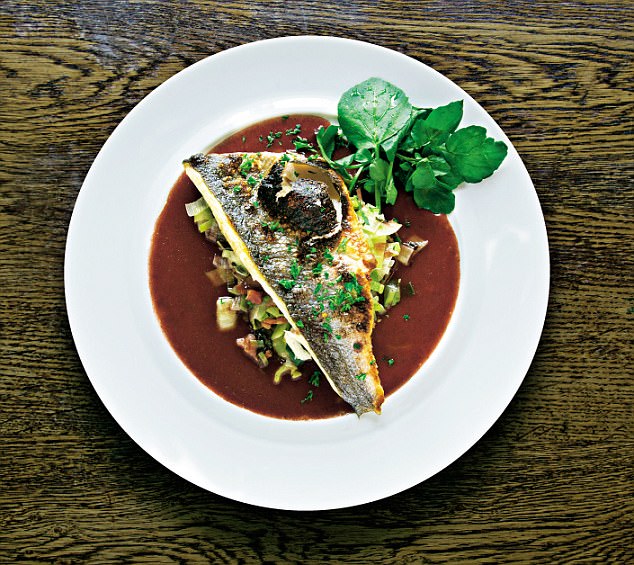 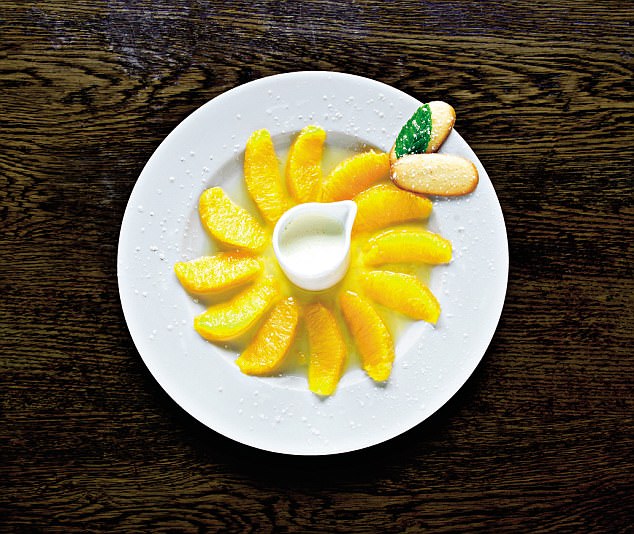 Fish is more hit and miss. Skate is as good as you’ll find anywhere, great luscious strands falling off those gelatinous bones. With a sharp, nutty, caper-studded brown butter sauce. Sardines are gleamingly fresh, but have spent a moment too long under the grill. So the flesh loses that ephemeral sweetness, and turns towards the dry. The same goes with a generous tranche of halibut meunière, nothing ruinous but just edging towards the overdone. Fried oysters, though, are a welcome addition, as is a mound of butter-ravished spinach.

Scallops, sliced in half for some reason, are well cooked but woefully under-seasoned. And sit upon a glum, watery sludge of crushed peas and mint. It may be based upon the Rowley Leigh classic, but lacks essential sweetness. No such problems when it comes to pudding, sticky toffee in particular.

The batter is light, bouncy and studded with dates, the butterscotch sauce bold and bountiful. Then a lemon posset that just manages to stay on the right side of overwhelming. We reckon it’s made with clotted cream, a fine addition, but one that desperately requires the lemon’s tart bite.

The wine list is short, but well-chosen and priced too. Although the local Dering Arms ‘Champagne’ is certainly an acquired taste. Service is lovely, and it’s the sort of pub where lunch could turn, all too easily, into dinner.

So yes, there are a couple of piscine mishaps. But somehow, it doesn’t seem to matter. This is generous, well-priced country pub cooking with occasional flashes of inspiration. A final glass of calvados is not so much indulgence as essential medicine, a ‘trou Normande’ to burn through all that heft.

We totter out into the weak September sunshine, and skip the few yards to the station. In the distance, something catches my eye, white, spectral and fluttering in a seemly supernatural fashion. I grab Russell’s arm, and point with shaking finger. He smiles and shakes his head. It’s a Tesco bag, caught high up in a tree. Hey ho. No ghosts today. But the Dering Arms has spirit to spare.

Acquacotta soup, and a pint of Landlord at the ever reliable Anglesea Arms. Then toasted cheese sandwich, a packet of pickled onion Monster Munch and a Nobbly Bobbly ice cream.

Lunch at The Oak W12. Just for a change. Diavola pizza, padron peppers, a couple of glasses of red. Then off to River Cafe for the late Ed Victor’s Memorial. Amazing speeches, wonderful food and wine.

A magnificent dinner at Claridge’s to celebrate the launch of its new cook book. Lobster risotto, chicken pie and chocolate soufflé. For 90. Incredibly good fun, and deeply impressive too.

Back to the monotony of the 5/2. Prawns with chilli sauce, chicken soup and a couple of Ryvita. Yawn.