What I know about Polish food could be scrawled on the back of a cornichon. With a great big black felt tip. OK, so I’m pretty certain that pig’s big, and pickles rule. Plus lots of herring, dumplings and beetroot. And while I can just about tell my bigos (stew) from my borscht (soup), I couldn’t begin to spot the difference between golonka, gulasz and golabki.

Thank God, then, for the experts. Fay, the queen of restaurant critics. And Hoppy, former chef and gilded food writer. We’re sitting in Ognisko, a South Kensington restaurant that takes up the bottom floor of the Polish Hearth Club. The room is high- ceilinged and handsome, with noble pillars and a small mahogany bar and huge windows that flood the white walls with lashings of late autumn sunshine. 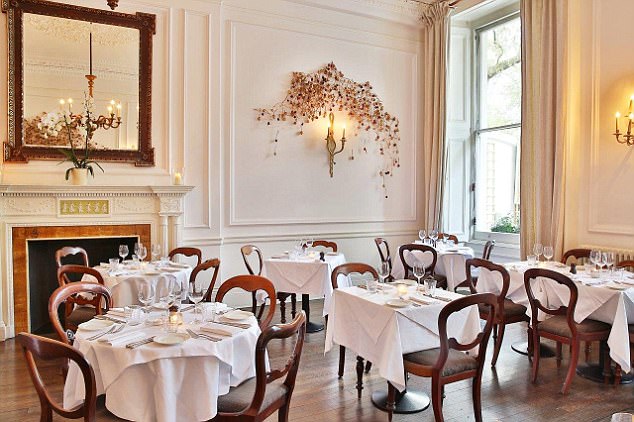 The room is high- ceilinged and handsome, with noble pillars and a small mahogany bar and huge windows 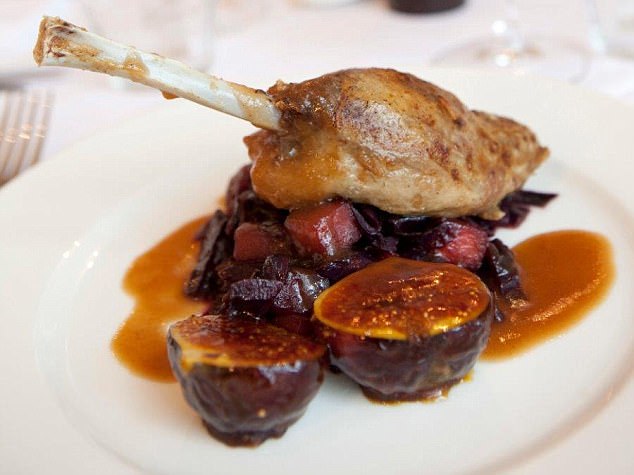 Confit goose leg with apple and fig. Eating at Ognisko is something of a revelation

We start with the house vodka, cold, crisp and clean, and pert pickles with crunch and punch. I take a cursory glance at the menu, before putting it away and leaving the ordering to the true pros. Sweet, blessed relief.

There’s hot crackling that looks burnt but tastes sublime, dipped in a horseradish-spiked pear purée. And smalec, or lard, sprinkled with bacon and spread thick on good toast. The Poles sure do like their pig. More swine, this time, black pudding, stuffed into tiny, delicate and divine pelmeni dumplings, lavished with butter, and made from the most wonderfully chewy dough. Apple adds a shriek of acidity, making each mouthful both robust and surprisingly delicate. If there were ever a dumpling world cup, these would make the final alongside the Shikumen’s Xiaolongbao. They might even win.

Then chicken livers, beautifully cooked, just pink, slathered in cream with a sly chilli sigh. The sauce is speckled with dried cherries, elegantly tart, and sat atop the most delicate of potato pancakes. Again, a humble ingredient made very great indeed. ‘The best chicken livers I’ve ever eaten,’ announces Simon with a grin. It’s difficult to disagree. 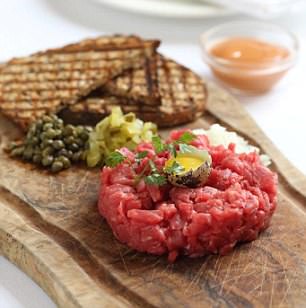 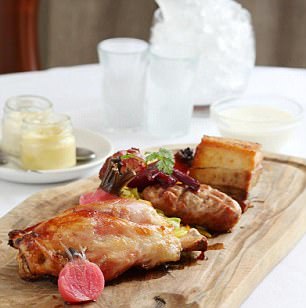 Gently smoked eel, lusciously fatty and definitely Dutch, bestrides soft potato wrapped in the tender embrace of a mustard-spiked mayonnaise. Even dill, so often an overbearing bully of a herb, manages to behave. Flavours here may be big, but they’re never brutish. Pigeon breast comes with apple and pomegranate salad, gracefully spiced and surprisingly light. While steak tartare, slick with raw quail’s egg, has bosky depth and bite.

As we eat, the room fills and the warm buzz seasons each bite with unfiltered bonhomie. We gas and gossip and drink sensibly priced claret, and one hour melts seamlessly into the next. As is the way with a serious lunch. I eat a huge bavette, cooked bloody, chewy and faintly ferrous, with a vast pile of chilli and horseradish-spiked salad. The chips are hot and golden and crisp, lustily salted and eaten by the fistful. I glance back at the menu, and look longingly at the choucroute, and chicken tabaka, the Pork Holstein and fish stew. We’re full by now, of course, but such is the generosity, the unadorned, unpretentious art of this kitchen, that I’m already thinking of coming back.

Sure, the food is often not the prettiest, tending towards the beige. But I’d far rather this than some flower-strewn, strangely smeared confection that takes longer to describe than devour.

As I said, my knowledge of Polish food is scant, my only real experience found in tiny, suburban dining rooms that were more spinster sitting room than conventional restaurants, places that did little to dispel the stereotype of gloomy, heavy fodder, clad in thick overcoat and hobnailed boots, ballast for long winter nights. So eating at Ognisko is something of a revelation. Here, you get the fruits of late summer. And the more mellow delights of autumn too. Modern, handsome Polish food that never loses that essential national soul. There’s a deftness of touch, a knowing levity, an absolute belief in the quality of their ingredients.

And looking around the room, somewhere towards the end of lunch, I’m suddenly whacked with the vodka-scented feeling of distant déjà vu.

Then it hits me. I’ve definitely been here before, many moons ago, and many shots of vodka for the worse. The room seemed more fusty then, more, well, old-school and utilitarian Eastern Europe. The food was forgettable, the hangover less so.

It’s only when Fay introduces us to the new boss, Jan Woroniecki, that I realise the place is in the hands of a master. I remember him (albeit hazily) from Wodka, a Kensington classic. And Baltic too, one of those pioneering places where Eastern European food broke free from dour Communist clichés. It all suddenly makes sense. With Woroniecki at the helm, we’re in the safest of hands. Ognisko is that rare Polish restaurant where I not only relish the food. But escape with my dignity too.

A Cornish pasty and chips at Wembley with my son, to watch Spurs destroy Real Madrid. Sweet, sweet joy.

Day Of The Dead at the new Santa Remedio near London Bridge. It’s better than ever. Duck breast with mole amarillo, scallop aguachile, pan de Muertos and an excess of mezcal.

Toasted cheese sandwich with white truffle, smoked salmon and white truffle risotto at 45 at St James’s. Lunch stretches into tea. Back home for an early night.

Diablo pizza at The Oak in W2, then off to see Thor. Blue Tango ice blast and nachos with fake cheese and chillies.