It’s been 20 years since the first Nobu exploded into London, which makes me feel very old indeed. Back then I had hair and a waistline and the absolute unshakeable confidence of callow, shallow youth.

I could carouse for days on end with no discernible ill-effect, and a hangover was worn like a badge of pride, rather than the cruel, painfully leaden millstone, weighty with existential woe, that must be endured today.

But my memories of the late Nineties are shaky at best, and although I wasn’t at Nobu from the very start, I certainly tripped, clattered and gambolled down those stairs enough times, eternally refreshed, en route to The Met Bar, a cramped, rather poky space that was, for a couple of years, the very epicentre of merry London excess. 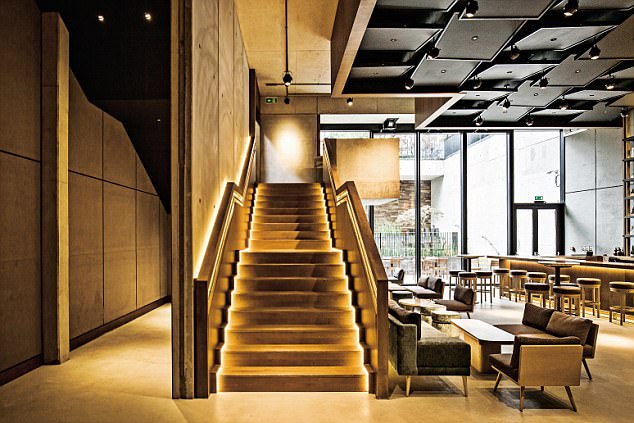 Nobu Hotel Shoreditch. I’m not sure who it is aiming to attract. It’s too expensive for the kids down Hackney way, and too noisy for those who don’t balk at £100 per head bills

What I do remember, though, was the sheer thrill of the food. Nobu Matsuhisa was the man who turned Nikkei food (a fusion of Japanese and Peruvian) from little known character actor into international superstar.

Sure, it helped that his business partner was Robert De Niro, who supplied the requisite Hollywood sheen. But glamour ain’t edible and at Nobu, it was always about the food.

Yellowtail with jalapeno, a dish of clean, lithe perfection; black cod, forever copied, but never really bettered; rock shrimp tempura, crisp and plump and dunked into that creamy, slyly punchy dip; sashimi salad with the exquisite Matsuhisa dressing and toro tartare with caviar. In a city where Japanese meant quiet, formal and fiendishly expensive (Suntory in St James or Shogun in Mayfair), Nobu was loud, fun and laid-back. But still fiendishly expensive.

Nikkei food might be old news now, but back then it was a blast of yuzu and aji chilli-scented fresh air. I tried ceviche for the first time here, tiradito too.

Despite being very broad-shouldered and British, executive chef Mark Edwards was a master, and every mouthful made the tastebuds shiver with pure delight. Enough, almost, to justify prices  so high they often needed their own oxygen tanks. But two decades on, and things are very different.

There are dozens of Japanese places, from three-Michelin-starred magnificence to the high-street charms of Itsu. And scores of Peruvian places too. Do we really need another Nobu? This time a hotel, with a mega-million pound kitout and ‘signature’ cocktails.

Opened in Shoreditch, a place that these days only an estate agent could call ‘cool’. Still, once I’ve negotiated my way past a bouncer with a clipboard, and descended, past the DJ in her bespoke booth, down the dimly lit stairs to the dimly lit room, through what seems like battalions of male bankers, all dressed identically with white shirts and blue suits, and big phones, and bigger watches, I find it difficult to hear anything aside from a thudding beat.

There’s muzak, and then there’s plain noise pollution. And here, that line is not just crossed, but trampled. ‘It’s like eating in a New York nightclub, 20 years ago,’  shouts my friend Chloe. That, by the way, is not a compliment.

After speeding through the usual perfunctory pre-order patter chatter (‘Nobu concept… blah… sharing plates… blah… recommend that you order… blah blah blah’), we order lustily. And there are some decent enough dishes. Tiny tacos filled with crab and tuna with jalapeno salsa stand out, bright, fresh and punchy, a taste of old Nobu.

And a wonderful king crab leg, all taught, tight,  sweet flesh, with a filthy smudge of sea urchin. Some good eel too. Yellowtail with jalapeno, though, has lost its charm, just as the chilli has lost its bite.

The whole point of the dish was cool fish, fierce heat. It seems somehow emasculated, toned down. Ceviche is OK, if a little meh. Not so much a passionate smack on the lips as sterile peck on the cheek. 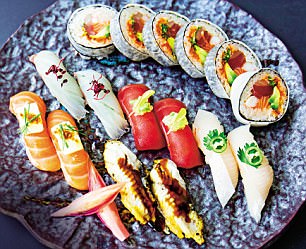 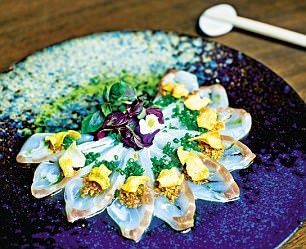 As the night goes on, the lights move from dim to plain dark, and the music thuds ever louder. There’s a flurry of fine, if largely forgettable, dishes. By the end, the only thing that really stands out is the size of the bill.

I know that good Japanese is rarely cheap. Especially when it comes to all things piscine. But nearly £250 for food is not just steep but bleeding precipitous. And nowadays, when compared to the likes of Roka, Sushi Shiori and Dinings, this Nobu just doesn’t come close.

I’m not sure who it is aiming to attract. It’s too expensive for the kids down Hackney way, and too noisy for those who don’t balk at £100 per head bills. That said, the place was jam-packed, though the downside being it was mainly male bankers.

Or worse still, middle-aged tech millionaires crammed into their tight T-shirts like pork into gyoza. The original Nobu was a bona fide game changer. But things have moved on.

And Nobu Hotel Shoreditch, for all its ‘curated’ beats and wildly expensive wood, hasn’t. Some good dishes, sure, but the whole place feels a little tired, overpriced and underwhelming. A follower, rather than leader, and a sad, if noisy, reminder of what a magnificent restaurant Nobu once was.

Launch of Fortnum and Mason Skate at Somerset House. Mulled wine and an excess of raclette, draped over potatoes and gherkins. I love raclette.

Down to the country, and good chicken pie for lunch, followed by pretty decent larb gai, isaan sausage and tom yum from Thai Terminal in Hammersmith.

A very jolly lunch at 10 Portland Road with an old friend. Zinging fresh crab mayonnaise and a fine Barnsley chop. Then a cep risotto for dinner with children.