As a relative rookie to this restaurant reviewing game (six years is but the daintiest amuse- bouche when compared to my elders and betters), I remain an eternal optimist, forever in search of the good. You know, places to which you’d want to return, places where you can sit down, cast aside your worldly woes and revel in the fundamental pleasures of the table. 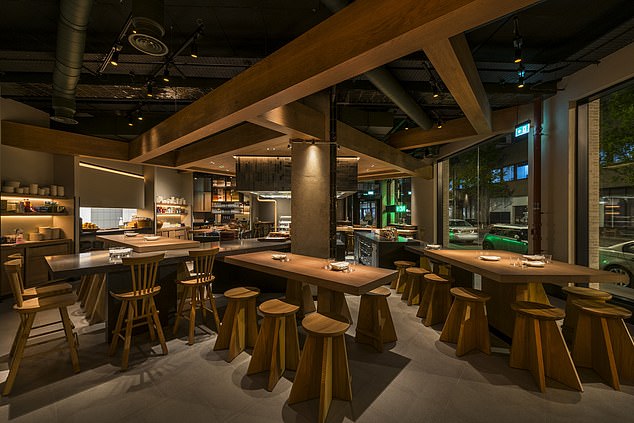 Inko Nito, a Korean Japanese place in Soho. Now such places are ten a penny in these parts, but this has Rainer Becker attached

I don’t expect (or even desire) high art, although I certainly appreciate the loftier peaks of Michelin. Nor do I crave Uriah Heep-ish sycophancy. Just get the order right and get it out hot. No, my tastes are undoubtedly base. I crave salt and fat and heat. Give me psychotically fierce som tum, devoured while perched upon wobbling plastic chairs, in the fetid, fag-smoke-and-diesel-fume-soaked Bangkok night. Or Taiwanese beef noodle soup, the meat lasciviously fatty, the broth sumptuously rich, in a nondescript, lino-floored Taipei cafe. Or tacos al pastor, ordered from a Mexico City hole in the wall, doused with hot sauce, sprinkled with raw onion and lime, and eaten in one. Simple they may be, and cheap too, but they make me happy. Very happy indeed.

What makes me unhappy, though, is the glum, mundane and artlessly dull. Because when it comes to reviews, I’d rather tackle the revolting, repellent or repugnant any day. Because on those rare occasions where one does stumble across pure filth, the taste buds may recoil, but the pen rejoices. The language of disgust is so much more fertile than that of delight. The worst restaurants are the easiest to review, followed closely by the very finest. The bugger, though, is those restaurants that promise thrills. But turn out, after closer inspection, to be an ocean-going bore.

Rather like Inko Nito, a Korean Japanese place in Soho. Now such places are ten a penny in these parts, but this has Rainer Becker attached. I like Becker’s restaurants very much, especially Roka (the Charlotte Street branch is a London classic) and Zuma. Inko Nito, we’re told, is supposed to be a more accessible (or cheaper) version. Like Roka’s ‘unconventional’ younger brother. Cash has most definitely been splashed. There are acres of clean blonde wood, a blaze of neon, a snazzy open central kitchen with vast robata grill. And a DIY Pick And Mix menu, heady with miso, shiso, sansho and yuzu, that skips gaily between Japan, Korea and China.

The food, though, rarely lifts its head above the average. Flaccid kampachi sashimi, mixed into a dreary salad, is neither immaculately fresh nor artfully cut. Itsu does it better. The chicken yakitori may be fatty and succulent, but it’s under-seasoned and ruined by too long on the grill. There’s charred. Then there’s plain burnt. 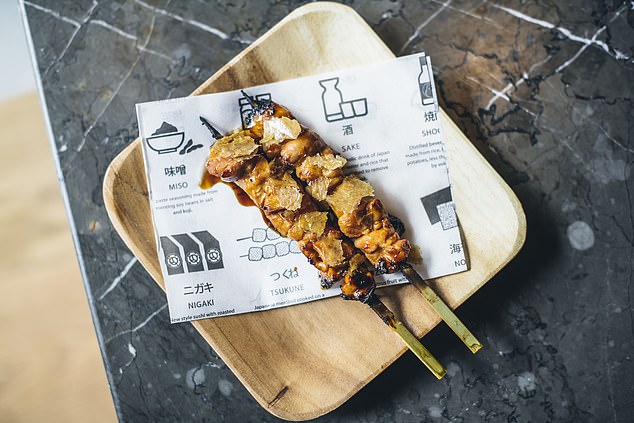 There may be nothing here to truly appal, but plenty to irk. Slyly expensive mediocrity that appeals to neither palate nor purse

Beef skewers have a splendidly punchy, numbing, Sichuan-style peanut topping. But they’re equally overcooked. Pork and padron pepper skewers are so forgettable that I query them on the bill. It’s all well and good banging on about your gleaming robata grill. But do make sure you employ someone who can operate the damned thing.

There are some bright spots in the gloom. Excellent crisp, greaseless fried shrimp in a punchy, buffalo-style sauce. My kind of fusion. And beautifully braised beef cheek wrapped in lettuce with spicy miso and pickled daikon. Cool, hot, chew, crunch. But it’s too little, too late.

To add insult to injury, they leave the service box on the bill open. When a 12.5 per cent service charge has already been whacked on top. A scam, pure and simple. There may be nothing here to truly appal, but plenty to irk. Slyly expensive mediocrity that appeals to neither palate nor purse. Like the eternally exasperated parent, I’m certainly not cross. Just disappointed. And very, very bored.