You won’t find a pint at The French. Which may seem a little strange, seeing as it’s a pub. But then The French House, as it’s rarely known, was never too bothered by convention. With a ban on mobile phones, computers, fruit machines, muzac and mediocrity, The French is the anti-Wetherspoons, an idiosyncratically Gallic honeypot around which buzz Soho’s eternal flâneurs, gadabouts, loafers, topers, lushes, boulevardiers and sots. As well as those in search of a drink. Or three. Because no one has ever had a quick half (the only measure they serve) at The French.

It is, of course, a legendary Soho boozer, historically filled with the usual cast of poets, painters and literary p*** artists, once presided over by the legendarily charming, extravagantly moustachioed Gaston Berlemont. Those days are long gone, but lovely landlady Lesley Lewis ensures that things are still kept civilised. A glass of good wine or champagne, or a bottle of that excellent Norman cider. And a Ricard. Always a Ricard. Before a stumble up two flights of rickety stairs, where you’ll find a small dining room with its own claim on London culinary history. 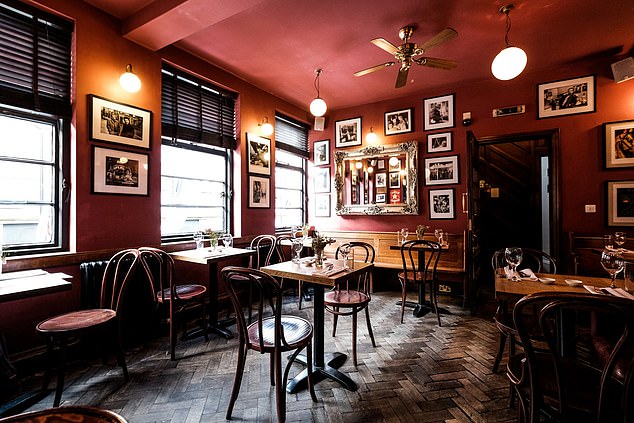 The French House is, of course, a legendary Soho boozer, historically filled with the usual cast of poets, painters and literary p*** artists, once presided over by the legendarily charming, extravagantly moustachioed Gaston Berlemont

It was here that Fergus and Margot Henderson shook the pans, along with Melanie Arnold, before going off to open St John and Rochelle Canteen. I remember Florence Knight cooking up some wonderful things at Polpetto (in a short but sweet stay), and now there’s Neil Borthwick, formerly of Merchants Tavern, who recently slipped in with the minimum of fuss.

I gatecrashed an early test lunch a month or so back, where Borthwick, with the help of his wife, Angela Hartnett, was using the contents of his home fridge to give us a taste of the French bourgeois classics to come. And even though the aligot was made with mozzarella and Compte (rather than the traditional tome fraîche), and the mustard, unearthed on site in some long-forgotten cupboard, was a few years past its punchy prime, you just knew that all would be well once more. A limpid lamb broth that balanced the bosky with the delicate; braised ox cheek in a slick, glossy sauce. And brilliant Paris Brest. Très, très bien.

Then it opened, and I returned for a long Friday lunch, and old Soho, along with old Gaston, gazed down from black and white pictures, and folk perched at the bar at the back sipping big glasses of red wine, studying dog-eared Penguin Classics, and picking at confit garlic and goat’s curd on toast. The hand-scrawled menu is short, curt and to the point. Brains on toast, immaculately cooked, heavy on the capers, parsley and vinegar, the acidity just the right side of strident. Damo, a Soho stalwart, drops by, pulls up a stool and tucks in. He takes a forkful of the pig’s head terrine, rustic but not rough, all rich, wobbling jelly and nuggets of the sweetest cheek. ‘Proper,’ he declares, with a grin. Borthwick is a magnificent cook.

As I eat cod, lustily seasoned and falling apart in luscious flakes, Juliette, a chef who used to work with Alastair Little, wanders past on the way to the loo, and stops by. She nods approvingly at the earthy fondue of leeks and chanterelles sitting beneath the fish. ‘Neil knows his stuff,’ she says. 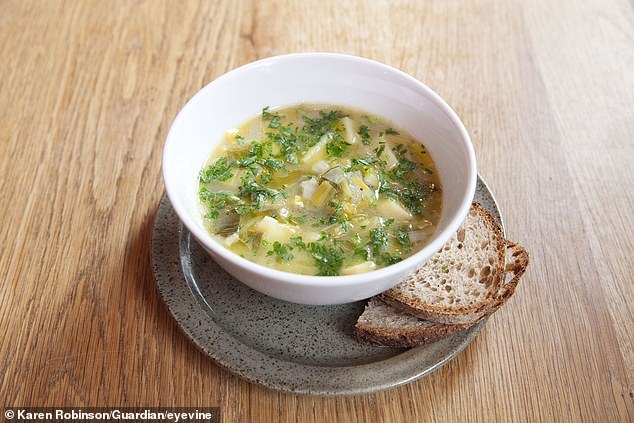 He sure does. There’s spatch-cocked quail with hazelnuts and a sharp, creamy remoulade that melds merrily with the juices. And aligot, stringy, cheesy, beauteous aligot. Even the green salad, with its floppy, old-fashioned lettuce, is lovingly dressed.

For pudding, Paris Brest, a dish inspired, they say, by a bicycle race. Which means there’s something to be said for two wheels after all. The choux pastry is perfect, with a glut of praline-scented cream. We drink two glasses of Calvados, because it would seem odd not to, in a room that not so much encourages lingering as demands it.