TOM UTLEY: I agree with Grayson Perry – the Right are much nicer than Lefties

On the face of it, the transvestite ceramic artist Grayson Perry is one of the least likely people in all the world to say anything even mildly complimentary about Right-wingers.

I don’t say this just because he likes to dress up in women’s clothes — although the Left, if you’ll pardon a generalisation, tends to be more enthusiastic about breaches of convention than the traditionalist Right.

He seems an unlikely bestower of praise on Right-wingers because he himself is on record as a Labour supporter — and a Corbynista, at that. In September 2015, he endorsed Jezza’s Labour leadership campaign, saying: ‘I think he’s gold.’

Yet here is Mr Perry — or ‘Claire’, as he likes to be called as his female alter ego — telling the Radio Times this week: ‘The Left is more venal and has more antipathy to the opposition than the other way round. I would say the Right on average are friendlier and more open.’

On the face of it, the transvestite ceramic artist Grayson Perry is one of the least likely people in all the world to say anything even mildly complimentary about Right-wingers

My first thought on reading that remark was: ‘What a very magnanimous thing for a Left-winger to say.’

All right, I have to admit that although I’ve never met the man, his comment didn’t come as a complete surprise to me.

This was partly because I happened to know he was good mates at King Edward VI Grammar School, Chelmsford, with my friend and former Daily Mail colleague Simon Heffer.

I hope Simon will forgive me when I say that although his virtues shine through to me, as a small-c conservative myself, he is exactly the sort of Tory whom most Lefties love to hate.

So I give Mr Perry high marks for seeing through the tweed-clad reactionary to the soul underneath.

Enough to say that it is almost impossible to imagine a more improbable pair of schoolmates than the future Tory polemicist and the budding socialist transvestite artist.

But there are other reasons, too, why I’ve long had a soft spot for Mr Perry. In his TV interviews and Reith lectures on the radio, he has always come across as bright and thought-provoking.

Unlike trans lobby extremists, before whose every vicious tweet the great institutions of our country cower in abject surrender, he seems good-natured and, in a funny sort of way, level-headed.

I also admire him as an artist, although I admit that some of his more outlandish creations are not entirely my cup of tea. 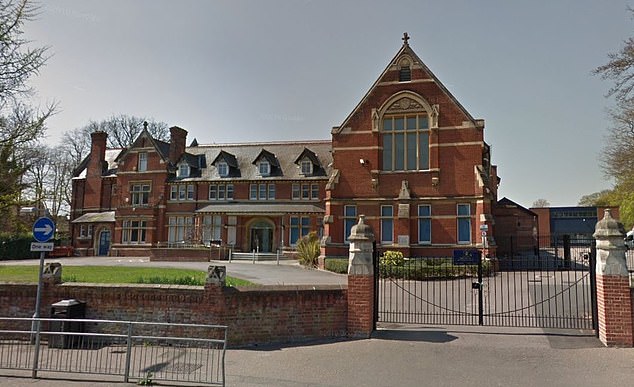 All right, I have to admit that although I’ve never met the man, his comment didn’t come as a complete surprise to me. This was partly because I happened to know he was good mates at King Edward VI Grammar School, Chelmsford (pictured), with my friend and former Daily Mail colleague Simon Heffer

But having read his kind remark about Right-wingers — among whom I suppose I must number myself — I rate him more highly than ever.

Indeed, the more I’ve thought about it, the more I’m convinced that in saying my political allies tend to be friendlier, he was not merely paying a pretty compliment to his opponents. He was also telling the unvarnished truth.

Yes, of course there are a great many exceptions on both sides. I myself have met plenty of charming, convivial Left-wingers as well as a fair number of belligerent Right-wingers — particularly towards the extreme end of the spectrum — whose company I would avoid.

But if you ask me, it is simply a fact that, on average, those who lean to the Right tend to be friendlier to others of every political persuasion than their counterparts on the Left. And, yes, they are also far more open to debate.

I can testify, after many years as a political reporter, that Tory Party conferences are much more hospitable occasions than Labour’s annual get-togethers, where delegates think it’s cool to wear T-shirts boasting: ‘Never kissed a Tory.’

You may say that I would find that, wouldn’t I, since I’ve never made a secret of my own Tory sympathies.

But I suspect that many Left-wing journalists would agree that they are made to feel less unwelcome by the Conservatives than at Labour gatherings, where the speeches tend to be far angrier. Corbynistas hate Blairites (and vice versa) and everyone hates the Press.

True, it was at a Conservative conference that I had my one and only experience, during more than a decade of covering meetings of every political hue, of actually being spat at while on duty.

But on that occasion, the assailant who showered me in furious spittle was a Labour-supporting demonstrator, among a crowd yelling ‘Tory scum’ outside the hall. On the whole, accredited Conservative conference-goers don’t spit.

Nor, come to that, does the average Right-leaning voter tend to go in for mass demonstrations or chanting obscene slogans attacking their political opponents.

But the Left’s intolerant unfriendliness extends far beyond the political circuit. Indeed, a young friend who is an assistant to George Osborne, the former Tory Chancellor, tells me she avoids telling strangers at parties who she works for, so often have her contemporaries abused her for liking her boss and her job.

I know how she must feel, since I’ve often seen my poor wife lambasted by woke Left-wingers over her work for the Society for the Protection of Unborn Children (although God knows why anyone should think there’s anything particularly Right-wing about wanting to save human lives from abortion).

My friend also tells me that, among her generation, confessing to any sort of tolerance towards Tories is the kiss of death to all hope of finding a mate through dating apps, where a favourite warning is: ‘Tories need not apply.’

How often, I wonder, do the young see would-be suitors stipulating: ‘Socialists need not apply.’ My guess would be roughly never.

All of which brings me to the big question of why it should be that Left-wingers seem so much angrier and less tolerant of those who disagree with them than those of us who lean to the Right.

If I understand Grayson Perry correctly, he is talking mainly about champagne Socialists when he suggests that the answer may have something to do with the guilt and shame they feel about enjoying the fruits of capitalism while attacking the system.

As he puts it, describing the feelings of white middle class people on the Left: ‘It’s all part of the tribal culture to be guilty — we do guilty in the same way that the Japanese do shame.’

If you ask me — and like every good Tory, I admit the possibility that I may be wrong — the truth is more deeply rooted in the contrasting ideologies of Left and Right. 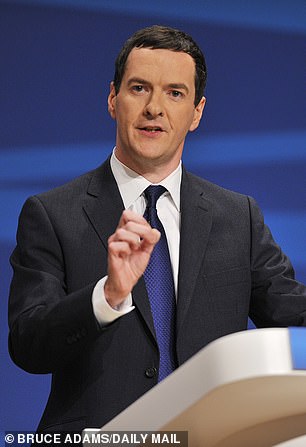 The Left’s intolerant unfriendliness extends far beyond the political circuit. Indeed, a young friend who is an assistant to George Osborne, the former Tory Chancellor (pictured) tells me she avoids telling strangers at parties who she works for, so often have her contemporaries abused her for liking her boss and her job

We Tories (my brand of Tory, at least), take human nature as our starting-point, with all its virtues and failings: family love, patriotism, fellow-feeling, jealousy, ambition, lust, competitiveness, greed etc.

We then try to arrange government so that it reins in our excesses to prevent us from harming others, while being careful not to stifle our nature entirely. This makes us naturally more tolerant of human frailty.

True socialists, on the other hand, start with the concept of an ideal society in which equality is guaranteed for all, and then set about trying to bully human nature into conforming with it.

No wonder they get furious when human beings continue to behave like human beings, in such ways as trying to give our children advantages in life, caring more about our own country than faraway lands or laughing at politically incorrect jokes.

So convinced are they that their ideal is good and just, it’s no wonder either that they try to silence — or ‘cancel’, in the new jargon — those who beg to differ.

We Tories, on the whole, are happier in our skin, and so less inclined to go around screaming obscene slogans, knocking down statues or vilifying anyone who is prepared to say nice things about our political opponents.

If you doubt me, you should try reading some of the four-letter comments posted on the internet by Mr Perry’s critics, venting their contempt for his views and their hatred of all Right-wingers, without exception. They don’t realise it, poor dears, but they rather prove his point.