TOM UTLEY: What my wifi going wonky taught me about Prince Philip’s lessons for life

How I mocked our poor sons some years ago, when we lost our connection to the internet for a couple of days and they all went cold turkey like drug addicts denied their heroin.

They sat around, whey-faced and jittery, wondering how on Earth they would survive without their daily fix of Google, Facebook, emails and music downloads.

I told them loftily that somehow or other their parents had managed to get through life for more than three decades before Sir Tim Berners-Lee invented the World Wide Web.

Give me a couple more years, indeed, and I fear I may become as helplessly dependent as those legions of teenagers and twentysomethings who can’t walk five yards down the street without neurotically checking their smartphones or tapping away at their screens [File photo]

A short period of enforced abstinence from social media would do them no harm, I said. They might even find something more rewarding to do with their time than jabbing away at computer keyboards all day long.

But then on Tuesday this week, with the boys long grown-up and flown from the family nest, it happened again — and I suffered an uncomfortable awakening of self-knowledge.

When I stumbled downstairs in the morning, logged on to my iPad and tried to download the morning papers as usual, the message came up: ‘No internet connection.’

I tried turning off the router and switching it on again. No joy. I pulled out all the cables and attached them again, extra firmly. Still not a sausage. Even thumping it with my fist didn’t work.

Never mind, I told myself, there was probably a problem at Virgin Media — perhaps something to do with Storm Brendan, which had caused widespread disruption during the night. I’d just have to wait and they’d have it sorted out in no time.

Well, the minutes passed, and then the hours — and still I could get nothing but that infuriating message. I began to feel something like panic stealing over me.

How was I to fill the morning, with no newspapers to read (though I prefer the paper-and-ink editions, I switched a couple of years ago to buying most of the Mail’s rivals online so as to reduce the sheer tonnage of newsprint that used to clutter up the house)? 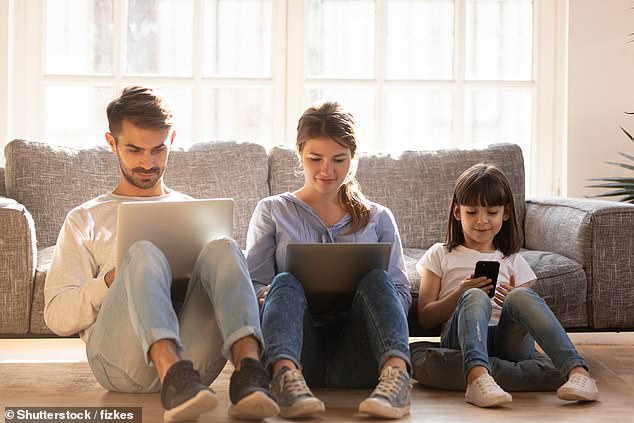 When I stumbled downstairs in the morning, logged on to my iPad and tried to download the morning papers as usual, the message came up: ‘No internet connection’ [File photo]

What if people were trying to send me important emails? What was the latest gossip on the blogs about the Labour leadership contest? What hilarious video clips was I missing, showing politicians making fools of themselves?

How was I to track the progress of my latest online shopping order (worming pills for Minnie the dog, since you ask)?

Enough to say that over the course of the next five hours, before my connection miraculously sprang to life again, I came to realise that I’ve become as pathetically hooked on the internet as my sons were all those years ago, when I mocked them so mercilessly for their addiction.

Give me a couple more years, indeed, and I fear I may become as helplessly dependent as those legions of teenagers and twentysomethings who can’t walk five yards down the street without neurotically checking their smartphones or tapping away at their screens.

No wonder their generation is said to suffer higher levels of stress, anxiety and other mental problems than any before.

So I doff my cap to the Duke of Edinburgh’s Award scheme, which has come up this week with 25 activities teenagers should put on their to-do lists to build their confidence, independence and resilience against life’s setbacks — and spend their time more profitably than in wallowing around in cyberspace. 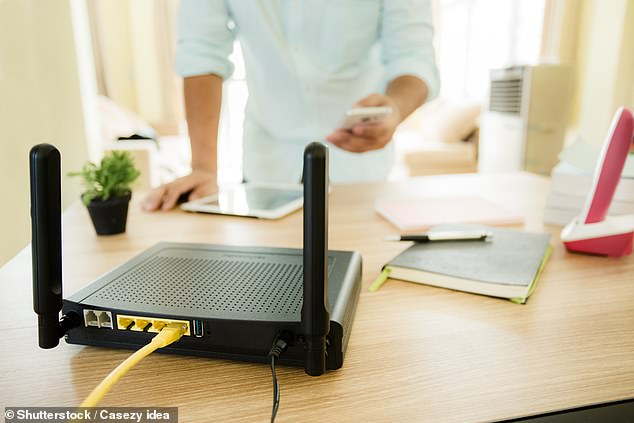 I tried turning off the router and switching it on again. No joy. I pulled out all the cables and attached them again, extra firmly. Still not a sausage. Even thumping it with my fist didn’t work [File photo]

True, one or two of the suggestions have raised eyebrows among some members of my own generation, who groan at its inevitable nods to political correctness.

Take number 24 on what the award scheme calls its Experience List: ‘Learn about climate change.’

If my own sons’ experience is any guide, the young these days are taught about practically nothing else in school, apart from a bit about the Nazis, the slave trade and the civil rights movement in America.

Doubters may also wonder about number 15: ‘Try veganism or vegetarianism.’ Is this really an essential life-skill?

Well, possibly. All I can say is that the way things are going, with pressure mounting on us all to give up meat, it may be as well for the young to get into practice before some virtue-signalling future government makes veganism compulsory.

Just don’t expect me to give up my weekly steak without a fight.

I also have one slight reservation about number 13: ‘Campaign for something you believe in.’

If the list’s authors had left it at that, I’d have no objection. But was it really necessary for them to add, as their only examples of causes in which the young might believe: ‘Climate change, equal rights or period poverty.’

How refreshing it would have been if they’d included a cause less dear to the hearts of the Guardian-reading classes.

How about national sovereignty, tax cuts or — dare I say it — the unborn child’s right to life?

For the most part, however, the list is full of worthy, common-sense suggestions for improving teenagers’ enjoyment of life, bolstering their social skills and sense of self-respect and setting them up for a future in the world of work.

As the award scheme’s spokesman puts it, the checklist is a ‘fun and inspirational tool to help young people identify, embrace and enjoy activities that will support them on their journey to adulthood.’

Here’s a selection from the list, to give you the general idea: volunteer for a charity; get work experience or a part-time job; go to a music festival or gig; learn a foreign language; travel somewhere new; speak in public or in front of the school class; learn to cook; set a personal physical challenge; learn to manage your own money; spend time in nature. Oh, and ‘experience a digital detox’.

Yes, you may say they’re all pretty obvious ideas. But it could hardly be clearer that today’s teenagers are very much in need of this sort of advice.

Indeed, a poll conducted for the award scheme finds that more than half of 14-18-year-olds have never done a part-time job or volunteered to help out in their communities — and astonishingly, as many as a fifth say they’ve never been for a walk or a hike in the countryside. Too busy checking their smartphones, I reckon.

Meanwhile, a separate poll finds solid evidence that the Duke of Edinburgh’s scheme succeeds in what it sets out to achieve. 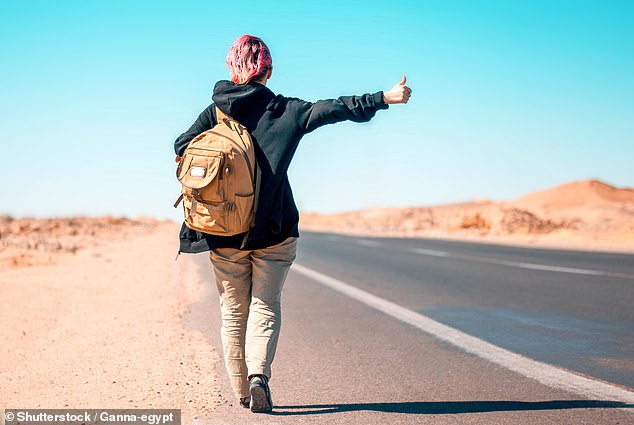 For the most part, however, the list is full of worthy, common-sense suggestions for improving teenagers’ enjoyment of life, bolstering their social skills and sense of self-respect and setting them up for a future in the world of work [File photo]

As for my own suggestions to add to the scheme’s list, at the risk of sounding pious I’d recommend practising politeness.

It’s amazing how far ‘please’, ‘thank you’ and an ‘after you’ can get you in life.

Otherwise, I’d suggest keeping a diary, learning a musical instrument and committing a few poems to memory. You’d be surprised how easy it is to remember them when you’re young, how they tend to stay with you for life — and how impressed people tend to be if you can quote even a few lines off by heart.

I have one final tip to pass on to the young, which I’ve found invaluable for seeing me through the worst that life has thrown at me.

When the world seems against you, everything is going wrong and you’re on the brink of despair, try thinking of the mud, the barbed wire, the shellfire, rats and rotting corpses in the trenches at the Battle of the Somme.

Suddenly you’ll start to see things in perspective — and nothing will seem half so bad.

If my fellow addicts are anything like me, they may even find it works for them when the internet goes down, bringing life as we know it to a juddering halt.