Tom Watson insists Max Mosley is a ‘friend of mine’

Tom Watson yesterday insisted Max Mosley is still a friend despite the damning revelations about his racist past.

The deputy Labour leader launched an extraordinary defence of the ex-Formula One boss and his ‘very unusual life’ as he maintained he will not hand back more than £540,000 he has received from him.

Last month, the Daily Mail revealed that Mr Mosley published a racist leaflet linking non-white immigrants to diseases such as tuberculosis in a 1961 by-election campaign.

But Mr Watson said he should ‘not be thrown to the wolves’.

Asked if Mr Mosley was still a friend, Mr Watson told the BBC’s Andrew Marr Show yesterday: ‘Yes, he is a friend of mine, and he does have totally different views.

‘Look, he’s had a very unusual life. His father was a fascist leader. You can’t decide who your father is, but you can have redemption.

‘I believe in redemption in our society and I believe that Max Mosley, 50 years on from that leaflet, is a very different person.’

Mr Watson persisted in defending Mr Mosley when confronted with quotes made by him as recently as this month, when he claimed in a Guardian interview it was ‘perfectly legitimate to offer immigrants financial inducements to go home’.

Mr Watson said he would not return donations from Mr Mosley, who gave him more than £540,000 over three years.

A string of senior Tory figures have called for Mr Watson to give back the money, including the party’s deputy chairman, James Cleverly. 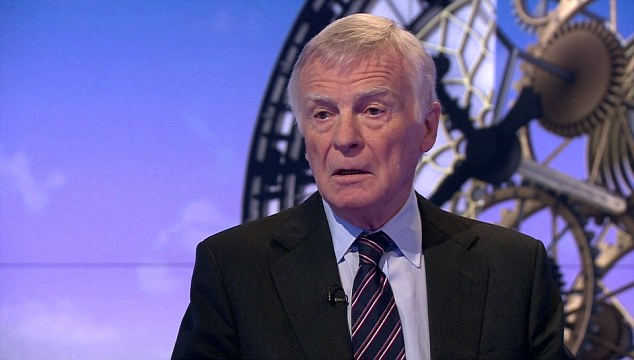 Defending the cash, Mr Watson said it had been given because Mr Mosley ‘admired’ the work he had done on calling for increased regulation of the Press.

He added: ‘The money has been invested in research and campaigning, and I am not going to resile from my respect for Max Mosley’s campaign on media reform just because the Daily Mail want me to. I’m not going to throw Max Mosley out to the wolves because he is courageous enough to come through family tragedy and campaign for change. There are very few of us out there.’ A pamphlet published by Mr Mosley in support of a candidate for his father Sir Oswald Mosley’s Union Movement was unearthed in historical archives in Manchester last month. Its emergence led the Daily Mail to ask whether Mr Mosley lied at his orgy privacy trial.

But the Mail tracked down the pamphlet in an archive. It states: ‘Published by Max Mosley.’

Mr Mosley – via a family trust – is almost single-handedly bankrolling controversial state-approved press regulator Impress, which is shunned by every national newspaper.