Tom Watson’s £20,000 fiesta of freebies from Glastonbury to Wimbledon

Tom Watson received tickets to Glastonbury Festival, the X Factor final and Wimbledon as part of £20,000 of freebies that he enjoyed as an MP.

The total makes him by far the biggest claimant of free tickets in Jeremy Corbyn’s Shadow Cabinet.

An examination of Labour’s former deputy leader’s parliamentary register of financial interests has revealed he enjoyed a £2,445 Glastonbury freebie – five tickets and hospitality – courtesy of ticket agency Live Nation in 2017.

And last year Mr Watson received a ticket and hospitality worth £776 – courtesy of the Performing Rights Society (PRS) – to see his favourite bands there.

Among the other concerts he saw free of charge were 1980s rock band The Cure in Hyde Park in July 2018, receiving two tickets and hospitality worth £1,100.

The donor was again the PRS, which collects and distributes money on behalf of songwriters, composers and music writers and has 140,000 members.

Earlier this month the head of the PRS, Andrea Martin, came under fire over her support of Mr Watson’s controversial recent appointment as chair of UK Music, an umbrella group that represents record labels, composers, publishers and promoters.

Mr Watson’s selection has triggered an extraordinary backlash, with critics furious over his role in the VIP child sex abuse scandal – in particular, his support for fantasist and serial liar ‘Nick’, real name Carl Beech.

Now his opponents may have reason to question his judgment again after details emerged of his publicly declared freebies for music, sport and TV events between 2017 and 2019, when he was his party’s shadow secretary of state for culture, media and sport.

A ticket to last year’s National Television Awards, including hospitality, had a value of £1,330, while two Bafta Awards tickets were worth £2,140.

Three passes and hospitality for the 2018 British Grand Prix at Silverstone were worth £1,674, and he found time to accept five tickets and hospitality to watch Arsenal vs Huddersfield at the Emirates Stadium with a total value of £1,750. 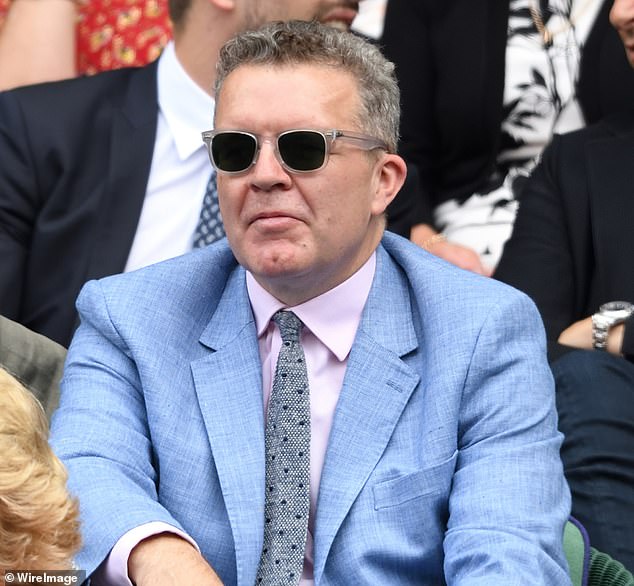 Tom Watson sits in the royal box on day three of the Wimbledon, 2018

Former Tory MP Harvey Proctor, falsely accused of child sex abuse and serial murder by Beech, said of the freebies: ‘This is clear evidence that Mr Watson was a freeloader while in the House of Commons.

‘There is no justification for him accepting all these free tickets. He was not acting in the interests of his party when he attended these events. It calls his judgment into question yet again.’

Mr Watson declined to answer questions from the Mail over why he had accepted so many freebies.

A spokesman for Mr Watson said: ‘As shadow culture secretary, Tom Watson – along with MPs from all political parties – was fortunate to attend a range of cultural and sporting events.

‘As chair of UK Music, his entire focus is on working with ministers and MPs to help the music industry, which employs 190,000 people in the UK, recover from the devastating impact of coronavirus.’