By Andrew Court and Josh Saunders For Dailymail.com

Conservative pundit Tomi Lahren has admitted her new athleisure clothing line is not manufactured in the US – despite its star-spangled designs and the brand being billed as ‘fiercely patriotic’ .

The 27-year-old Fox Nation star took to Twitter on Friday to share a statement from Alexo Athletica – the label with whom she has partnered for her ‘Freedom’ range.

‘Like many American small business owners, Alexo aims to be Made in America. We are working towards that,’ Lahren wrote.

She then shared a screenshot of a message from the company’s CEO, Amy Robbins. 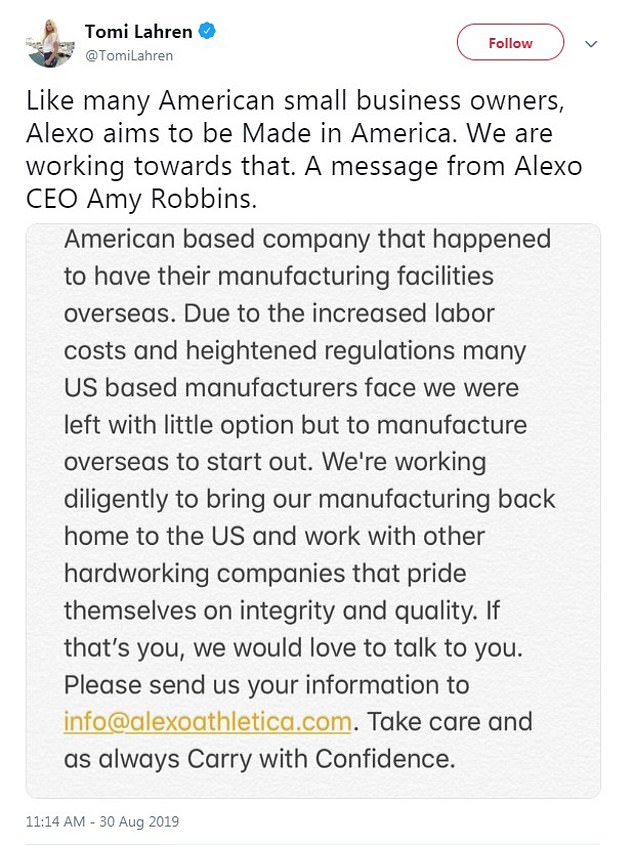 ‘Due to the increased labor costs and heightened regulations many U.S.-based manufacturers face, we were left with little option but to manufacture overseas to start out,’ Robbins’ statement read.

‘We’re working diligently to bring our manufacturing back home to the U.S. and work with other hardworking companies that pride themselves on integrity and quality.’

Whilst Lahren didn’t specifically state where the clothes were manfuactured, many of Alexo’s garments have been made in China.

After the blonde shared her tweet and the accompanying statement, she was met with backlash from fellow social media users.

‘Translation: ‘We care more about profits than we do about American workers.’ Great example of sanctimonious hypocrisy,’ one person wrote.

‘You’ve never been the one to practice what you preach so this is not surprising,’ another added. 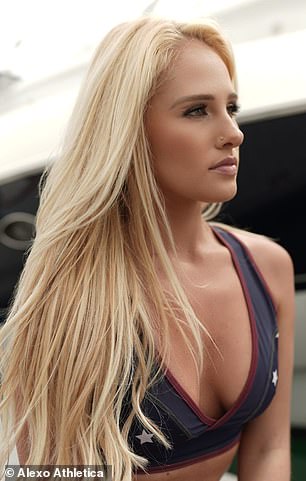 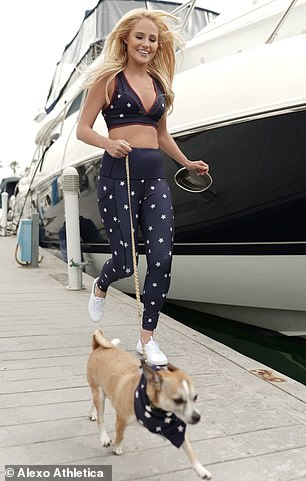 Lahren is pictured wearing part of her ‘Freedom’ line, which has red, white and blue designs along with a star-spangled print (right)

Designs in Lahren’s ‘Freedom’ range include a sweater for $69, leggings at $89 and a bomber jacket for $99, which Lahren has previously stated proudly reflect her American values.

During a promotional video, she stated of the clothes: ‘The young people they want something that says, I’m proud to be an American, I believe in freedom, I love the United States military.

‘That’s what these patterns really represent.’ 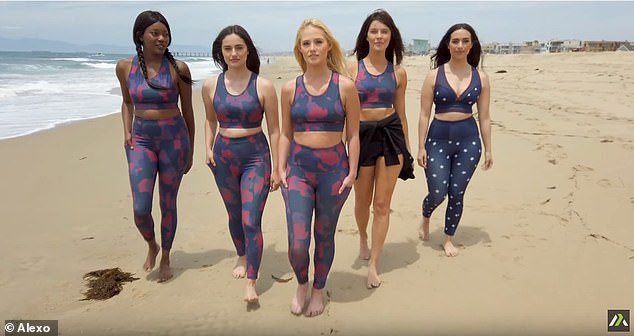 Lahren has also came under fire for partnering with Alexo, especially since some of its clothes include built-in gun holsters.

And although Lahren’s ‘Freedom’ line does not have gun carrying capabilities, she reiterated her belief in the Second Amendment along with other patriotic slogans.

Lahren said last week:  ‘I think there are a lot of young girls out there that don’t feel like they have a brand that represents their freedom.

They don’t believe they have a brand that represents their rights.’ 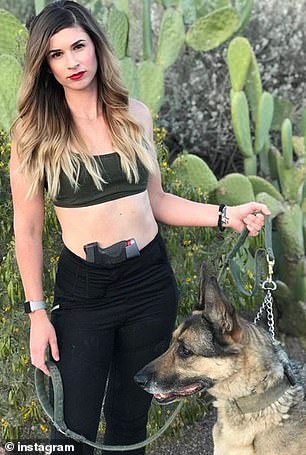 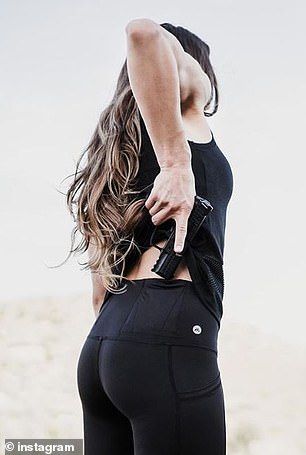 Lahren was also criticized over partnering with brand Alexo Athletica who make pants with gun holsters inside of them. They can carry a weapon under 23 ounces. The pants in Lahren’s line does not have a gun holster