Fox News personality Tomi Lahren admitted she kicked her dog Kota while she was presenting live on air in a brutal attempt to keep it quiet.

The contributor recounted the beating on Wednesday in an Instagram live saying her pet was chewing on her bone ‘as loud as she possibly could’ thus earning her several kicks in an effort to silence her.

‘Why don’t you tell the world what you were doing during my entire Fox & Friends hit,’ Lahren said in the Instagram story to her 1.2million followers.

Fox contributor Tomi Lahren posted an Instagram Live video on Wednesday where she admitted that she beat her dog Kota, above, because she was chewing her bone too loudly 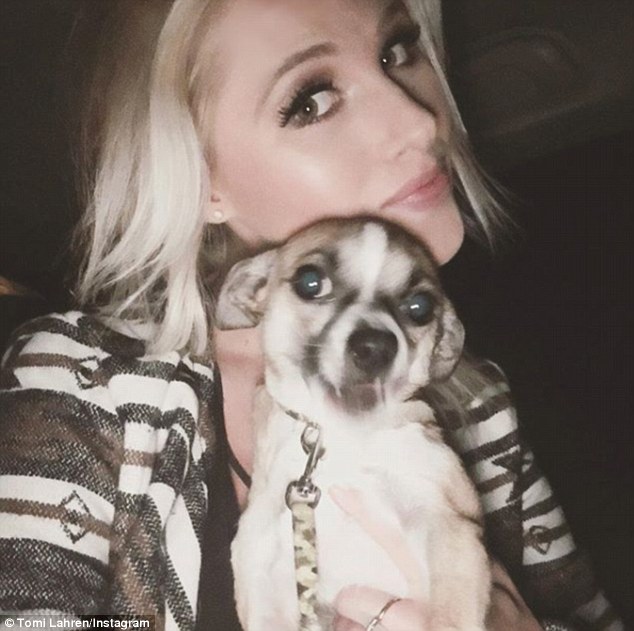 Lahren, with Kota above, said she kicked her pet to stop her from chewing so loudly as she filmed the Fox & Friends segment live

‘Oh I know, chewing on her damn bone as loud as she possibly could. So I had to kick her about five times during the show,’ she added.

In a subsequent Instagram video she is seen lovingly petting Kota saying: ‘If you don’t think little Kota gets treated like a queen you clearly don’t know little Kota. That’s for dang sure. Right Kota?’ 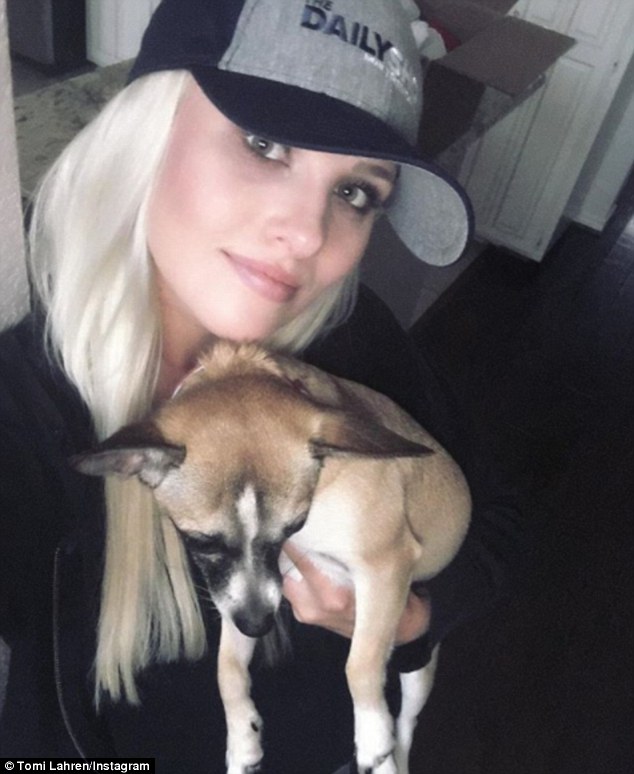 Lahren with Kota above in an image from last summer, followed up her kicking confession with another video claiming she treats her pet chihuahua like a ‘queen’ 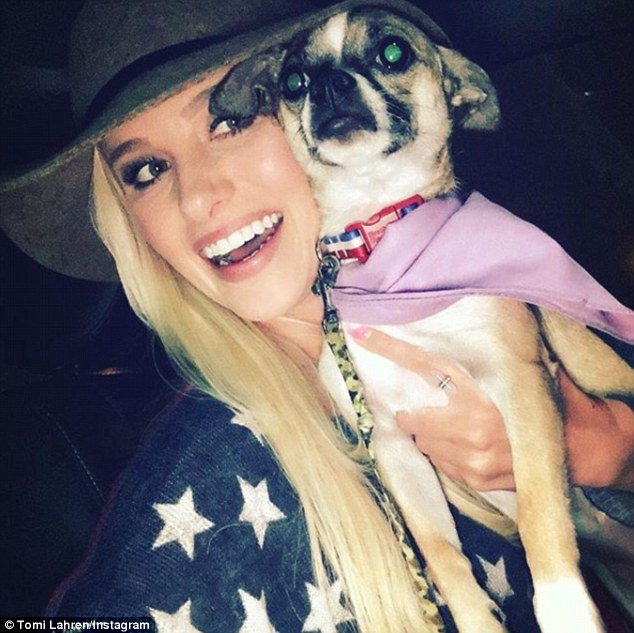 The conservative correspondent, dressed in American flag garb, posts many images with Kota on her social media 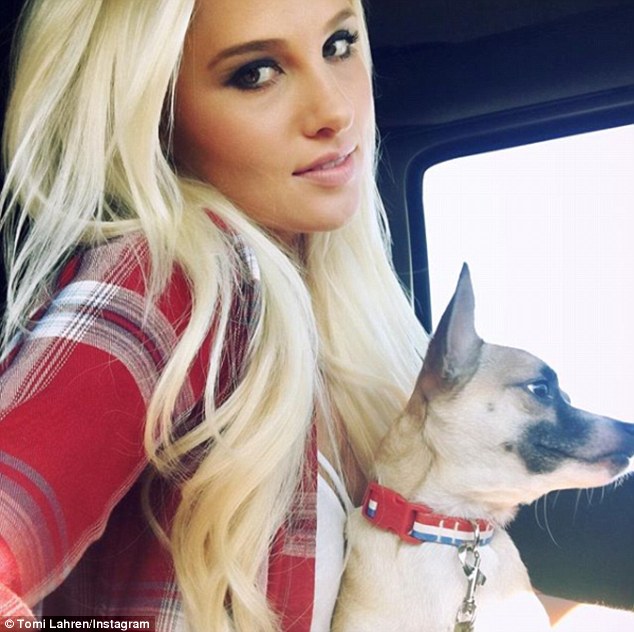 She posted this image March last year with the caption: Here’s to the creatures that always love and never judge #nationalpuppyday #Kota 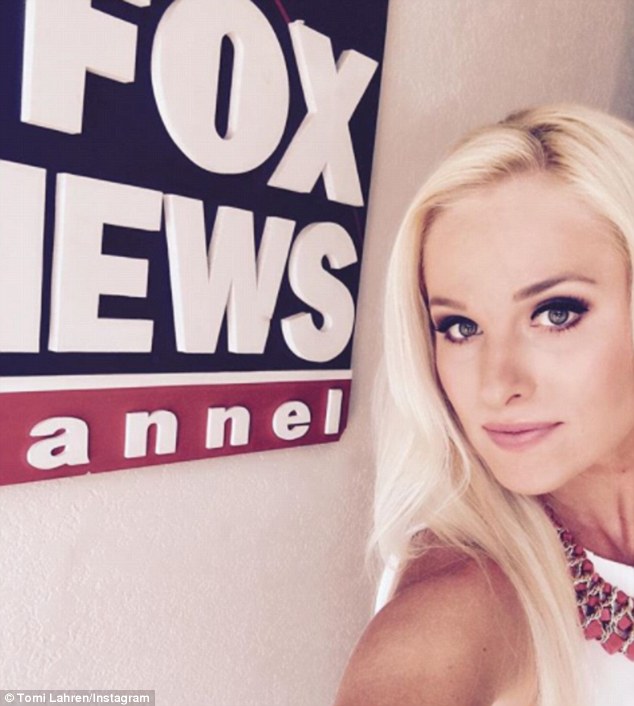 Lahren hasn’t responded to inquiries over her treatment of her dog.

Last month Lahren made headlines after she made a statement that brushed the Stoneman High School shooting victims the wrong way, causing a student to call her out.

Lahren tweeted in the aftermath of the massacre that killed 17:  ‘Can the Left let the families grieve for even 24 hours before they push their anti-gun and anti-gun owner agenda?. My goodness. This isn’t about a gun it’s about another lunatic’.

Her message prompted a student at Stoneman Douglas to tweet back a sharp retort.

‘I was hiding in a closet for 2 hours. It was about guns. You weren’t there, you don’t know how it felt,’ Carly Novell wrote. 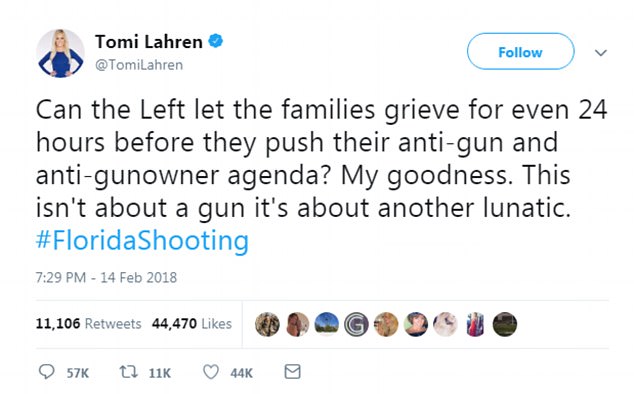 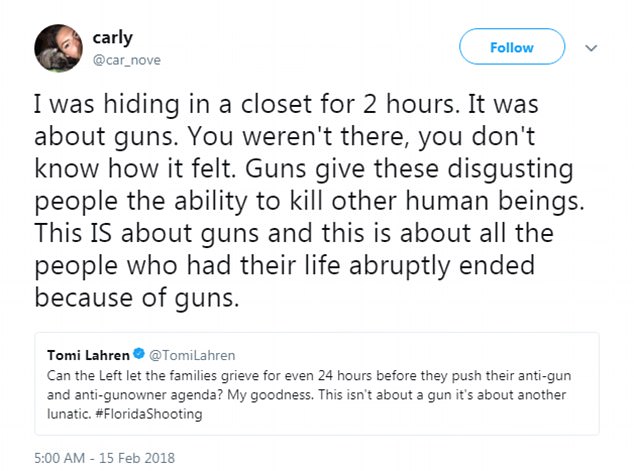 Carly Novell hit back at Lahren, saying her friends had their lives ‘abruptly ended because of guns

‘Guns give these disgusting people the ability to kill other human beings. This IS about guns and this is about all the people who had their life abruptly ended because of guns,’ she added.

She later told CNN: ‘I had just woken up and I was really upset and I just needed to say something. I think it’s different when you hear it from someone who was there and I hope it impacted people more because it was so heart breaking to hear what was happening.

‘While we were in there we were talking about gun control and how something needs to change. We were in a closet and still thinking about this.’