Tommy Fleetwood’s caddie may take a while to live down his lack of shot-stopping ability on the European Tour after an embarrassing moment at the WGC-HSBC Champions.

Fleetwood found himself in a water hazard at the 14th in Shanghai and was forced to take a drop.

Given the relatively simple task of keeping the ball out of the water once more, Ian Finnis somehow let it roll back into the pond, much to the amusement of everyone watching. 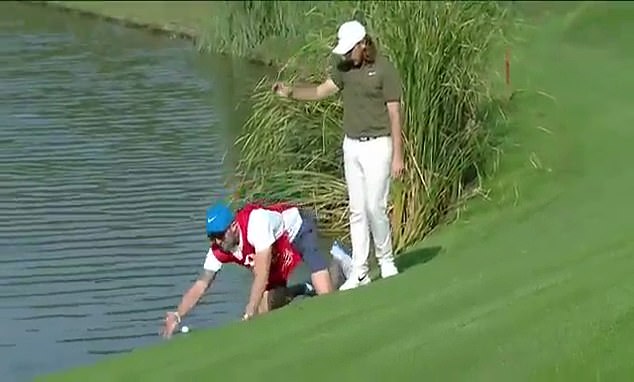 His caddie, Ian Finnis, was in place to stop the ball rolling back into the water hazard 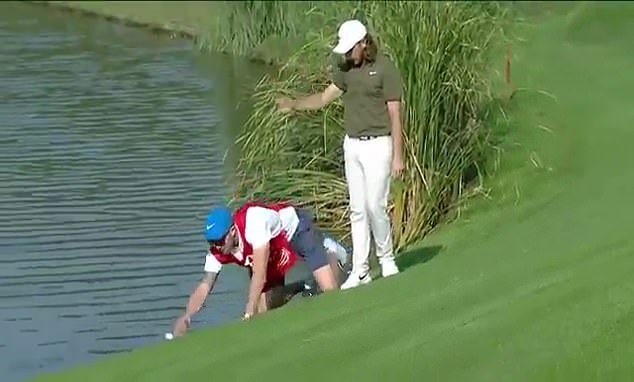 To make matters worse for Finnis, he is married to former England and Everton goalkeeper Rachel Brown-Finnis, making it clear who wears the gloves in their relationship.

Flagging up the gaffe to his wife, The European Tour Twitter account posted the clip online along with the caption: ‘Oh Fino! Back to the training ground, right @rach_brown1?’

Fleetwood saw the funny side of it, grinning as he went back to his bag along with Finnis to search for another ball. 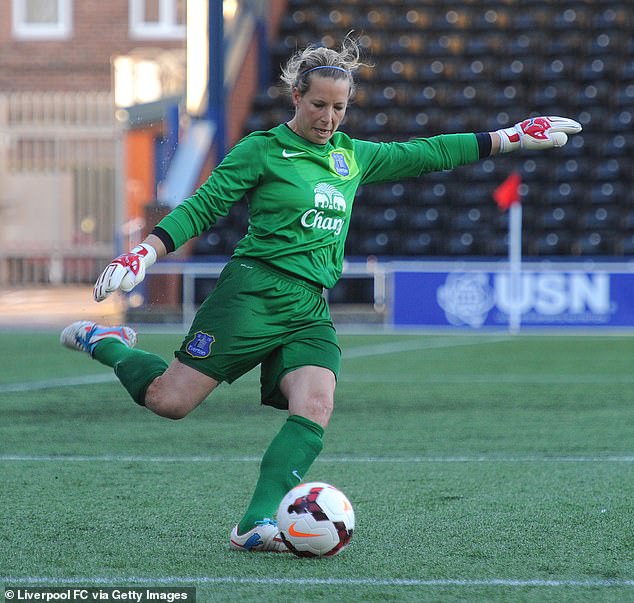 The smile was soon wiped off his face however, as he three-putted on the green to lose ground at the top of the leaderboard.

Despite the setback, the 27-year-old is still well placed going into the final day at the Sheshan Golf Club.

The Englishman, who has four tour victories to his name, is tied fifth, five shots behind the leader, American Tony Finau. 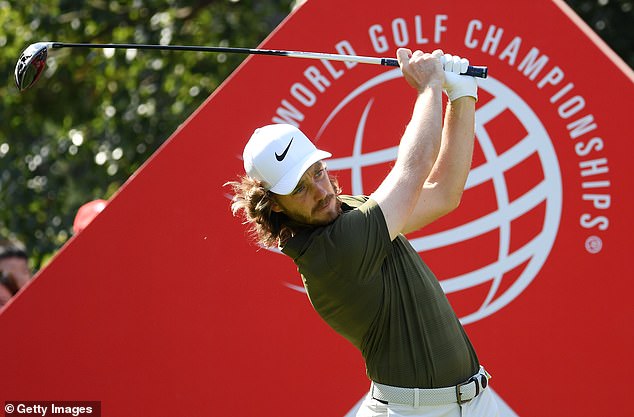 It could have been so much better for the 38-year-old, having turned in 33 to open up a one-shot lead

However Rose, who could move back to the top of the world rankings with a win, dropped three shots on the final two holes.

Meanwhile, Rory McIlroy’s problems continued with a 75 and the four-time Major champion is tied for 60th on eight over.