Tommy Fury may ‘s*** himself on the big stage’ when he fights Jake Paul, predicts KSI

Tommy Fury may ‘s*** himself on the big stage’ when he takes on his fierce rival Jake Paul, predicts fellow YouTuber turned boxer KSI… who also questions whether he will ‘be able to act on the night’ in grudge match

Tommy Fury will struggle to handle the occasion when he takes on his fierce rival Jake Paul, YouTuber and fellow boxer KSI has predicted.

Paul, the online sensation turned professional fighter, will face off against Fury on December 18 in Florida – his first bout against a seasoned opponent in the ring.

And KSI believes former Love Island star Fury will struggle to rise for the showdown, predicting that the 22-year-old will be made to suffer defeat.

Tommy Fury (right) will struggle to rise to the occasion when he faces Jake Paul, KSI predicts 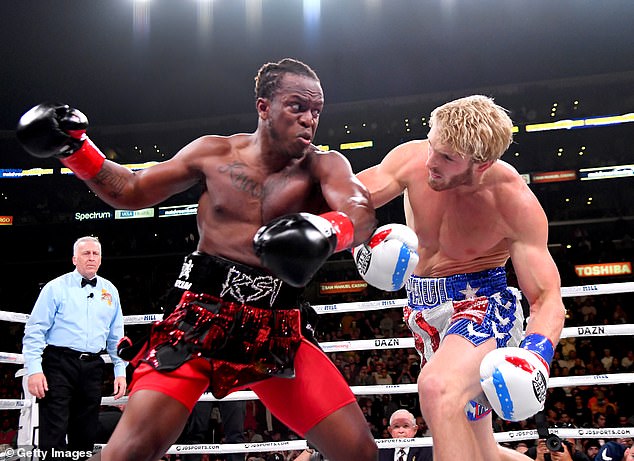 KSI, another YouTuber turned boxer, says he can ‘see Tommy losing’ for the bout next month

‘I see Tommy losing, you know why? I see him s****ing himself on the big stage,’ KSI said, looking ahead to the bad-blooded grudge match.

He also made reference to John Fury, who has cast doubt over whether Tommy will be able to deal with the spotlight against the youngest Paul sibling.

Fury told BT Sport: ‘It’s make or break, for both men, but it’ll hit Tommy harder because Tommy’s supposed to be a professional boxer. 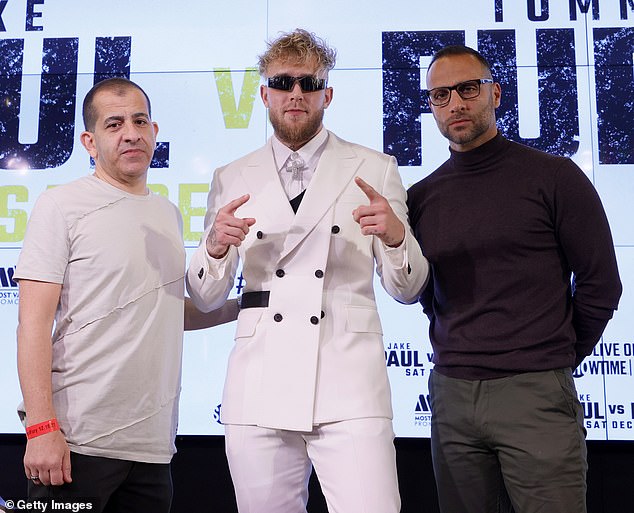 ‘Tommy will work hard, he’ll do what he’s gotta do. Has Tommy got the skill to beat him? Yes. Has he got the power to knock him out? Yes.

‘All it is with Tommy – he’s young, can he handle the big occasion on the night?’

KSI echoed the sentiments of Fury Sr: ‘I think that’s it. He [Fury Sr] knows you’ve got everything, you’re ready, you could f*** him up, but will you be able to act on the night? And he [Fury Sr] is just not sure.’ 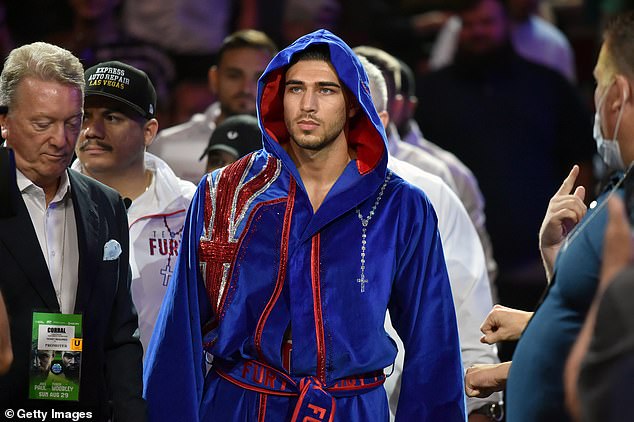 Fury, meanwhile, is the more experienced of the duo.

He has won his first seven professional encounters, and has been training with his half-brother, Tyson.

KSI has twice fought Paul’s brother, Logan, in two exhibitions in 2018 and 2019. They played out a draw in their first meeting, before the former triumphed in the rematch.

Meanwhile, Paul has taken another swipe at Fury by choosing to mock his latest training session with heavyweight champion Tyson. 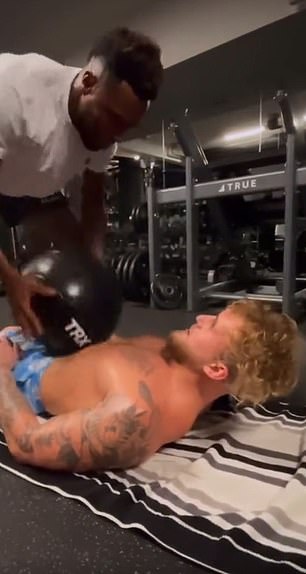 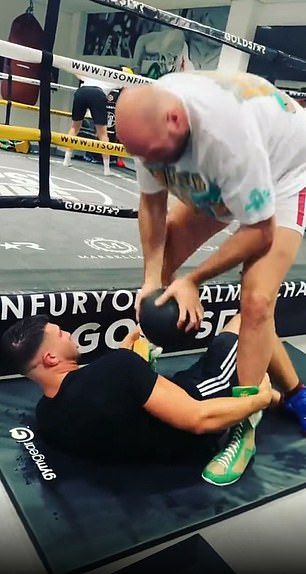 Recently, the Gypsy King shared a video of himself putting Tommy through his paces by hammering a medicine ball into his midriff.

The footage was quickly pounced on by Paul, who took to Instagram to share a clip in which he was also enduring big blows to his stomach. 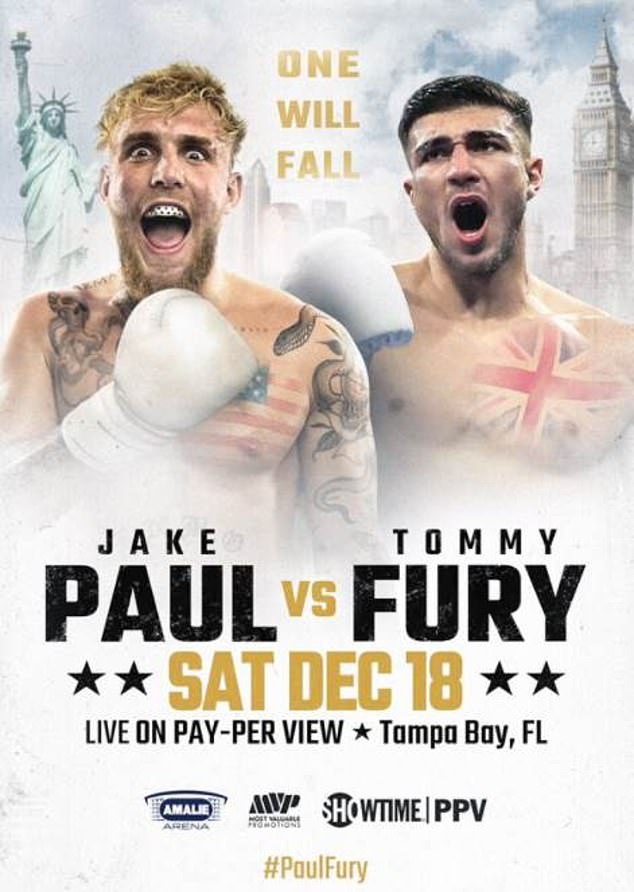 Imitating Tommy, Paul said: ‘I love you Tyson, you’re the best brother ever. Thank you for promoting this fight for me.’

His trainer then chipped in: ‘You better knock this dosser out!’

Paul quickly replied in a questionable English accent: ‘I’m going to knock him spark out for the UK.’